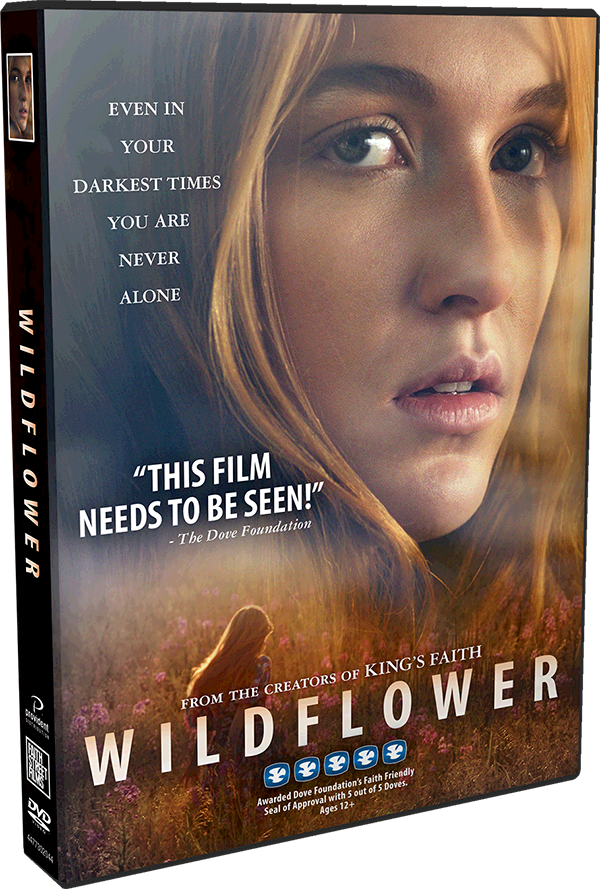 Wildflower DVD – Dealing With The Past
#review #giveaway

I received the Wildflower DVD from IconMediaGroup to watch and let you know what I thought.  Looking at the previews that I found online, it looked like a really good movie.  Unfortunately, there are many of us who have people in our family, or in our lives that deal with a mental illness, or problems that people just can’t explain.  Seeing this movie and the story that goes with it, might help open up conversation on this topic, and let the people that are dealing with it know that’s it’s okay to talk about it!!  In years past, everyone has been scared to admit they have a certain problem.  By getting the dialogue going, it helps them know that they aren’t weird, or crazy…they are just dealing with something that might have a cure, or a way to control it.

The movie is really interesting.  You think there is one thing going on, and then it switches to make you feel there’s another.  It really makes you think and realize that there are people out there with mental problems, and not all of the time are they not worth listening to.  I know there are some that ramble and don’t really know what’s going on…but like the character in this movie, if you finally take a chance and listen, there might be some grain to the story!!

There were some really exciting parts to the movie, amazing artwork, great acting.  I would definitely recommend it to families (of older kids), church groups, or people wanting to know more about how to deal with disabilities, child trauma or family issues.  Thanks to IconMediaGroup for letting us watch it, and post about it.

Creatively gifted with a resilient spirit, college student Chloe Moray finds solace from a difficult childhood in her art. But when a terrifying dream begins to recur night after night, Chloe starts to believe that it might be a suppressed memory and that she may be connected to the strange disappearance of a teenage girl twelve years earlier. Her search to find the answers sends her on a journey that forces Chloe to confront her own past traumas, while at the same time, helps her unlock a mystery that may bring a killer to justice.

In addition to the movie, planned partnerships with agencies and ministries will enhance advocacy on behalf of those who are struggling with physical and mental traumas. There is no end to how WILDFLOWER can impact lives as it helps build compassionate awareness for these vitally important issues and gives a voice to those who may have yet to be heard.

Nathalia Ramos (Chloe) was born in Madrid, Spain, and broke into Hollywood with her role as Yasmin in BRATZ: THE MOVIE, and more recently as the star of Nickelodeon’s HOUSE OF ANUBIS series, where she portrayed American student Nina Martin who moves to England to live in a boarding school where strange things happen. Nathalia recently starred in the films RESIDENT ADVISOR and GALLOWS HILL. When not acting, she is working toward completing her degree in Political Science (wth a focus on Southeast Asian politics) at the University of Southern California. Nathalia is also a co-founder of Teens for Teens, an organization that empowers youth to get involved in supporting less-fortunate teens. Fluent in both Spanish and English, Nathalia has also been teaching herself Vietnamese.

Cody Longo (Josh) recently finished filming PROMOTED, a comedy in which he has the lead role. His other movies include HIGH SCHOOL, FAME, NOT TODAY, FOR THE LOVE OF MONEY, and PIRANHA 3D. Cody is best known for his role as the series lead on Nickelodeon’s HOLLYWOOD HEIGHTS. His other television work include series lead roles on Fox’s pilot SANTA CRUZ and NBC’s LOVELIVES; major recurring roles in CSI: NY, MAKE IT OR BREAK IT, and BROTHERS & SISTERS; and memorable guest roles on CSI, THREE RIVERS, and MEDIUM. Cody is also an extremely gifted singer and dancer and played “Fiyero” in WICKED during its run at the Pantages Theatre in Los Angeles.

Shari Rigby (Nicole) began her career in modeling and commercials in Phoenix. After moving to Los Angeles, she began her acting career at an age when many actresses are retiring. A lead actress in the Dove Award-winning video “Slow Fade” by Casting Crowns, Shari has appeared on THE YOUNG AND THE RESTLESS and THE BOLD AND THE BEAUTIFUL. Her feature films include NOT TODAY and OCTOBER BABY. Since OCTOBER BABY, Shari has spoken to more than 70,000 people as a motivational speaker and is finalizing her autobiography, Beautifully Flawed. She has hosted events for the Billy Graham Evangelistic Association and Samaritan’s Purse. Shari founded “The Women In My World,” a group focusing on identity, purpose, and ministry in Hollywood. Shari is also a devoted mother to two boys, Donnie and Levi, and has been married to Matt for 17 years.

Enter To Win a DVD:

I encourage them to keep going as much as I am able.I try and make myself available if they need someone to talk things out with.

This sounds pretty intense. You do review the coolest movies!! Thanks for sharing with us on Thursday Favorite Things.
Cheers,
Jennifer
http://awellstyledlife.com