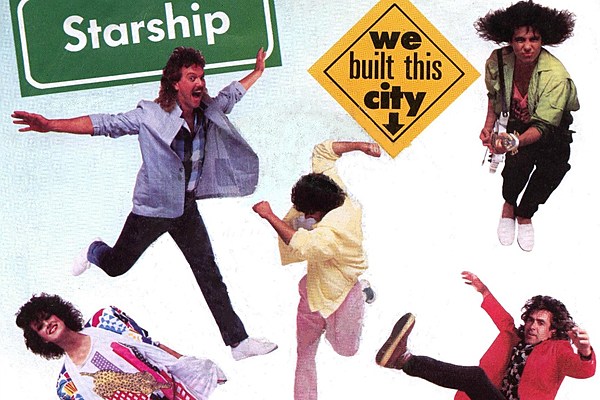 So starting on this beautiful Monday of the week, I’ll give you a little look into my life and past with “Things That Brings Back Memories” for me.  This Starship song We Built This City is one that a lot of us remember.   So many of us would give each other that “look” when this came on the radio and then start our rendition in karaoke mode!! 🙂  Apparently listeners loved it, sending it to the top of the Billboard charts.  But since then it’s topped (or placed) in critics’ lists in publications like Blender and Rolling Stone as one of the worst popular tunes ever recorded.  How sad!  I never thought it was a bad one.  Have you ever heard of this song?  Check it out here:

Things That Bring Back Memories - Who remembers We Built This City by @starshipcontrol? #MondayMemories Click To Tweet

About the We Built This City Song: 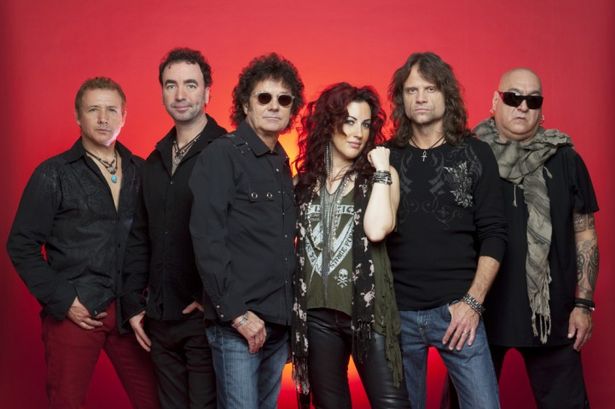 We Built This City is a 1985 song written by Bernie Taupin, Martin Page, Dennis Lambert, and Peter Wolf, and originally recorded by US rock group Starship and released as their debut single on their album Knee Deep in the Hoopla.

Commercially, the single reached number one in Australia, Canada, and the United States, the top 10 in Germany, Ireland, Sweden, and Switzerland, the top 20 in Belgium, New Zealand, and the United Kingdom, and number 21 in Austria and the Netherlands. It has appeared on several “worst song” lists, topping a 2011 Rolling Stone poll of worst songs of the 1980’s by a wide margin.

What exists of a narrative in the song consists of an argument between the singers (Mickey Thomas and Grace Slick) and an unidentified “you”, presumably a music industry executive, who is marginalizing the band and ripping them off by “playing corporation games” (“who counts the money underneath the bar?”). In response to this injustice, the singers remind the villain of their importance and fame: “Listen to the radio! Don’t you remember? We built this city on rock and roll!” A spoken-word interlude explicitly mentions the Golden Gate Bridge and refers to “the city by the bay”, a common moniker for Starship’s hometown of San Francisco; Starship’s predecessors, Jefferson Airplane and Jefferson Starship, were prominent members of San Francisco’s psychedelic rock scene in the late 1960’s and into the 1970’s. However, the interlude then rapidly refers to the same city as “the city that rocks”, a reference to Cleveland, Ohio (home of the Rock and Roll Hall of Fame and Museum), and then “the city that never sleeps”, one of the nicknames for New York City. Capitalizing on the ambiguity, several radio stations added descriptions of their own local areas when they broadcast the song, or even simply added their own indent in its place. 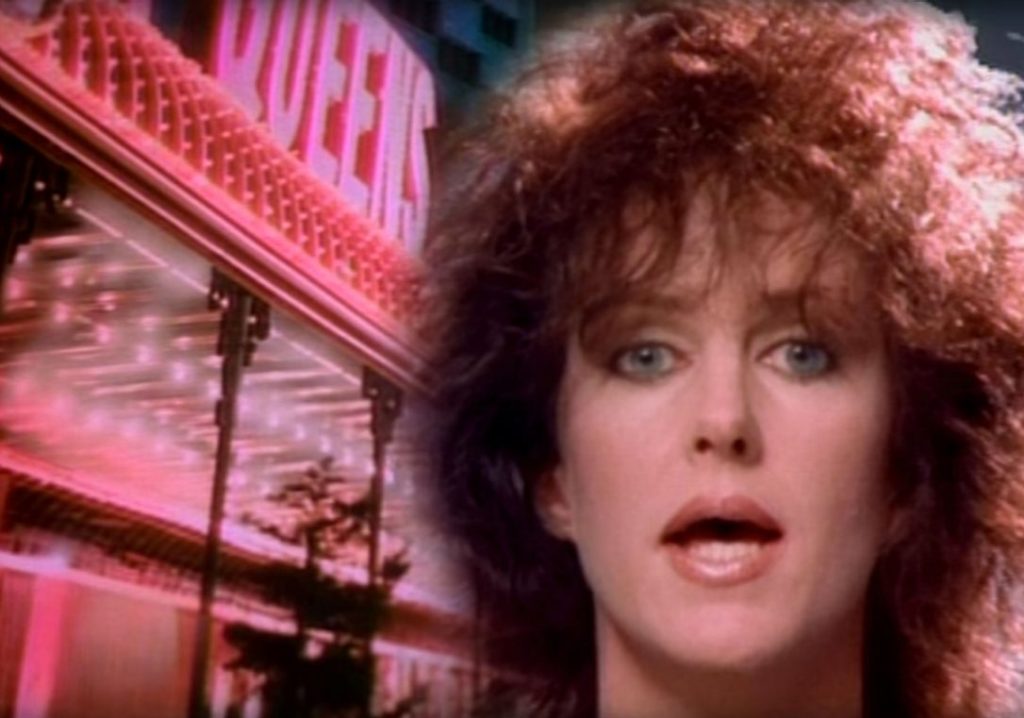 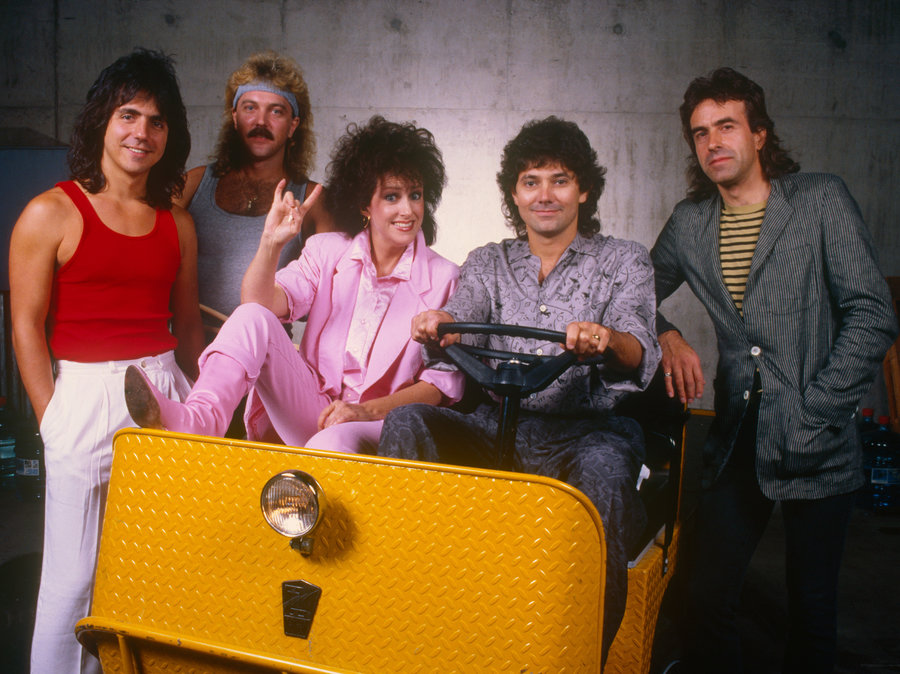 Mickey Thomas joined joined Jefferson Starship in 1979. Mickey’s voice had become legendary after recording “Fooled Around and Fell in Love” with the Elvin Bishop Band and he was planning to pursue a solo career. Jefferson Starship quickly proved to be the right decision as they recorded their first hit, “Jane”, almost immediately after getting together.

In 1985, Starship released the album that would come to define the eighties, Knee Deep in the Hoopla. Featuring two #1 hits – “We Built this City” and “Sara” – the album reached #7 on Billboard and went platinum.

Starship followed- up their initial success with another #1 single, “Nothing’s Gonna Stop Us Now” featured on the soundtrack for Mannequin. As Starship continued to reach the top of the charts, MTV infiltrated pop culture and the band released videos for all of their hits that are still popular today. Starship music is featured in the soundtracks for “Rock of Ages,” “Guardians of the Galaxy,” “Skeleton Twins,” and most recently on the popular TV series “Glee”.

Starship is on tour now, delighting audiences around the world.

Oh what a great song! I love how music brings back so many memories!

I agree – music is amazing for that. Now I just wish I could remember where I put my keys! 🙂

I was 7 and I remember the song very well. I didn’t realize they also sang Sara and the song from the movie Mannequin. Great 80s hits indeed!

It’s fun to find out new details about different bands, and songs. 🙂

Seeing this reminded me of another one of their songs “Nothing’s Gonna Stop Us Now” which was from the movie Mannequin. I watched that movie so much as a kid and had such a crush on Andrew McCarthy.

I love how music can bring back memories! 🙂

I don’t remember this song it may have been before my time lol. Nothing like some good nostalgia!

Of Course I remember, how could I forget? I love this song. This section of your blog always has the most interesting of posts. Old songs will never run out so I look forward to reading these often!

I love how music can bring back memories! I can’t remember yesterday very well, but can tell you where I was and what I was doing for most songs!! ha/ha