(I received this CD from FlyByPromotions and was asked to listen to it and give my opinion.  Full disclaimer below)

The sampler CD soundtrack that I received, featured Blake Rayne, The Morph Kings, 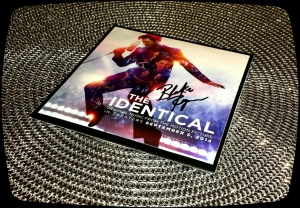 The Ricky Reece Band, Darcey & Mo, Christopher Carmichael and Klaus Badelt.  The real soundtrack has many more artists and titles that will be included in the lineup.  If you’re into “The King” style or bluegrass types of music, you’re going to love it.  Even the track #12 called “One Child (New Life Theme)” by Christopher Carmichael and Klaus Badelt is one that would be great as background music for a dinner evening, etc.  All of the music has a wonderful sound and makes you feel like you’re at the concert listening.

The movie is set to be released on September 5th, so if you are a fan of country, Elvis, 50’s music, church, etc. you are going to love it.  I’ve inserted
information below on the movie so that you can see more of what it is about.  Set your reminder on your phone to be sure not to miss it! 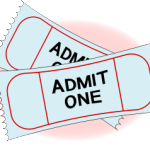 If you want to purchase tickets up front for the movie, head over to: http://theidenticalmovie.com/tickets

Thanks to Laura Beth at FlyByPromotions for letting me listen to this great music and get the word out about it for you to find out about the great movie and the soundtrack based on it before much of the rest of the world!

Also as a treat for my readers, you’re able to get a free song from the soundtrack of this movie, just head over to: http://theidenticalmovie.com/freesong 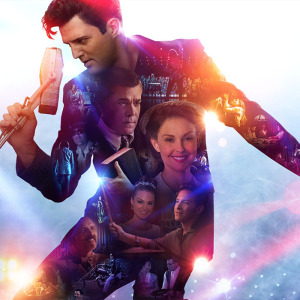 THE IDENTICAL tells the compelling story of twin brothers unknowingly separated at birth during the Great Depression. DREXEL HEMSLEY becomes an iconic 50′s rock ‘n’ roll star, while RYAN WADE (Blake Rayne) struggles to balance his love for music and pleasing his father. The Reverend Wade (Ray Liotta) and his wife (Ashley Judd) are sure their adopted son has been gifted and called by God to be a preacher. But Ryan challenges his parent’s vision for his life, and unflinchingly chooses to launch his own music career with his best friend (Seth Green). Encouraged by his wife (Erin Cottrell) and employer (Joe Pantoliano), Ryan embarks on an unpredictable, provocative path – performing the legendary music of Drexel Hemsley in sold out venues all across the country.

As the brothers destinies tragically collide, Ryan discovers that Drexel is his identical twin which leads him to question everything he’s ever believed about God, family and his own identity.

THE IDENTICAL is a City of Peace Films production featuring the talents of three generations of the Marcellino family from Nashville, TN. Dustin Marcellino is the first time director, Jerry Marcellino co-wrote the 20 plus original songs with his son Yochanan, who is the founder of City of Peace Films. Yochanan and Don Noes are the two men who propelled the movie to the big screen by raising the production funding and the film’s marketing budget. The movie will be distributed by Freestyle Releasing and will be opening nationwide on September 5th.

Featuring over 20 original songs by Jerry Marcellino and Yochanan Marcellino including: “Your Love’s Keepin’ Me Tonight,” “City Lights,” “Angel of Mine,” “Everybody Knows It” and “Nashville Tonight”.

Enter To Win A CD Here:

About The Production Company 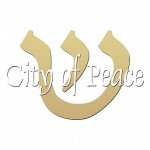 Yochanan Marcellino is the Founder, President and CEO of City of Peace Media and City of Peace Films, formed in 2009 in Nashville Tennessee. Both companies, though separate corporations, consider themselves “sister companies” and beautifully compliment one another by offering the prospective artist a unique set of creative services.

“Whether or not an artist is an entertainment industry veteran, new and emerging, or in the beginning stages of development, these creative services can be offered “a’ la carte” or as a “full service package”, tailored to meet the changing needs and challenges of the 21st century artist”, says thirty five year music industry veteran Marcellino.

The primary focus of City of Peace Media and City of Peace Films is to provide a framework where music, films and video with “redeeming value” can be developed, produced and distributed worldwide, bringing a message of hope, love and encouragement to this generation.

Find out more about them here:

“Disclosure (in accordance with the FTC’s 16 CFR, Part 255: “Guides Concerning the Use of Endorsements and Testimonials in Advertising”): Many thanks to Propeller Consulting, LLC for providing this CD for my review. Opinions are 100% my own and NOT influenced by monetary compensation. I did receive a sample of the product in exchange for this review and post.”

I have heard about this movie. I look forward to checking the movie and music out.

I saw the Identical screening and it’s really good, It has a great message about family and faith. It was way better than I expected.

This is a great movie. I was able to view it ahead of time as a church leader and loved it.