Skip to content
Thank you Momentum Influencers for partnering with me on this Sons of Thunder: Redemption blog post! Many thanks to Pure Flix for providing a temporary subscription for this review. Opinions are 100% my own and NOT influenced by monetary compensation. 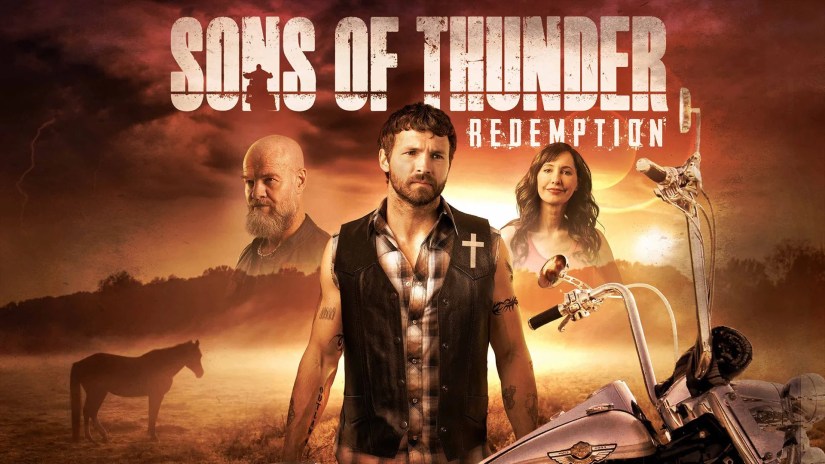 Sons of Thunder: Redemption Season Finale
#SonsOfThunderMIN #MomentumInfluencerNetwork #PureFlix
I was recently introduced to the Sons of Thunder series from Pure Flix and watched the first season in like 2 days, I loved it. Hearing that Sons of Thunder: Redemption Season 2 was coming out, and was going to be a bit different, had me a bit worried that it wouldn’t be as good.  I loved the story from Season 1 and wanted to know if the lunch bag/bible was ever delivered.  This season had a different story, and a twist to it, but with the same premise.  I loved learning about the characters, and rooting for them to do well.  Every time I heard an episode start, the song sounded so familiar.  I had to do some digging and finally found the Fleetwood Mac song called The Chain…and it sounded a lot like the opening number of this series.  Coincidence maybe, but a great sound!

The first few episodes of the Redemption series had us cheering for the family and their farm.  In today’s world of uncertainty with paying bills, we all understand their problems.  Having people stand up to help was a great thing, and something we could all do for our fellow neighbors, family & friends.  The season finale story was amazing!  Seeing the end of the 5th episode, I was amazed to see Lorenzo Lamas in the show.  I had not realized that he was the other cowboy trying to take the farm in the first few series.  He really came to light in the 5th and last episode.  I actually met that guy years ago in California.  He and a friend had come up on their motorcycles to a restaurant that my parents and I always went to.  When he was seated, I walked by and he said “Hi!”  I was in awe!!  It was great to see him in this series.

I have been hooked to the Sons of Thunder: Redemption series, checking the calendar for when each episode would come out.  I was rooting for Jacob and his ex to get back together, rooting for the farm to be saved, rooting for the bad kid to change his ways.  Well, in the last episode (I don’t want to give everything away) it was let’s just say a great ending with a bit of a twist.  Some of the story line made me think that there will for sure be a 3rd series, and if so I can’t wait!!

If you have watched any of the Sons of Thunder: Redemption series (or even last years), what’s your favorite story so far? If you haven’t seen it, does it look like something you would enjoy?  Who would you want to share it with? If you’re not familiar with the series, I’ve added some information below. Let me know in the comments what you think, and if you’ll be trying to watch! 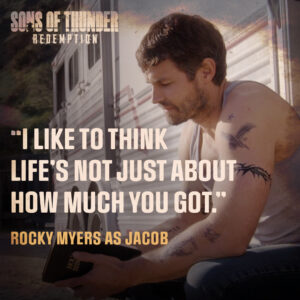 Sons of Thunder: Redemption on @PureFlix was amazing!! Did you watch any of the episodes? Enter to #win a #PureFlix subscription. #SonsOfThunderMIN #MomentumInfluencerNetwork Find out more at Click To Tweet 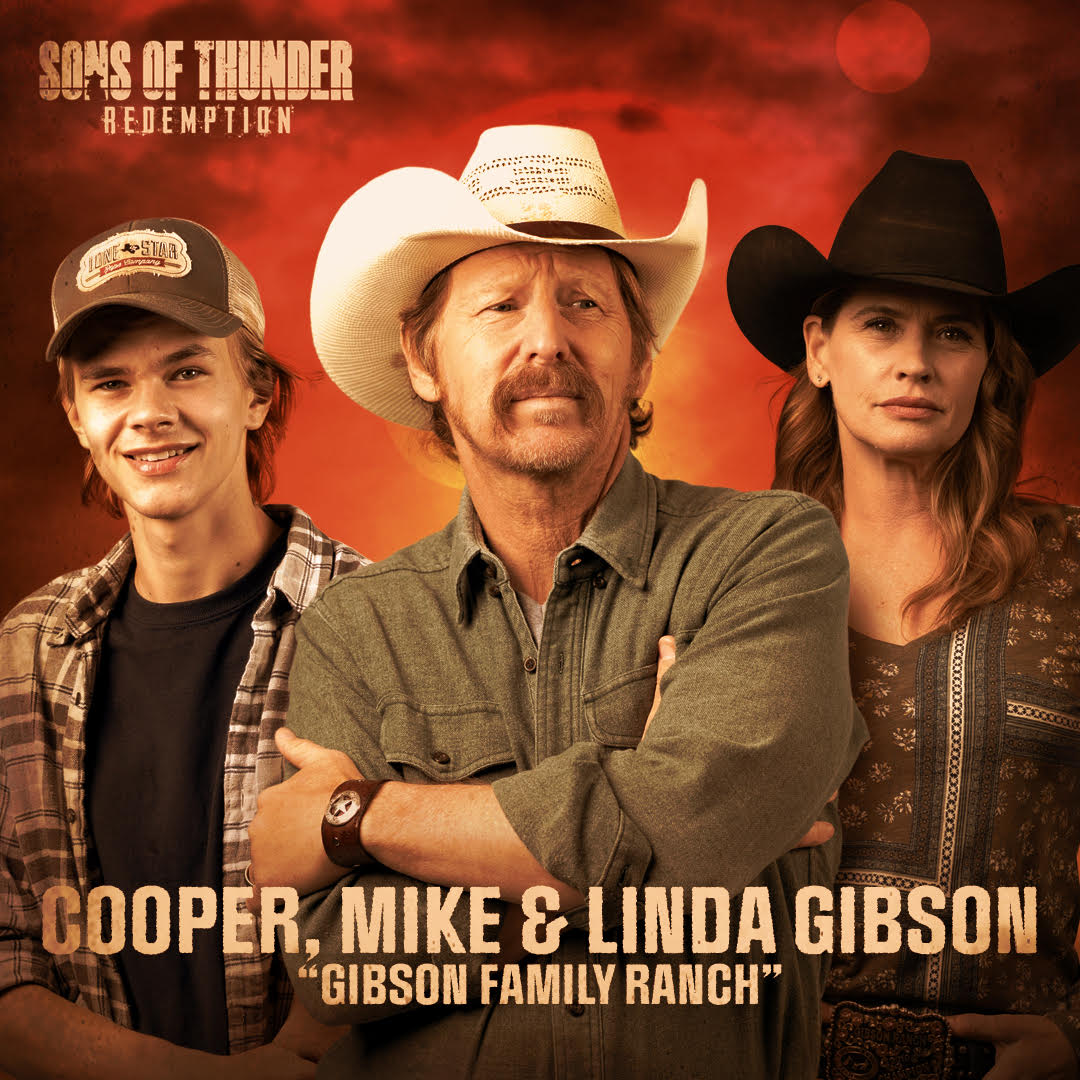 About Sons of Thunder: Redemption:

After being released from prison, a former biker gang member tracks down his ex-fiancé at a ranch on the brink of foreclosure to reconcile, but the biker gang that he betrayed isn’t far behind him. 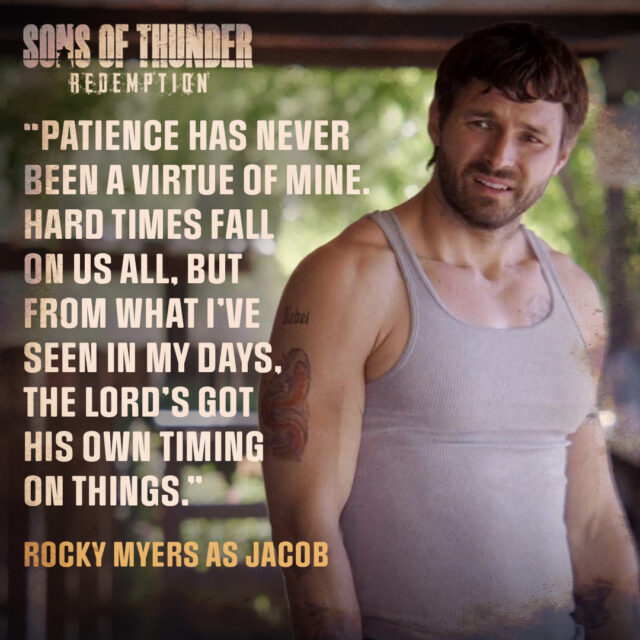 “And James the son of Zebedee, and John the brother of James; and he surnamed them Boanerges, which is, The sons of thunder” -Mark 3:17 (KJV ) 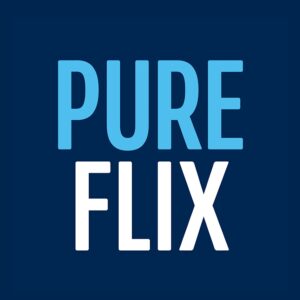 Pure Flix is a Christian entertainment platform working to provide a safe place for all ages to stream content. Our content is pure, wholesome, and family-friendly! The Pure Flix team is full of people just like you who are dedicated to wholesome entertainment! We believe that, when given the choice, people want to be able to stream wholesome, family-friendly titles that carry a great message! Join our community FREE! Get a FREE trial at https://pureflix.com/yt If you have any questions or comments, please feel free to email us (support@pureflix.com) or comment below! #PureFlix #PureFlixMovies #ChristianSeries #PureFlixTV 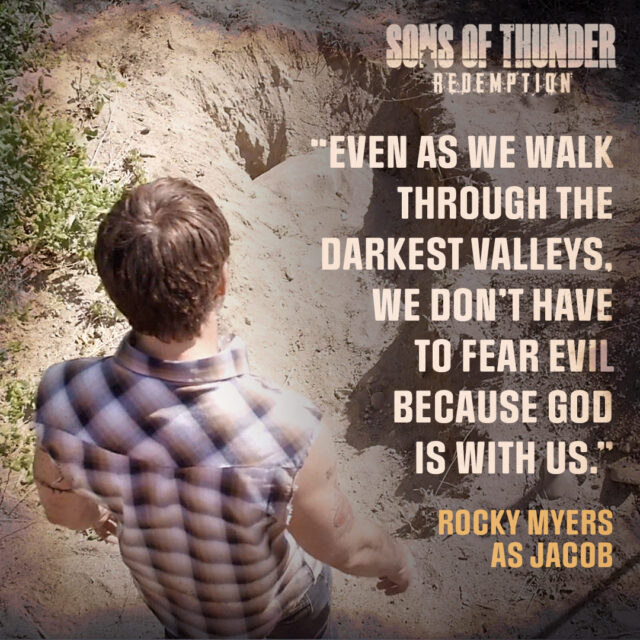 Enter to win a 3-month subscription to Pure Flix:

Loved Sons of Thunder: Redemption! Hope there is a season 3!

I agree! I would love another season!

This is a movie that my family will enjoy. I will have to enter the giveaway

The whole Pure Flix channel is amazing!! This and other series are perfect for family night!

Looks like an epic story, and something I would enjoy with my husband and teenagers! I’m so thrilled with what PureFlix is doing in the entertainment space as an alternative to the godless propaganda that comes out of Hollywood.

The first series was great, and this one, as well. I just love the teaching behind the stories! 🙂

Sounds like a terrific show. Thanks for sharing, and for your thorough review.

It’s a great series, for sure. I’m hoping for a third season! 🙂

Will be checking this series out! Know my hubby will love it!

It’s a great series. Has a bit of “B-series” acting, but the story, places, and life lessons are great!

This is the first time I have heard of the series. Good to know there is quality programming to find still.

Everything on PureFlix is amazing!! I would definitely recommend that service.

This looks awesome! I need to check out Pure Flix too!

They have some great shows, movies and more. Perfect for families!