I did receive a sample of the product in exchange for this review and post. 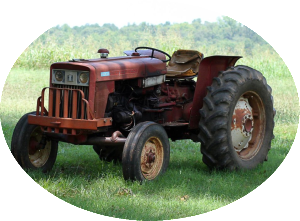 I received the movie “Ragamuffin” from Laura Beth with Fly By Promotions.  Any time I get an email from this wonderful lady, I just know that it’s going to be something I love.  With this, there was a bit of added excitement.  My family and I actually live in Navajo County in Arizona and have had Mitch McVicker and Dave Sprinkle come and tour in our area.  They tell about their work in the Navajo Nation and things they still do for them.  Dave is actually a local resident where we live, and a truly great guy.  Being able to hear Rich’s story in this movie from the beginning was amazing.  You always read things and hear stories people say, but to actually see what he went through and how his life twisted around in many ways, was great.

At first with some of the things in the movie, I wasn’t too sure about it.  The smoking, drinking, etc.  However, after watching the movie and seeing the snippet from Dave Mullins in the “Special Features”, it really brought those parts to meaning something.  Like he says, if you take those out, you’re not getting his true story, and also not realizing that you don’t have to be perfect for God to love you.  Isn’t that true?  I think my favorite part of the movie was when he was sitting in the restaurant with Brennan Manning and he gave him the description of what a Ragamuffin is.

A “Ragamuffin” is the unsung assembly of saved sinners who are little in their own site and aware of their brokenness & powerlessness before God.  He is only a beggar at the door of God’s mercy.”

Amen to that, eh?  I thank the Lord often, that He gave me a key to that door through His son, Jesus Christ.  I can’t wait to get to heaven and see if the good old Rich Mullins either (1), ever wore shoes, or (2), and how it felt to receive the love from his true Father.  🙂  For those of you who really need a reminder of some of the music Rich was behind, listen to this:

Here’s a preview of this great movie: 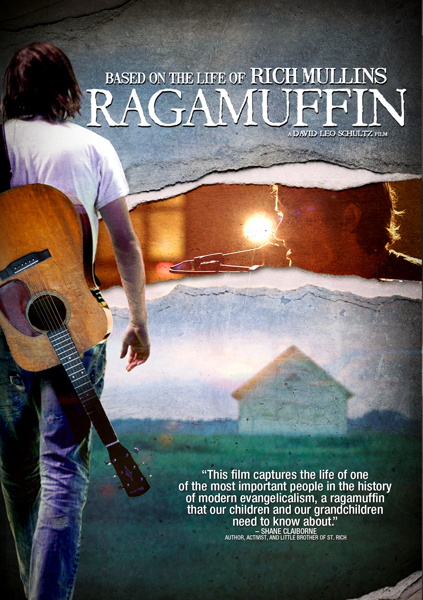 RAGAMUFFIN is based on the life of Rich Mullins, a musical prodigy who rose to Christian music fame and fortune only to walk away and live on a Navajo reservation. An artistic genius, raised on a tree farm in Indiana by a callous father, Rich wrestled all of his life with the brokenness and crippling insecurity born of his childhood. A lover of Jesus and a rebel in the church, Rich refused to let his struggles with his own darkness tear him away from a God he was determined to love. As he struggled with success in Nashville and depression in Wichita, Rich desired most of all to live a life of honest and reckless faith a midst a culture of religion and conformity.
To get a copy for yourself, and/or a friend, go to:

Singer and songwriter Richard Wayne “Rich” Mullins was best known for his worship song “Awesome God” which has been embraced as modern classics by many Christians. His music has been covered by many artists, including Caedmon’s Call, Amy Grant, Jars of Clay, Michael W. Smith, Third Day, John Tesh, and Hillsong United. Mullins’ musical career formally began with Zion Ministries in the late 1970s, where he wrote music and performed with a band called Zion.  Mullins first solo hit, “Awesome God,” appeared on his third album and brought his music to a wider audience. Rich Mullins was inducted into the Hall of Fame by the Gospel Music Association (GMA) on April 29, 2014.  Some other info on his passing can be found here: http://www.philipfiles.com/Articles/MullinsObituary.htm

“Rich was a gifted songwriter with an amazing heart for people. This film reminded me that what really made Rich special was how undistracted he was with the things of this world. His was a heart yearning for God.” – Michael W. Smith Singer, Songwriter
“This film captures the life of one of the most important people in the history of modern evangelicalism, a ragamuffin that our children and our grandchildren need to know about.” – Shane Claiborne Author, Activist

“Disclosure (in accordance with the FTC’s 16 CFR, Part 255: “Guides Concerning the Use of Endorsements and Testimonials in Advertising”): Many thanks to Propeller Consulting, LLC for providing this prize for the giveaway. Choice of winners and opinions are 100% my own and NOT influenced by monetary compensation. I did receive a sample of the product in exchange for this review and post. Only one entrant per mailing address, per giveaway. If you have won the same prize on another blog, you are not eligible to win it again. Winner is subject to eligibility verification.”

This looks like it will be a great movie!! I will be sharing this with my sister too, as I know she will love this movie.

That’s a good point. Although smoking, drinking aren’t the most uplifting things in the world–they are a true part of his story. Sometimes it is from the darkness that we better appreciate the light. Thanks for sharing.

Wow, amen to that for sure!! With this dark world, I pray that many can come to the Light!

This looks like it would be wonderful. I would love to see it. 🙂 Thank you for sharing.

I am a ragamuffin. I’ve come a long way with a lot of help.

I just watched this movie myself. What I loved about it was that Rich never pretended to be perfect. I think a lot of people in the spotlight feel like they have to pretend that they have it all together 100% of the time and that can make everyone else looking up to them feel like a failure. We should always strive to be our best and do what is right, but it is good to know and see that no one is perfect. We all have our struggles, I was sad to see that Rich Mullins had so many… Read more »

I would really enjoy this movie. I find it helps my spirit to only watch movies that touch. Thanks for sharing. Sharing it also

I have not seen this movie. This sounds like a good wholesome movie that is based on an actual person. Love true stories.

This sounds like a good movie. I remember Rich Mullins as I first listened to him when I became a Christian.