Skip to content
Many thanks to Capitol Christian Music Group for providing this product/product information for review. Opinions are 100% my own and NOT influenced by monetary compensation. I did receive a sample of the product in exchange for this review and post.

One On One by Gary LeVox from Rascal Flatt’s
#GaryLeVoxMIN #MomentumInfluencerNetwork
I recently heard from the #MomentumInfluencerNetwork about a new album coming out from Gary LeVox. I wasn’t sure at first who exactly that was, but as soon as I saw his face, I knew. Not knowing that Rascal Flatt’s had called it quits, kind of made me a bit sad. Knowing, though, that Gary was going to continue singing, and on a bit different path, I was super excited. I fell in love with their music during the CARS movie. I know, I know, I’m old and shouldn’t be watching cartoons, but whatever…it’s one of my favorite movies of all time, and still is. Hearing them sing “Life is a Highway,” always makes me smile. Now getting to hear him sing worship music, makes me smile even bigger!

I also loved hearing that $1 of every purchase goes to fight human trafficking through the Tim Tebow Foundation! Being able to help with that, is an added bonus!

The Distance song, and video is amazing!! I need to find out what area he filmed it in, because it looks a lot like where I live. It’s probably more easterly, but it’s a beautiful place.

Here’s the video of A Little Love featuring MercyMe.  It was a great one, for sure. I hope in the future, that they come out with another video option featuring the actual people. Here’s that one, be ready to dance! 🙂

Stream ONE ON ONE now & get a copy of the EP at:

Check out the new #OneOnOne Album from @garylevox. A Little Love also features @MercyMe - who are amazing!! Enter to win some #GaryLeVoxMIN merch, as well. #MomentumInfluencerNetwork Click To Tweet

About the One On One Album: 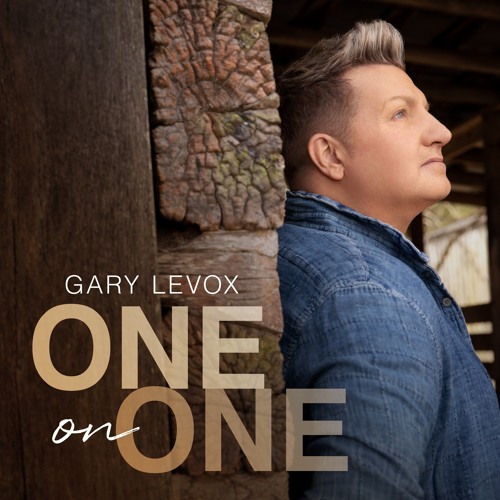 His name is synonymous with vocal power. Literally, it means “The Voice,” and it only takes a few notes to hear where he got it. But for Rascal Flatts’ Gary LeVox, there’s always been a different, higher power at work. Now with ONE ON ONE, a solo debut fusing two of his biggest passions – music and faith – that higher power takes center stage. Arriving May 21 via Big Machine Records, LeVox’s new chapter kicks off with five soul-mining anthems and the resilient single, “The Distance.” And according to him, the timing is perfect.

“‘The Distance’ was the first song written for my solo chapter,” LeVox explains. “With the struggles and battles so many have gone through this past year and how they’ve taken over people’s everyday lives, it just felt like the true song of hope we need.”

As the front man and co-founder of Rascal Flatts – one of the most influential groups in Country history – LeVox has embraced that hope all along. Since their founding in 2000, the group placed spirituality at the center, cultivating a Country style that not only infused tradition with arena – sized pop hooks and stadium showmanship, but also presented faith and fun as a core value. Two decades of sentimental smash hits were the result, including 17 No. 1s, over 23 million albums sold, 35 million digital downloads, 2.2 billion streams worldwide and 4.4 billion streams on Pandora alone. All told, Rascal Flatts sold over 11 million concert tickets and earned more than 40 honor s from the ACA, ACM, AMA, CMA, People’s Choice and more, making them the most awarded Country group of the past decade.

But the group’s 2020 farewell found LeVox in a new position. With the trio just celebrating a sentimental radio hit together – the reflective “How They Remember You” – he’s now embracing a new phase of his musical journey. ONE ON ONE is an epic expression of the power of faith – one that’s much needed in a pandemic-ravaged world. But these aren’t your typical Sunday-morning singalongs.

“The Distance” was a preview of things to come, wrapping LeVox’s explosive vocal in more energy and purpose than ever. Existing on a different sonic plane from his Rascal Flatts roots, it arrived as a striking mesh of forward momentum and eyes-to-the-sky hope, mixing electronic hooks with intense rock power and spirit-lifting snap tracks. All throughout, LeVox pushed his voice to its stratospheric limits, opening a direct connection between the heavens and Earth – and delivering a simple message for complicated times.

“With this song, the message we wanted to share is that our hope is not lost – it’s found on the cross,” he says. “And with God, we can go the distance. Don’t ever give up.” Elsewhere, LeVox leaned on his “congregation” to explore that calling. Contemporary Christian hitmakers MercyMe share in a smiling, open-hearted jam called “A Little Love.” GRAMMY winning Gospel talent Jonathan McReynolds offers a testimony of gratitude for “Never Forget,” and LeVox’s daughter Brittany joins the family business on “While I Wait,” a steadfast promise of spiritual commitment.

Then, with the reflective “All I See,” Country-rap firebrand BRELAND helps the superstar keep his eyes on the ultimate prize. Produced by Matt McVaney, the collection stands now as a modern blast of spiritual pop, created by one of the most electrifying vocalists of his era. But it’s true energy comes from the ONE ON ONE connection LeVox preaches. And that’s something he says the world needs now, more than ever.

“One On One is my passion project and I have wanted to do this body of work for as long as I can remember,” explains LeVox. “I feel so honored to get to collaborate with such greatness throughout this project. BRELAND is a dream to work and sing with, as is the iconic MercyMe. Jonathon McReynolds, one of the greatest singers of our time and my dear friend, wrote a perfect song for us. And for my daughter Brittany and I to get to sing a song that Tauren Wells help craft just completed the collection. I couldn’t be prouder of this project, and the songs that we recorded. This is gonna be an amazing new season and I just hope everybody enjoys it as much as we did making it.”

“A Little Love” (featuring MercyMe) – Coming together for the common good, Gary LeVox and MercyMe mix California pop and sunny spirituality into an eternal truth … that “A Little Love” goes a long way. The optimistic jam offers plenty of reasons to smile – and brighten someone’s day – while the pair reverse roles on MercyMe’s upcoming album, inhale (exhale).

“While I Wait” (featuring Brittany LeVox) – Apples never fall far from the tree, and with “While I Wait,” a second-generation star hits the ground running. Cranking up their high-voltage vocal mix for a gracious groove with a retro-R&B feel, the father-and-daughter duo absolutely nail a faithful promise.

“All I See” (featuring BRELAND) – Filled with eyes-to-the-sky soul, “All I See” finds LeVox and Country-rap trailblazer BRELAND catching sight of a bigger picture. Introspective and inspirational, it pairs a graceful Gospel sway with a glimpse of redemption – even for those walking blind.

“The Distance” – With it’s stunning electro-pop sound and arena-sized vocal, Gary LeVox preaches the gospel of exhilaration in “The Distance.” Grounded in unwavering faith, and yet soaring with anything-is-possible spirit, it’s the first-person testimony of a Country superstar on a mission.

After 20 years as front man to one of the most influential groups in Country history, Rascal Flatts’ Gary LeVox is embarking on a solo chapter that combines two of his biggest passions – music and faith. With his debut song, “The Distance,” the Ohio native unveils the empowering first taste of that mission, delivering an epic expression of the power of belief that’s tailor made for the COVID-19 era. Grounded in the Flatts legacy, but clearly existing on a different sonic plane, the track features an exhilarating mix of LeVox’s stratospheric vocals and high-energy instrumentation, encouraging fans of both Country and contemporary Christian music to never give up – and it’s a message he knows by heart.

Along with bandmates Jay DeMarcus and Joe Don Rooney, LeVox founded Rascal Flatts in 2000, and they went on to enjoy one of the most successful careers in modern Country music. Infusing the genre’s traditional sound with massive pop hooks, rock showmanship and faithful positivity, they scored 17 No. 1 singles and sold over 23 million albums, while also selling more than 11 million concert tickets and earning 40+ awards-show trophies – making them the most awarded Country group of the last decade. The group celebrated its farewell with TWENTY YEARS OF RASCAL FLATTS: THE GREATEST HITS in 2020, and LeVox will continue to pursue a career as a solo artist with the five-track collection ONE ON ONE, due May 21 via Big Machine Records.

That is a good one!

Such a great voice and wonderful music.

I agree! Thanks for stopping by. 🙂

He has such a unique voice! I’m out of the country music loop as well and didn’t know Rascal Flatts had disbanded either.

It’s great to see him using his talent for good now. 🙂

Love The Distance song, too!! What a beautiful video and song!

It is a good one, for sure.

I adore Rascal Flatts. He has such a great and unique voice. This sounds like a terrific album!

It definitely is. I just love that he’s not stopping us from enjoying his music! 🙂 Especially when it’s worship.

I love Rascal Flats! I run on my treadmill almost daily and often listen to their music at the end of my workout when I am cooling down. I bet that his new music is amazing. I can’t wait to check it out!

It has his great sound, but with a worship twist. I love it!