Skip to content
Thank you Jeremy & Kaci for partnering with me on this blog post & for the great giveaways!

If you have been a follower of TigerStrypes Blog for awhile now, you’ve heard me talk about the amazing band Neely. We were blessed to meet them at a church function years ago, and then got to enjoy a concert that they did at our home with some friends. They even came back up to another church years later and did a set there – amazing! Their family is absolutely adorable, and I always keep up with their Facebook page and Instagram posts to see what is new with the band.

Here’s a photo of when they came to visit our church (wow, my son has grown!): 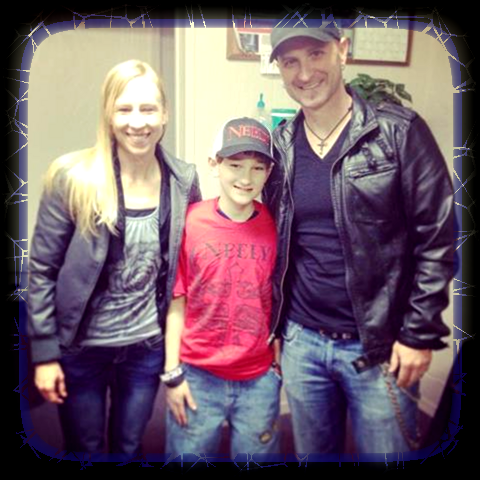 Something exciting that has been happening lately, is that their song Colorblind has been edited for a radio version and has been released to many listeners that are enjoying it like crazy. The song, even before the edit, was one that I loved!! Now with the new version, it has a bit of a new sound to it, and is one that you could see yourself rocking out to in the car. Do you see me saying “whatever” to the guy in the car next to me, while he laughs at how loud I’m singing? 🙂

Take a listen to the song below, and let me know what you think in the comments. We’re also giving away some Colorblind Bundle fan items, so be sure to check that out, and tell your friends!

About the Song Colorblind:

The inspiration for the song: Our home Church, Lakeshore Christian Church, in Nashville, TN. There are 17 different nationalities represented. We have all kinds of people coming together, hanging out, and going out serving the community together. It is such a touching picture of how I imagine the life of Jesus.

Because I know that some folks will wonder “why the skull”?: The skull has several deeper meanings. First, the word Calvary literally means “place of the skull” or “skull”. The deeper meaning is seeing people the way Jesus saw people, no matter their skin color, culture, social standing, gender, etc…they were human beings. Not only does that sum up the artwork but it sums up the song as well. With all these groups throwing around the term “Colorblind” and trying to redefine the meaning, why don’t we just get down to how our Creator sees it?

We hope to follow the release of this new single with a music video featuring our Church family either later this year or early 2018.

Check out the new radio edit version of #Colorblind by @neelymusic and enter 2 win!! Click To Tweet 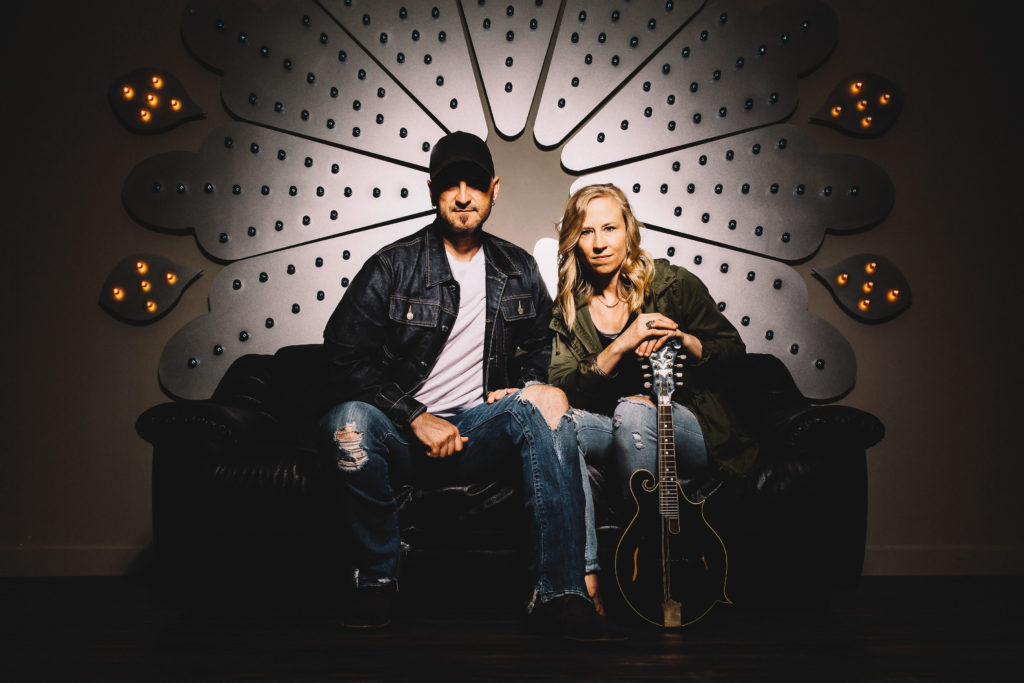 Nestled in the heart of Music City (Nashville, TN), enigmatic husband & wife duo NEELY emerge with a grit and energy that integrates the region’s eclectic musical soundscape into an array of well-crafted Rock anthems featuring spine chilling harmonies and hook-laden lyrics. Backed by a tight, hard-hitting lineup of dynamic, high-powered musicians, NEELY is a modern rock force to be reckoned with.

The vast musical influences of Jeremy and Kaci came to fruition on their 2008 digital EP, The Zod Archives, released October 21st, 2008. Produced by Zodlounge (Tom Michael, Todd Shay, and Brett Vargason), The Zod Archives encompasses the gritty music of Nickleback, the high-energy vocals of Daughtry, and the potent lyrical wizardry of Lifehouse to create a energetic yet soul-searching offering of Rock songs that has set the stage for their much anticipated 2009 debut album, Everything I AM followed by their acoustic album Colorblind in 2011.

In 2013 NEELY switched gears to show some of their down home roots, NEELY teamed up with producer Jon King to turn a classic catch phrase into a modern southern rock anthem called Kiss My Grits. A constant crowd favorite wherever they go, Kiss My Grits has help NEELY show the world they will make excellent music without the confines of Record Label generated genres. 2014 has definitely become a year where the rebel spirit of NEELY comes out and says, “we aren’t Rock, we aren’t Country, we aren’t Christian Music…we are NEELY!”

The roots of what is now NEELY began decades ago in the small towns of Cosby, MO and Bennington, KS where both Jeremy and Kaci would record hours of radio broadcasts on cassette tape and pour over the content, honing writing and vocal skills that seeming providence would set on a collision course. The two were married May 5th, 1996, yet it wasn’t until the summer of 2000 that they began to explore the extraordinary musical harmony that was fused together. Constantly pursuing excellence in their craft and traveling under other banners, Jeremy and Kaci began to exhibit a quality in their music that began to turn heads in the Central United States.

With a simple yet heartfelt approach to scripting songs Jeremy and Kaci have compiled a set of songs that span an array of emotion. From the anthemic “Everything I Am” to driving guitars and vocals on “In The Middle” to the heartfelt cry of affection that pours out of “You and Me” the relentless onslaught of catchy melodies and well crafted lyrics have captivated listeners all over the world. NEELY has spent decades crafting and honing their skills to pour into the making of Everything I Am, Colorblind, and Kiss My Grits and that same skill, experience, and energy is on display in their live performances.

Enter to win some Colorblind Swag:

You guys rock! Another way to get your band heard is at Xmasdolly I have “Monday’s Music Moves Me” and you can Post your song on your blog sign up on my link & everyone that comes to visit me will come to visit you!!! SPREAD THE WORD! DO I HEAR AN AMEN!!!!???!!!! WOO HOO

Not bad… not bad at all. This giveaway should be on my linky where people come to see the giveaways and post there’s too. It’s called SHOW OFF TUESDAY to post all GiveAways & Reviews. If you browse a bit I’m sure you’ll find it. Fantastic…. thanks for stopping by. Hope to see you again and don’t forget to follow my social networks in my sidebar and I’ll follow yours!!! 🙂

What a neat opportunity to meet the band, and now hear one of their songs on the radio!

We love it!! Knowing the family and what they stand for, makes it sound even better! 🙂

What a great giveaway! I love that they are a husband and wife team!

They also take their whole family with them to a lot of events. Working together is a great thing!

I learned about their unique sounds that echos many of the great artists of our day.

I’m glad you got to hear that, Shelley.

Thanks for a great giveaway, checking out the band!

You’re welcome, Denise – thank you for taking the time to get to know them!

I’ve never heard of them. Thank you for the tip!

You’re welcome – they are a pretty new band, but amazing!

Thanks for the introduction, I’m going to share with hubbie I think he would really like them too. I love how you have such a close connection with them and are so supportive. x

You’re welcome, Sharon – they are an amazing family. Let me know what your husband thinks! 🙂

I found out they have a song “Kiss My Grits'” also they have four performances coming up in NC. I love the song on the video. They are amazing, I hope they are very successful in the way God intends them to be.

That song always makes me smile! They are usually all over with concerts, etc. If they come near you, check it out! 🙂