Skip to content
Many thanks to Tim Janis for providing this prize for the giveaway. Choice of winners and opinions are 100% my own and NOT influenced by monetary compensation. I did receive a sample of the product in exchange for this review and post. 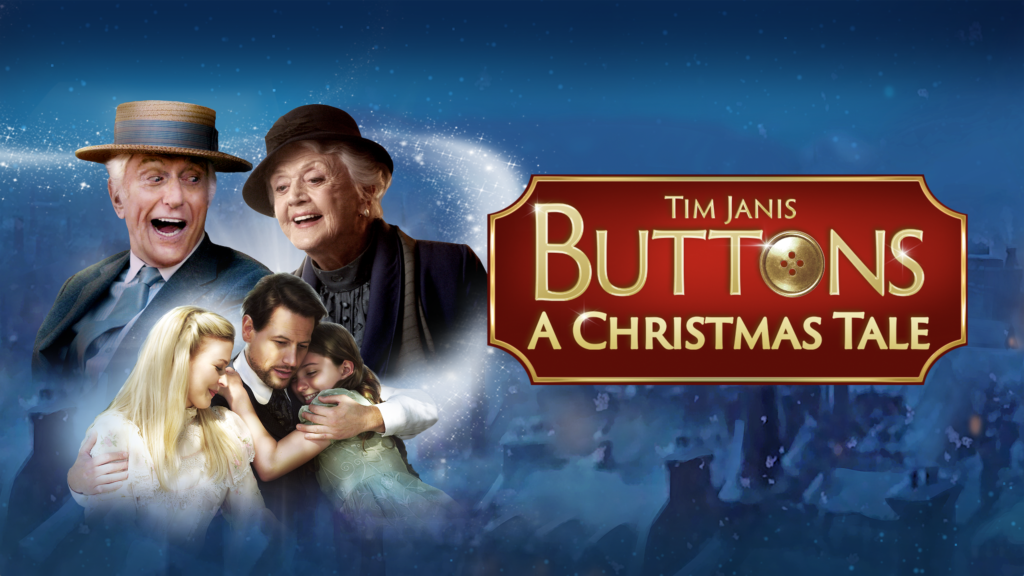 Buttons: A Christmas Tale (Movie Review)
#ButtonsMovieMIN #TigerStrypesBlog
I got an email from Momentum Influencers about a movie that they wanted help promoting. It is called Buttons: a Christmas Tale and stars Dick Van Dyke, Angela Lansbury and many other great actors. I saw that it was released in 2018, but I’d never heard of it before. Getting a chance to sit down last night, and watch it with my husband, I’m finally able to post my review.

At first, I was a bit confused. I wasn’t really sure about how the story started and then went to another character, etc. Then, it started to make more sense. Seeing the older characters as the guardian angels, I really started to root for the ones that they were helping. How the plot twists and turns, and the ups and downs have you going in a few different directions, but in the end, you’re smiling and know how it all comes together. I loved the end the most, and I won’t ruin it by giving you the what happened. Just know that if you’re watching it, and having questions like we did, the end will pull it all together.

The cast was amazing, except for the rich sister-in-law…she was annoying (only for the movie part, she was a really good actress). The one thing I did question, was where it was based. The look of everything, and the historical outfits, etc. seemed to me to be more of a Great Britain influence. Then there was a part that they said they were going to celebrate the 4th of July, so that made me question exactly where it was. All in all, the scenery, the costumes and everything was gorgeous! I wish they would have shown us the ship that one of the characters worked on, to better understand that part of the film, but it did turn out to be a great story.

If you like musicals, this is one for you. With Dick Van Dyke and the history of Mary Poppins and singing, the character was really close to that. Same look of the outfit, dancing with a penguin in one scene…it was adorable!

Leave a comment about what you think the movie will be like. Do you believe in guardian angels? If so, comment with a story of how one worked in your life. 🙂 Thanks for stopping by to see my review. I hope it makes you interested in viewing Buttons: a Christmas Tale with your family. 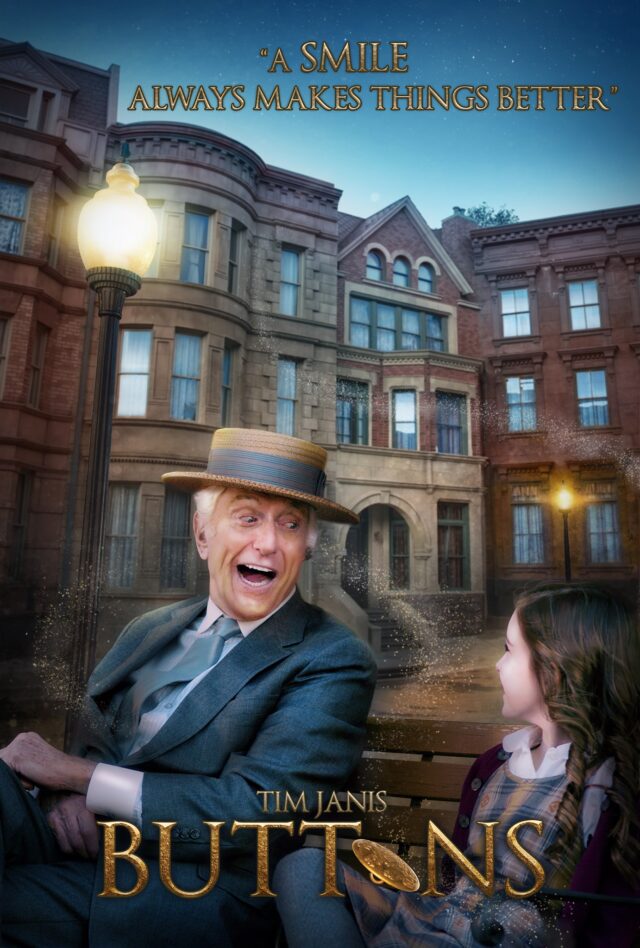 NEW on #TigerStrypesBlog: Buttons, A Christmas Tale #ButtonsMovieMIN Check out my review & enter a #giveaway for a copy of the movie and All is Bright CD by Tim Janis Click To Tweet 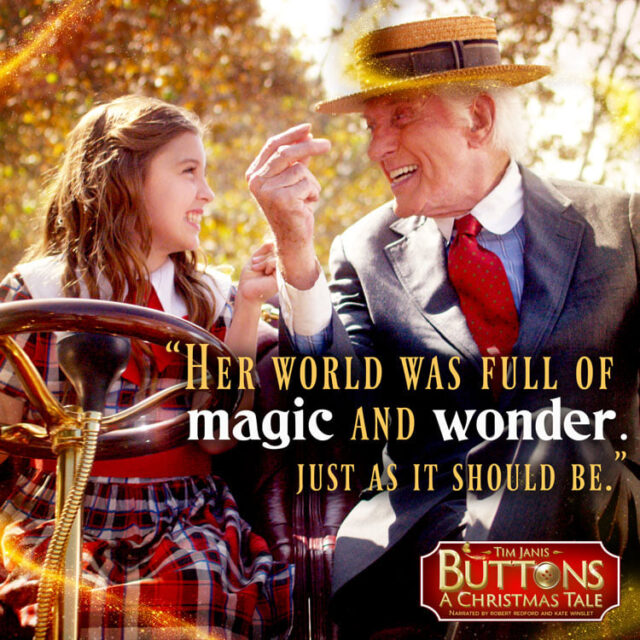 Just in time for Christmas this new heartwarming tale begins with two Guardian Angels Dick Van Dyke & Angela Lansbury who are sent to help two orphan children Annabelle & Emily. During the early 1900’s tragedy strikes Annabelle’s happy life when she is left to the care of her Mother’s cruel step-sister Mrs. Wentworth (Katie McGrath) who sends her to work at the mill, where she is destined to become a “mill girl”. Annabelle escapes and lives on the streets alone and broken hearted, but with a little help from her Guardian Angel (Dick Van Dyke) Annabelle finds a new home and discovers happiness once again.

Now years later during the Great Depression a young orphan Emily is rescued from the streets and given temporary shelter at Belford Hills Hospital. Just when Emily’s future seems dim she is visited by an Angel named Rose (Angela Lansbury).  Rose has come to help Emily fulfill her to wish to find a family. On Christmas Eve, through the workings of these two Angels Annabelle and Emily’s stories are woven together into a triumphant & inspiring ending, and each one rediscovers that even in times of darkness, magic and miracles do exist, if you simply remember to believe.

Little orphan girl Emily is rushed to the hospital with fever on Christmas Eve. Unseen by anyone else, her guardian angel (the delightful Angela Lansbury) arrives by her side and tells Emily a story.  It is of another orphaned girl, Annabelle, who must fight to survive in a mill after her evil aunt has her condemned to brutal labor. Only Annabelle’s guardian angel (Dick Van Dyke) can save her from the dangers facing her.

The film is narrated by legendary actors Robert Redford and Kate Winslet.  It has music and acting provided by Jane Seymour, Roma Downey, Ioan Gruffudd, and Sir Paul McCartney. After the film, in the special tribute to dancer, director, and choreographer Gene Kelly, hosted by his wife Patricia Ward Kelly.  Audiences will see behind-the-scenes elements from Kelly’s popular movies in a featurette accompanying Buttons in the theatrical event.

For families seeking a gentle Christmas narrative for all ages, Buttons is the kind of Christmas film that will leave audiences smiling. With music written by Tim Janis, who also directs, the film pops with catchy beats and wholesome lyrics. While the tension is high as Lansbury’s angel tells the story of Annabelle, we know from the Christmas movie genre that this will end well, even if it takes awhile.

Buttons certainly points to the ways that the real world is full of trials and tragedy, but the presence of the angels and nuns at the hospital who watch over Emily allow a viewpoint of faith to break into the darkness. Prayer becomes a vital component in the revelation of the film, in that faithful prayer moves God’s agents to perform miracles. Without prayer, the film argues, people would be left stuck in their suffering; but thanks to the prayers prayed, hope shows up in surprising ways that the young orphans never expect. Thanks to Buttons, that story is conveyed to the audience with a musical whimsy that will lead families to discuss their own blessings and the way that prayer leads us through the troubling moments of life. 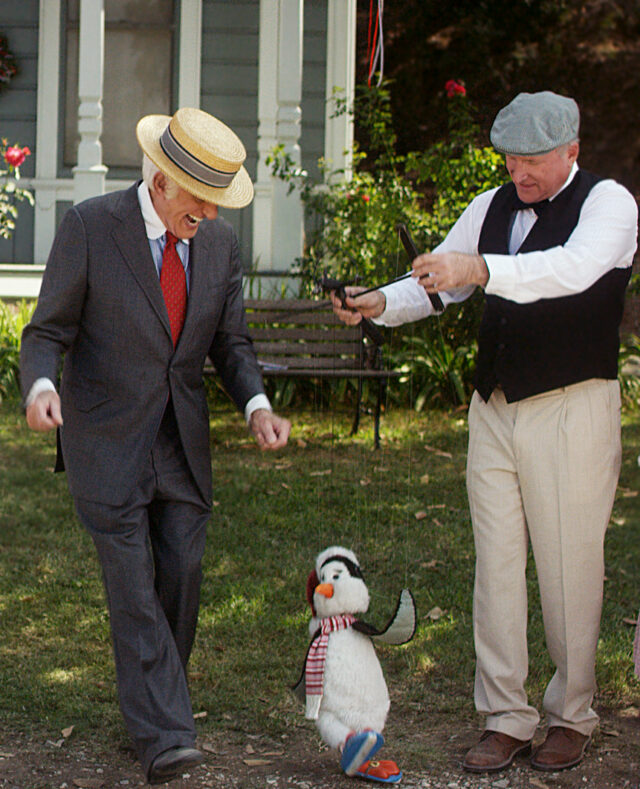 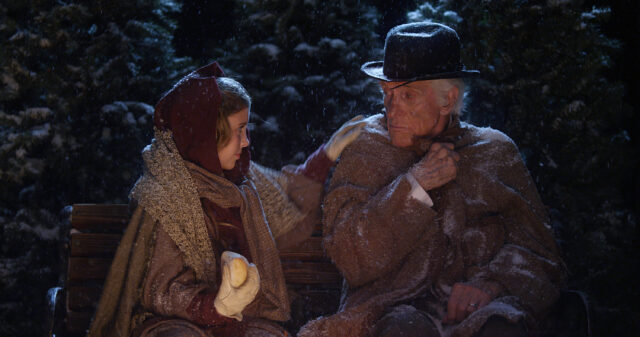 Tim Janis “all is bright….” is a beautiful peaceful relaxing instrumental Christmas Cd with some of our most beloved Christmas carols. From O Holy Night to The First Noel this CD of 14 new arrangements by Tim Janis is perfect to fill your home with the beauty and Joy of Christmas. 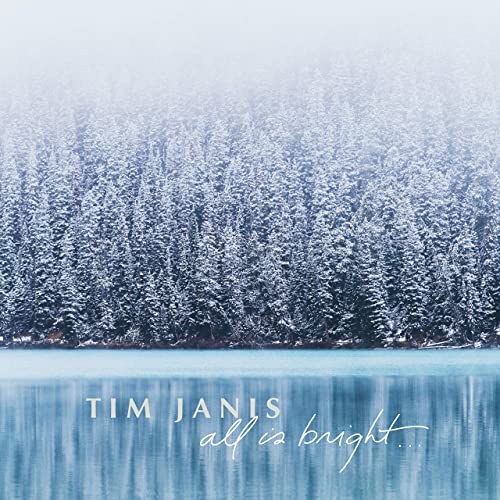 I do believe in Guardian Angels. I don’t want to go into any details but when I was younger something happened and I was protected. Most of the time I feel like someone is with me to the point I wondered if I was a twin, cause when I feel them they’re always on my right.

What a great story. I’m glad that you have that.

This looks adorable! I haven’t seen it yet, but I bet that it will be fun for a family movie night!

It’s interesting. I had to stop a few times to try and figure stuff out. The singing was adorable, though.

I would love to see this holiday movie! I adore anything with Dick Van Dyke and Angela Landsbury!

They both did a great job in this film.

I love every actor that’s in this film! This is going to the top of my list of must-see films for the holidays!!

It has a great story, and fun singing.

I imagine this would be a good movie with Dick Van Dyke and Angela Langsbury in it.
I do believe we all fall under the protection of angels whether they are assigned to us or not.

They did a great job. It was a bit confusing at first, but ends really well.

I’m not sure if I believe in guardian angels per se, but I believe our loved ones who have gone on before watch over us.

He was adorable in this movie, just like his others. 🙂