So to get on with this “Things That Brings Back Memories” blog post for this week, I’m going to pick Young Turks by Rod Stewart Hammer, which was released in 1981.  If you don’t know about the song that I’m talking about, here it is:

The song Young Turks is one that I really remember, since it was first ever record!!  My Dad had made me a record player, and this 45 was the first one that I ever played on it.  I remember after awhile, it was skipping like crazy and sounded a bit weird, but back in the day, it still sounded great! Did you ever listen to this song?  What did you think of it? 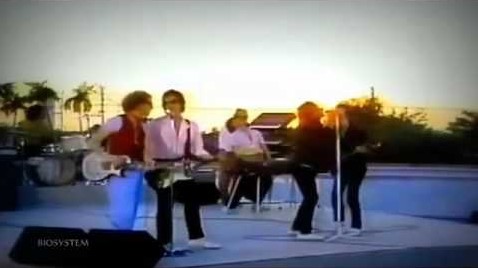 “Young Turks” is a song by Rod Stewart that first appeared in 1981 on his album Tonight I’m Yours. The track showed Stewart with a new synthpop and new wave sound.  The term Young Turk, which originates from the same-named secular nationalist reform party of the early 20th century, is slang for a rebellious youth who acts contrary to what is deemed normal by society.  The phrase “Young Turks” is never heard in the actual song, the chorus instead centering on the phrase “young hearts be free tonight”, leading to the song frequently being misidentified as “Young Hearts” or “Young Hearts Be Free”.

The music for the song was composed by Carmine Appice, Duane Hitchings, and Kevin Savigar, with lyrics written by Stewart.[4] The song, which was released as the first single from Tonight I’m Yours, was produced with synthesizers and a hi-hat played over a drum machine. On the Billboard Hot 100, “Young Turks” debuted at no. 61 on 17 October 1981 and peaked at no. 5 on 19 December 1981 – 9 January 1982. The song peaked at no. 11 on the UK Singles Chart and also was a top 5 hit in Australia, Belgium, Israel (no. 1) and Canada. The song was featured on the Grand Theft Auto: San Andreas soundtrack on the in-game classic rock radio station K-DST. 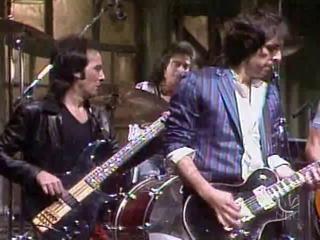 The video, directed by Russell Mulcahy and choreographed by Kenny Ortega, was filmed in the central downtown area of Los Angeles in the summer of 1981. The runaway couple (“Billy” and “Patti”, the latter played by Elizabeth Daily) mentioned in the song is juxtaposed by a group of dancers who seemingly intermix with them throughout the video. About 10 seconds after the start of the video, Billy emerges from one floor above the now long abandoned Licha’s Santa Fe Grill, in reality at the northwest corner of 7th and Santa Fe Streets in Los Angeles, and descends a ladder before dropping the last few feet down to the street. A little more than one-third of the way through the song, Billy and Patti are shoved toward the entrance of the Hotel Hayward, in reality at the west corner of 6th and Spring Streets, again in Los Angeles, between a mile and a half and two miles to the northwest. The dancers eventually end up in a railway yard just to the east of the grill, to where the couple has returned and Rod Stewart is singing the last half of the song. 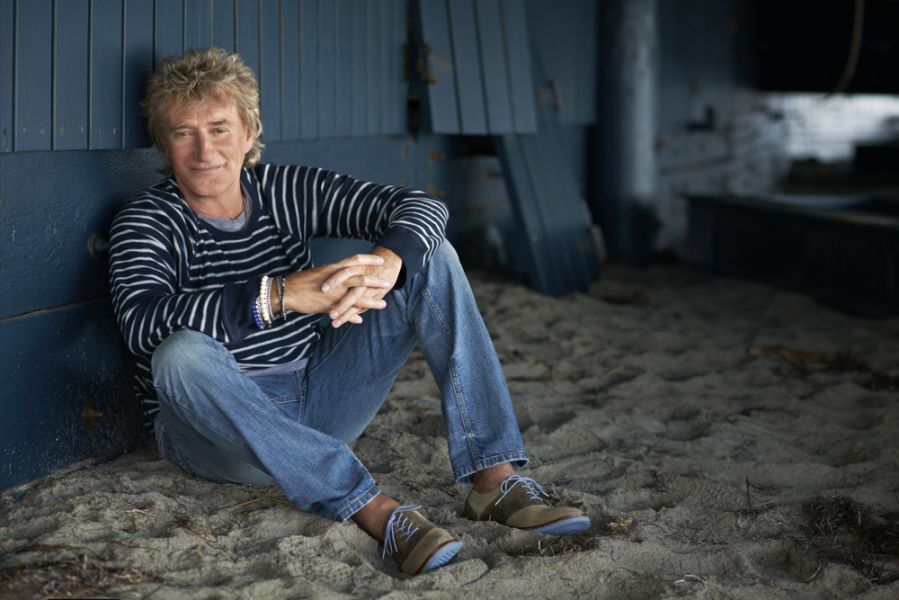 Roderick David “Rod” Stewart, CBE (born 10 January 1945) is a British rock singer-songwriter. Born and raised in London, Stewart is of Scottish and English ancestry. Stewart is one of the best-selling music artists of all time, having sold over 100 million records worldwide.

Stewart has had six consecutive number one albums in the UK, and his tally of 62 UK hit singles includes 31 that reached the top 10, six of which gained the #1 position.  Stewart has had 16 Top Ten singles in the United States (U.S.), with four reaching #1 on the Billboard Hot 100. In 2007, Stewart received a CBE at Buckingham Palace for services to music.

With his distinctive raspy singing voice, Stewart came to prominence in the late 1960’s and the early 1970’s with The Jeff Beck Group, and then with Faces, though his music career had begun in 1962 when he took up busking with a harmonica. In October 1963, Stewart joined the Dimensions as a harmonica player and part-time vocalist.

In 1964, Stewart joined Long John Baldry and the All Stars, and in August, Stewart signed a solo contract, releasing his first single, “Good Morning Little Schoolgirl”, in October. Stewart maintained a solo career alongside a group career, releasing his debut solo album, An Old Raincoat Won’t Ever Let You Down (US: The Rod Stewart Album), in 1969. Stewart’s early albums were a fusion of rock, folk music, soul music, and R&B. Stewart’s aggressive blues work with The Jeff Beck Group and the Faces influenced heavy metal genres.

From the late 1970’s through the 1990’s, Stewart’s music often took on a new wave or soft rock/middle-of-the-road quality, and in the early 2000’s, he released a series of successful albums interpreting the Great American Songbook.

In 2008, Billboard magazine ranked him the 17th most successful artist on the “Billboard Hot 100 All-Time Top Artists”.  A Grammy and Brit Award recipient, he was voted at #33 in Q Magazine’s list of the Top 100 Greatest Singers of all time, and #59 on Rolling Stone 100 Greatest Singers of all time.  As a solo artist, Stewart was inducted into the U.S. Rock and Roll Hall of Fame in 1994, the UK Music Hall of Fame in 2006, and was inducted a second time into the US Rock and Roll Hall of Fame in 2012 as a member of Faces.

I used to listen to this song all the time as a kid. It really does bring back memories. Thanks for sharing all the information about the song and Rod Stewart who is a great artist.

It was definitely a popular one, back in the day!

I really like Rod Stewart’s voice. He is truly an interesting character with a diverse group of songs and I love how he can cross different genres.

I love how he was never really put in a certain genre – that’s true talent!

We love Rod Stewart! Such classics that are always fun to listen to.

…and they are still great to listen to – that’s what I love!

Of course I remember this song!! I was 31 when it came out but I still can remember singing along to it as I drove around. Back then people looked at you funny when you sang out loud in the car–but I never cared.

Those people were just jealous that you sang so well! 🙂