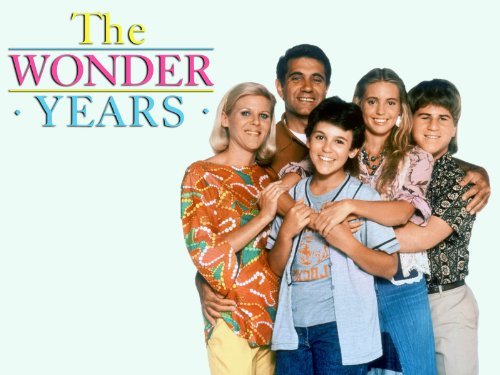 For this week’s “Things That Bring Back Memories” post, I am going to pick something in the topic of “TELEVISION” and go with The Wonder Years.  This was a show that was great for parents and the kids.  It always had some stories that made you think, and gave you things to talk about.  I heard that there was a new one with the boy as the Dad, but haven’t seen it on TV, so I’m not really sure how it is.  Have you seen it?

For those of you, who are either too young, or just don’t remember it, here’s a video of one of the The Wonder Years shows:

Who remembers The Wonder Years TV show from the 80's & 90's? Find out more at #TigerStrypesBlog Click To Tweet 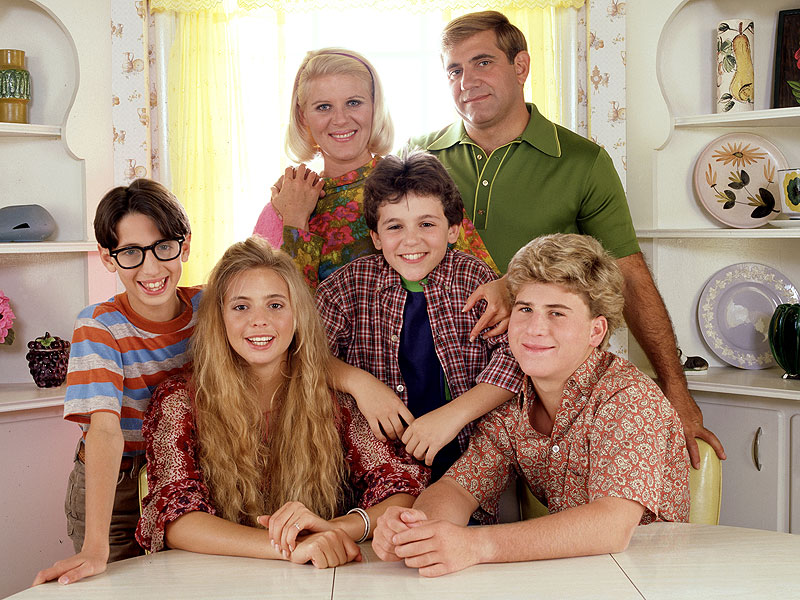 The Wonder Years is an American television comedy-drama created by Neal Marlens and Carol Black.  It ran on ABC from 1988 until 1993. The pilot aired on January 31, 1988, following ABC’s coverage of Super Bowl XXII.

The show achieved a spot in the Nielsen Top 30 for four of its six seasons.  TV Guide named the show one of the 20 best of the 1980’s.  After only six episodes aired, The Wonder Years won a Primetime Emmy Award for Outstanding Comedy Series in 1988.  In addition, at age 13, Fred Savage became the youngest actor ever nominated as Outstanding Lead Actor for a Comedy Series. The show was also awarded a Peabody Award in 1989, for “pushing the boundaries of the sitcom format and using new modes of storytelling.”  In total, the series won 22 awards and was nominated for 54 more.  In 1997, “My Father’s Office” was ranked #29 on TV Guide’s 100 Greatest Episodes of All Time, and in the 2009 revised list the pilot episode was ranked #43.

The series was conceived by writers Neal Marlens and Carol Black. They set out to create a family show that would appeal to the baby-boomer generation by setting the series in the late 60’s, a time of radical change in America’s history. They also wanted the series to tie this setting in to the life of a normal boy growing up during the period. After writing the script for the pilot episode, Marlens and Black began shopping the series to television networks. None of them were interested, except for ABC, with whom Marlens and Black reached an agreement.

Marlens had originally wanted the setting to be his native Huntington, Long Island, where he grew up. Elements were also taken from Black’s childhood from the White Oak section of Silver Spring, Maryland.  ABC, however, insisted that the location remain nonspecific (the colloquial “Anytown, USA”).  As the series was filmed in suburban Los Angeles, the setting bore a strong resemblance to the San Fernando Valley. 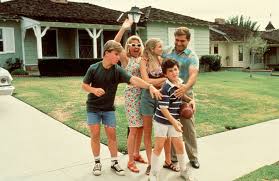 The Wonder Years wrapped its sixth and final season in May 1993. Its cancellation was partially blamed on conflict between producers and executives at ABC. As Kevin matured, the producers wanted the storylines to mature as well. However, the executives at ABC felt uncomfortable with more explicit content given the time slot, saying, “We felt it was inappropriate to present Kevin’s awakening because of the setting in the 1960’s, the gentle tone of the series and, most importantly, the 8 p.m. time period.” Bob Brush noted that, “When Kevin became 16 and 17, there were really things he needed to get to that we couldn’t do at 8 p.m., especially with the kind of venerable cachet that the show had obtained with its audience. We would get notes from the network saying, ‘You could do this on any show besides The Wonder Years.'”

Other reasons for the show’s cancellation were escalating costs and declining ratings. The cast’s salary increases, coupled with location shooting (which was due to the producers wanting to reflect Kevin obtaining his driver’s license), led to Brush claiming that they were spending $1.2 million an episode. The final episode aired on May 12, 1993. Bob Brush noted that the finale was not what he would have wanted it to be, but because the cast and crew were unsure at the time of filming if the sixth season was going to be the last, he was forced to have the ending be open-ended, until the recording of Daniel Stern’s narration.  Fans were somewhat disappointed with the ending, in particular the revelation that Kevin and Winnie don’t end up as a couple. Brush acknowledged this disappointment, saying, “Some viewers [were] surprised that nothing works out the way your fondest wish would be,” and explained, “The message I wanted in there is that that’s part of the beauty of life. It’s fine to say, ‘I’d like everything to be just the way it was when I was 15 and I was happy,’ but it seemed more nurturing to me to say that we leave these things behind and we go on to forge new lives for ourselves.” 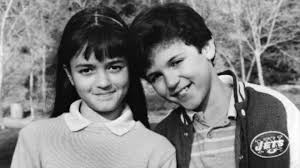 Fred Savage (Kevin Arnold) was born July 9, 1976. he began acting at age 9 with Jay Underwood in The Boy Who Could Fly (1986). At the age of twelve, he was cast the lead role of the series The Wonder Years (1988). It became a good show, and on the pilot, he got his first kiss. He was later in the movie Vice Versa (1988) with Judge Reinhold and then in Little Monsters (1989), in which he worked with his younger brother Ben Savage. Then, he went into the movie The Wizard (1989), with Luke Edwards, Christian Slater, Jenny Lewis, and Beau Bridges. The Wonder Years (1988) was canceled while his younger brother Ben Savage got the lead in the show Boy Meets World (1993). He stopped working for a couple of years until he was cast in the series Working (1997).

Danica McKellar (Winnie Cooper) made her breakthrough at the early age of 12. After that show ended, she went on to graduate Summa cum Laude from UCLA with a degree in Mathematics, and even proved a new math theorem, the Chayes-McKellar-Winn Theorem.  Since returning to acting, Danica became familiar again to audiences from her year-long turn as the sardonic, dry-witted Elsie Snuffin on The West Wing (1999) in its 4th season. Since then, Danica made guest appearances on shows such as NYPD Blue (1993), Jack & Bobby (2004), Eve (2003), & NCIS (2003).   Danica got her feet wet as a filmmaker with her award-winning short film Speechless… (2001) (co-starring The Wonder Years (1988) pal Dan Lauria), which she wrote, directed, and produced. 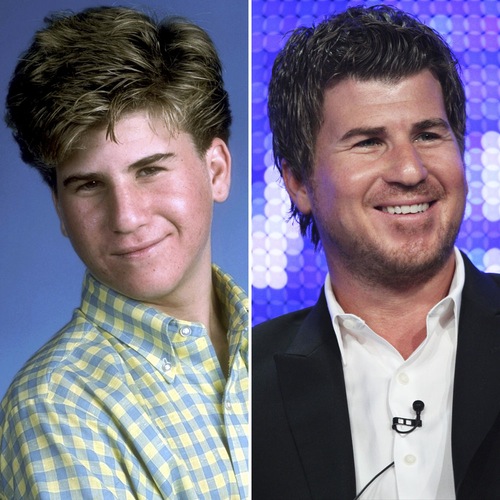 Jason Hervey (Wayne Arnold) was born April 6th, 1972 in Los Angeles, California.  At the age 4, Jason began his career appearing in over 250 commercials for some of Americas favorite brands. Before long, his visibility from the various commercials lead him to several appearances in some of televisions most notable shows.  After appearing for two seasons in Different Strokes, Jason landed the role of Wayne Arnold in the Emmy Award-winning hit series “The Wonder Years”. From this platform and experience Jason was able to leverage opportunities behind the camera as he began a career in producing. After 6 seasons and 29 Emmy Nominations for “The Wonder Years”, Jason partnered with former Sony of America CEO Peter Guber in Mandalay Sports Action Entertainment,(MSAE). Jason and his family currently reside in Scottsdale, Arizona and Los Angeles, California.

Alley Mills (Norma Arnold) was born on May 9, 1951, in Chicago, Illinois. A graduate of Yale in 1973, she studied acting at the London Academy of Music and Dramatic Art. While still in college, Alley Mills scored a small role in the film Diary of a Mad Housewife (1970). After a few failed sitcoms in 1982, she finally caught a big break with a lead role in the critically acclaimed nostalgic 1960’s-set family dramedy The Wonder Years (1988) playing matriarch Norma Arnold. After the show ended in 1993,

Alley Mills continued work in television, landing a recurring role on the western drama Dr. Quinn, Medicine Woman (1993) as Jane Seymour’s sister. She made the leap to daytime television with a guest role on the CBS soap opera The Bold and the Beautiful (1987) as Pamela Douglas playing along-side Susan Flannery and Betty White in 2006. Alley Mills is married to actor Orson Bean since 1993 and the couple lives in Venice, California.

The Wonder Years – Did You Know?

Part of the show’s running storyline is a falling-out between Kevin and Winnie, who becomes a background character for several months, until she and Kevin reconcile. The main reason for this part of the storyline was that actress Danica McKellar had had a growth spurt, and she and star Fred Savage, already shorter than McKellar, didn’t look right standing together. The characters reconciled after Savage began to catch up in height.

The scenes in which Wayne would continually inch a car forward as Kevin was trying to get into it were initially improvised by Jason Hervey. Hervey has said the routine was inspired by his own older brother having done it to him.

After the series ended, Fred Savage’s mother kept the New York Jets jacket worn by Kevin during the show’s first few seasons. In October, 2014 Savage announced intentions to donate the jacket to The Smithsonian, upon the institute’s request for props from the show.

Rumors on the Internet said that the role of Paul Pfeiffer was played by rocker Marilyn Manson. Although this is believed widely, it is not true. The role was played by Josh Saviano. Plus, Manson would not have been able to play a 12 year old character when the show started because he was actually 19 years old in 1988. 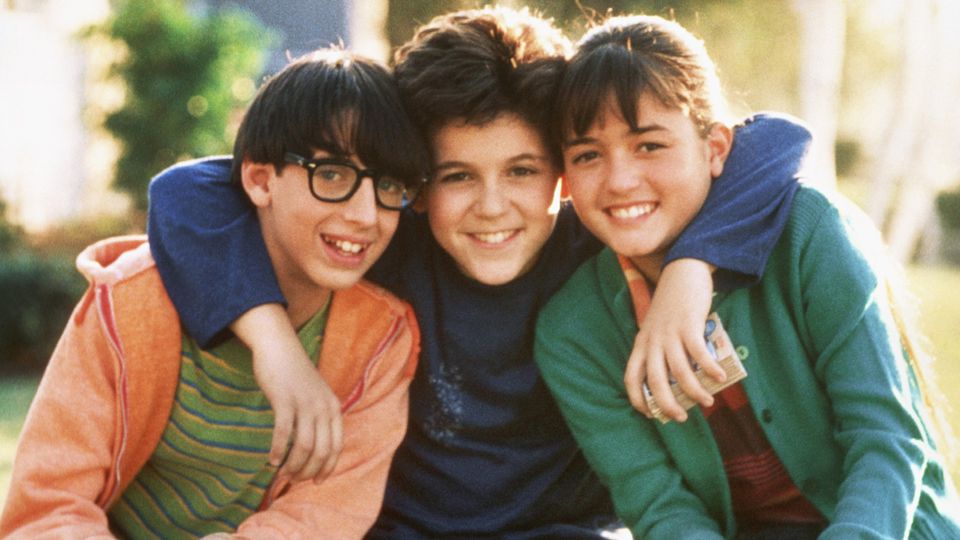 I absolutely LOVED that show growing up!! I was just thinking about it not too long ago too!!

How funny! I miss the shows that you didn’t have to worry about your kids watching.

The Wonder Years (and Full House), were pretty much my two childhood favorites! Brings back so many memories!

0h my goodness! I remember this show! I always thought “Winnie” was such a funny name.

How funny. I think that I never even thought of it, since I went to school with a girl named Wynne. 🙂

This really bring back memories, I am so grad to see that the stars ages so gracefully.

I used to watch this show every week! I love Danica and that she went to college for math and encourages girls to pursue math.

It was definitely one of the popular ones! 🙂

Not only was this a great drama, but it was an excellent way to learn about our country’s past. I really enjoyed it when it was originally on TV.

I did, too!! All, except for some of the clothes. ha/ha