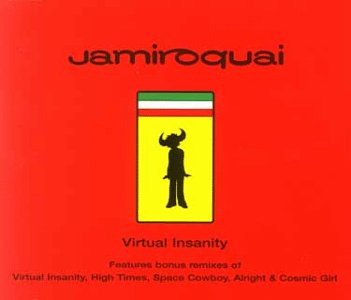 So to get on with this “Things That Brings Back Memories” blog post for this week, I’m going to pick “Virtual Insanity” by Jamiroquai, which was released in 1997.  If you don’t know about the song that I’m talking about, here it is:

The song “Virtual Insanity” was one that most of us listened to, just to watch the video.  Now kids, this was back in the day, when MTV actually did show music videos – amazing, huh?  This one had a pretty good tune, but I think everyone that watched it, wanted to make one of the rooms that he was dancing in be in their own house!!  Looked like so much fun! Did you ever listen to this song?  What did you think of it? 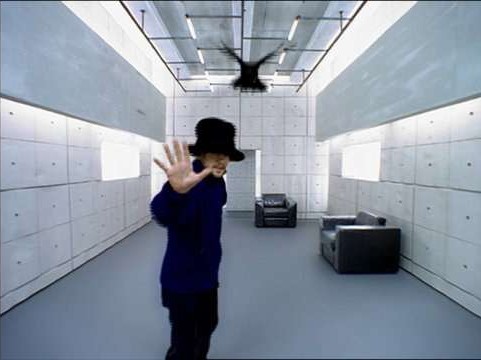 “Virtual Insanity” is the second single from British funk/acid jazz band Jamiroquai’s third studio album, Travelling Without Moving. The song reached No. 3 on the UK Singles Chart. The song also charted at No. 38 on the Billboard Modern Rock Tracks chart upon the single’s release in America in 1997.

“Virtual Insanity” is Jamiroquai’s best known music video. At the 1997 MTV Video Music Awards in September 1997, it earned ten nominations, winning four awards, including “Breakthrough Video” and the “Best Video of the Year.” In 2006, it was voted 9th by MTV viewers in a poll on music videos that ‘broke the rules.’ It was directed by Jonathan Glazer. The single was released in the U.S. in 1997. At the 1997 MTV Video Music Awards, Jamiroquai performed the song, recreating the famous floor moving concept with two moving walkways on the stage floor, going in different directions, for Jay Kay to use to dance on.

The video consists mainly of Jamiroquai’s singer, Jay Kay, dancing and performing the song in a bright white room with a grey floor. Throughout the video, there are several combinations of couches and easy chair, which are the only furniture in the room. The video earned recognition from critics for its special effects: the floor appears to move while the rest of the room stays still. At some points the camera tilts up or down to show the floor or ceiling for a few seconds, and when it returns to the central position, the scene has completely changed. Other scenes show a crow flying across the room, a cockroach on the floor, the couches bleeding and the other members of Jamiroquai in a corridor being blown away by wind. This became the second video released by Jamiroquai to be successfully done in one complete, albeit composited, shot; Space Cowboy being the first. In a short making-of documentary, director Jonathan Glazer describes how the walls move on a stationary grey floor with no detail, to give the illusion that the floor is moving. In several shots, chairs or couches are fixed to the walls so that they appear to be standing still, when in fact they are moving. In other shots chairs remain stationary on the floor, but the illusion is such that they appear to be moving. The moving walls were not completely rigid and can be seen in some shots to wiggle slightly.

The first B-side of the single is the song “Do You Know Where You’re Coming From”, which features M-Beat. It was released as a single earlier in 1996.  The second B-side of the single, “Bullet”, is probably one of the most mysterious Jamiroquai tracks ever written. The song starts with a 3-second percussion intro, and switches into a longer, very claustrophobic introduction. During this part, very faint vocals can be heard in the background, while the melody progresses.

In the beginning of the song you can hear a signal, that is taken from the film Alien. It is the sound sequence when the S.O.S. signal appears on the screens of the spaceship Nostromo at the start of the film.

“Virtual Insanity” was parodied in the music video for Austin Mahone and Pitbull’s “Mmm Yeah” in 2014 and in the FIDLAR video “40oz. on Repeat” in 2015.  The music video was parodied by Family Guy on the episode Scammed Yankees.  You can now even get this great song as a video game.

More Info on the Artist/Band:

Jamiroquai are a British funk and acid jazz band formed in 1992.  Fronted by lead singer Jay Kay, Jamiroquai were initially the most prominent component in the London-based funk/acid jazz movement, alongside groups such as Incognito, the James Taylor Quartet, and the Brand New Heavies. Subsequent albums have explored other musical directions such as pop, rock, and electronica.

Their best known track, particularly in North America, is “Virtual Insanity”, which won four awards at the 1997 MTV Video Music Awards as well as Grammy Award for Best Pop Performance by a Duo or Group with Vocals at the 40th Annual Grammy Awards.

Jamiroquai have sold more than 40 million albums worldwide and won a Grammy Award in 1998. 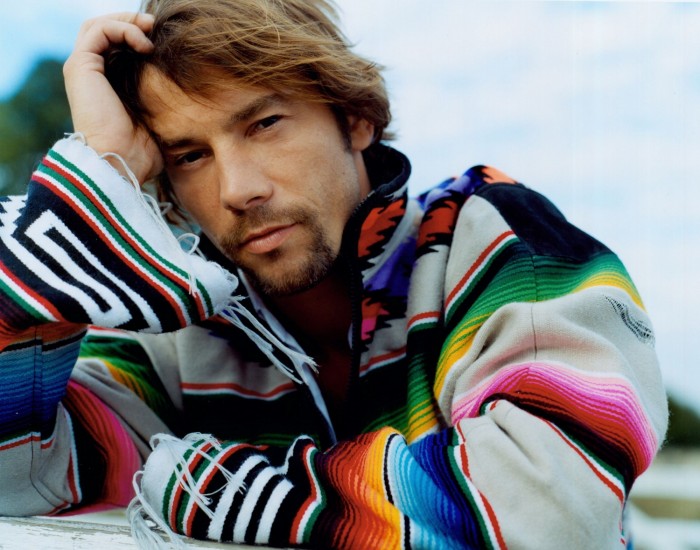 Jay Kay (Jason Luís Cheetham) was born in Wangford, Suffolk on December 30,  1969.  He is an English musician, best known as the lead singer of the British acid jazz band Jamiroquai.  Kay formed Jamiroquai with members Toby Smith (keyboards), Stuart Zender (bass), Nick Van Gelder (drums) and Wallis Buchanan (didgeridoo) together with guest appearances by Gavin Dodds (guitar), Maurizio Ravelico (percussion) and Johnny Thirkell (horns) amongst others, both on the band’s debut album and on their first tour.

Jamiroquai has sold over thirty million albums, and has spent a collective 162 weeks on the UK singles chart between 1992 and 2006, with Kay’s personal wealth said to be around £40 million.  He appeared on the Sunday Times Rich List 2004 at joint-950th. The Sunday Times Rich List 2008 has him tied for #1,794, with £40 million.  After the huge success of Jamiroquai’s first single, When You Gonna Learn, a US$1.9 million, eight-album deal was signed with Sony Music Entertainment. The band’s first album was Emergency on Planet Earth. The relationship with Sony ended in 2007.

The band’s third album, Travelling Without Moving, generated international attention with the ground-breaking video of Virtual Insanity, which earned Jamiroquai four MTV Video Music Awards. Since then, their fourth album, Synkronized, has done just as well; it was recorded in Kay’s home studio located in the garden of his 500-year-old, 11-bedroom Buckinghamshire mansion.

Oh wow that really brings back memories. I remember Jamiroquai and thought his music was cool. Nice to see he’s still around.

Weird how things were different before social media days. 🙂

I never actually heard of this song nor the person who sang it–but then I am from the generation of the 60’s and 70’s so I’m not really surprised. I never got into watching music video’s either but maybe I will return and watch this one. This was a lot of information and you put it together so well!!

I know exactly what you’re talking about! You really took me back with this post. So cool to read about some of the ‘behind the scenes’ stuff I didn’t know about!