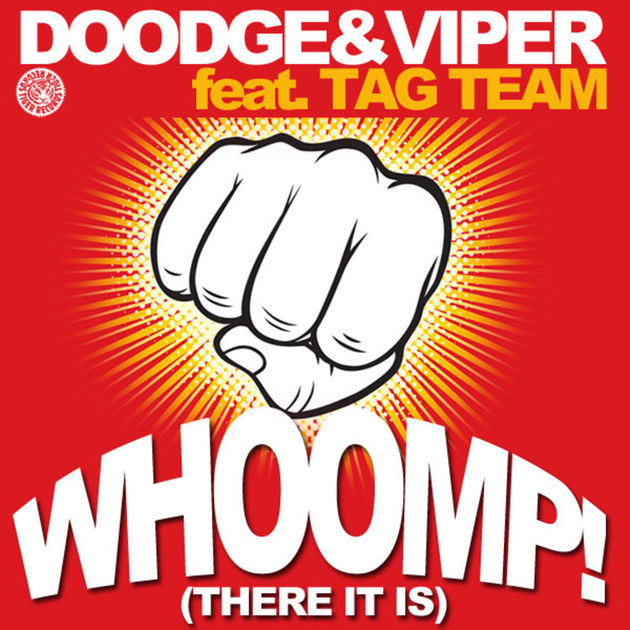 So starting on this beautiful Monday of the week, I’ll give you a little look into my life and past with “Things That Brings Back Memories” for me.  This Whoomp! There It Is song by Tag Team is one that a lot of us from the 90’s remember.   It was one of those anthem type songs, that so many used then and even now.  There are memes like crazy, and commercials that you hear playing it.  It cracks me up.  Have you ever heard of this song before?  Check it out here:

Is there a song from back in the day, that brings back memories for you? or an area that you lived?  Leave a comment and let me know.

Things That Bring Back Memories - Who remembers Whoomp! There It Is by Tag Team? #MondayMemories Click To Tweet

About the Whoomp! There It Is Song:

“Whoomp! (There It Is)” is a song by the Miami bass group Tag Team. The song reached #2 on the Billboard Hot 100 charts in 1993.  The song’s critical reception has been mixed, appearing on both best and worst of all time lists. It is frequently parodied and has also become a staple of sporting events. Tag Team tried to prolong the success of “Whoomp! (There It Is)” with Addams Family and Disney versions, but none of those cracked the Top 40 and the group is considered a one-hit wonder.

The song sampled a beginning synthesizer line from the 1980 Italo disco hit “I’m Ready” by Kano. The chorus is almost the same as the song “Whoot, There It Is” released by fellow Miami-based 95 South a month earlier, but the verse lyrics are very different. Both songs charted on the Billboard chart at the same time, but “Whoot, There It Is” peaked at #11 and “Whoomp! (There It Is)” peaked at #2 on the Billboard Hot 100 chart.

Members of 95 South claim that Tag Team copied their work. “Whoot, There It Is” was released in March 1993, two months before “Whoomp! (There It Is)”. Both singles were recorded in Atlanta. Tag Team member DC claimed that the phrase, ‘Whoomp! There It Is’ was coined by strippers from Florida working in Atlanta. DC was a DJ at an adult entertainment establishment in Georgia during that time. 95 South, however, were Miami based, which led most to believe DC was either simply lying and knew about the track, or he was actually unaware that the phrase the Florida strippers were repeating in Georgia was from an already released track. It seemed highly unlikely, if not impossible, for a professional DJ to be unaware of such a widely played track, especially considering that the Florida strippers he DJed for requested their own music to dance to.

The video for the song features a large outdoor party. It was filmed at an Atlanta fairground. Extras were recruited by word-of-mouth and also by an announcement on a local radio station. More than a thousand extras showed up for the shoot.

In 2010, the song became the subject of media scrutiny when Gawker posted an item asking whether United States President Barack Obama appears as an extra in the song’s video.  A similarity was noted between Obama, who was 31 and working as an attorney in Chicago at the time the video was shot, and an Atlanta-hired extra who appears at the 1:01 mark in the clip.  However, no one involved in the making of the video was able to remember the extra’s name.  The Gawker writer came to the conclusion that it was not Obama. Politifact rated the claim that Obama was in the video as “Pants on Fire”.  In an interview with Gawker, members DC The Brain Supreme and Steve Roll’N of the now-defunct Tag Team confirmed that the extra’s true identity was rapper ‘LA Sno’ Brown, a member of the Miami bass duo Duice.

The hit song spent one week at #1 on the US R&B chart in 1993. On the Hot 100 chart dated July 10, “Whoomp! (There It Is)” reached a new peak at number three, sandwiched between Janet Jackson’s “That’s the Way Love Goes” above and UB40’s “Can’t Help Falling in Love” beneath – all three songs ended up next to each other at the Year-End edition of the chart, occupying exactly the same positions, albeit in slightly different orders. It eventually spent seven weeks at #2 in September through October, 1993 on the Billboard Hot 100, but was kept out of the top slot by “Can’t Help Falling in Love” and Mariah Carey’s “Dreamlover”. The single is certified 4× Platinum in the US for shipments of over 4,000,000 copies and, despite never reaching number one on the pop chart, was the second top song of 1993, behind Whitney Houston’s “I Will Always Love You”. It has sold over 3.5 million copies in the United States.

Tag Team was an American hip hop/pop rap duo from Atlanta, Georgia, active from 1993 up to 1995. The duo was made up of Cecil Glenn (DC the Brain Supreme) and Steve Gibson (Steve Roll’n) who met at Manual High School in their hometown of Denver, Colorado. They are best known for their #1 R&B and #2 Hot 100 single, “Whoomp! (There It Is)”, which was released in 1993. With no other major chart activity after “Whoomp! (There It Is)”, except for two versions of their hit, they are considered a one hit wonder. Tag Team also contributed the song “Pig Power in the House”, featured in the 1995 film Gordy. 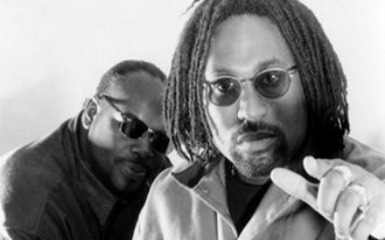 OMG this is hilarious! I went to a concert a LONG time ago and bought a shirt that had “Whomp There it is” on the back at the bottom. You can envision what it looked like and implied! Loved that song too!

That’s priceless, Ivette!! I love how songs can bring back memories. 🙂

Oh my! This brings back memories for me to our pool parties in the summer growing up when the DJ blasted this and the kids went nuts!

Just by the first note, you usually heard the screams and saw the jumping dance moves! 🙂

Thanks a lot – now I can’t get the song out of my head! LOLOLOL

I’m sorry, Denise – these are the memories that I love, though. Thinking of where you were, times in your life, etc.