I received a new DVD called “ When Calls the Heart – Rules of Engagement ” movie from Elliott with Edify Media, Inc. and was asked to watch the movie and post a review on my blog about it.  I had already seen the the other “When Calls The Heart” movies before this, and love them, you can find my reviews on the others here:

Once again we were so excited to watch the newest DVD in the “When Calls The Heart” series.  What happened to Jack? Is the cafe going well?  It’s like you are watching the TV series and cannot wait for the next week to get here to see what’s happening in the series.

The story in this one, once again gets you so involved and so interested in what’s going on.  The acting again is wonderful, they really make you feel as if you are a part of the time that they are portraying.  Seeing the title of this one makes you think…”FINALLY”…Jack’s going to ask her!!!  Well, I won’t give it away, as for the ending, but we cannot wait for the next one!

There was a lot of action in this one and things starting to spice up with a new character coming into the picture (Jack Wagner) and trying to bring light on the mine disaster. Things are going to be getting heated in the ones to come and I cannot wait to see if that mean Mine President finally gets what he is due.  Goodness, that guy needs a whippin’. ha/ha

When Calls The Heart – “ Rules of Engagement ” 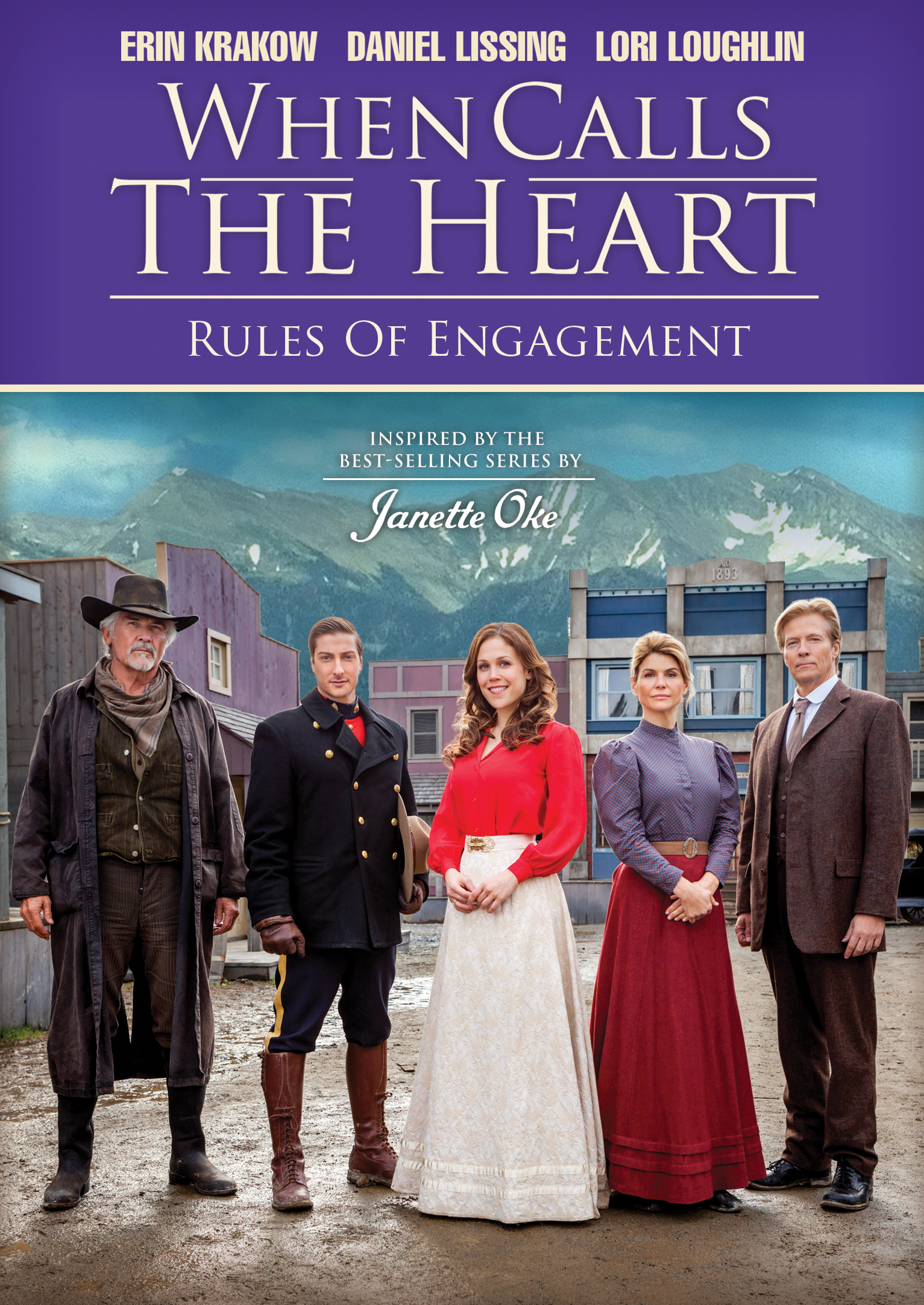 Nashville , Tennessee – When Calls the Heart, Produced and directed by Michael Landon Jr. and inspired by the best-selling books by Janette Oke, tells the story of Elizabeth Thatcher (Erin Krakow), a young woman of privilege, working as a teacher in a prairie town in the Western Frontier. Things were starting to get serious between local Mounty Jack Thornton (Daniel Lissing) and the high society teacher, but the appearance of a woman from his past, threatens to end the relationship entirely. Meanwhile, Abigail Stanton (Lori Loughlin) has become the adversary of the most powerful man in Coal Valley. A mining accident that killed her husband is finally being investigated, and the owner of the mine will doing anything to stop Abigail from finding out the truth.

Synopsis– Jack is back in Coal Valley along with an unexpected visitor that threatens he and Elizabeth’s relationship while Elizabeth receives some unforeseen news that will force her to make a very difficult decision. Meanwhile Bill Avery continues his investigation into the mine explosion with help from Jack; a budding romance grows between Bill and Abigail; Elizabeth struggles to make a decision about the teaching offer.

When Calls The Heart - Trials of the Heart DVD #TigerStrypes

I love Janette’s books & never knew there were movies!

See, and I’m the opposite Laura – never knew they were books! 🙂

G’day Was a big Micheal Landon fan, and am sure he would be very proud of his son!
Thanks for sharing! Cheers! Joanne
#ibabloggers

This is actually a movie, but I’m sure that the books would be great, too! 🙂

I’d love to have some Mommy time to check out the book and the series. I will add this to “my list”. Thanks.
#ibabloggers

This is actually a movie and it’s great for the whole family! 🙂

I’ve never heard of this movie or the books but it does sound action-packed and entertaining! I love the Hallmark channel but I rarely watch TV since we didn’t have cable for the longest time and only watched Netflix. It looks like I have some catching up to do. Thanks for sharing this and for the giveaway! #ibabloggers

Thanks for sharing this. I love reading Janette Oke books. I wasn’t aware that this series was filmed. I will have to go look for the entire series, they look good. Just my kind of movie. 🙂

I read Janette Oke’s whole series. They are wonderful! My mother and I couldn’t wait to get the next book in our hands after having finished one. She’s a fabulous writer, however, I have never watched any of the movies. Can you believe it?

I can believe it, Sandy – a lot of people didn’t know they were out. I, myself, don’t get the Hallmark channel, so I was never able to watch it on TV. Getting the DVD’s has been a blessing!!