I received a new DVD called “ When Calls the Heart – Trials of the Heart ” from Elliott with Edify Media, Inc. and was asked to watch the movie and post a review on my blog about it.  I had already seen the the other “When Calls The Heart” movies before this, and love them, you can find my reviews on the others here: 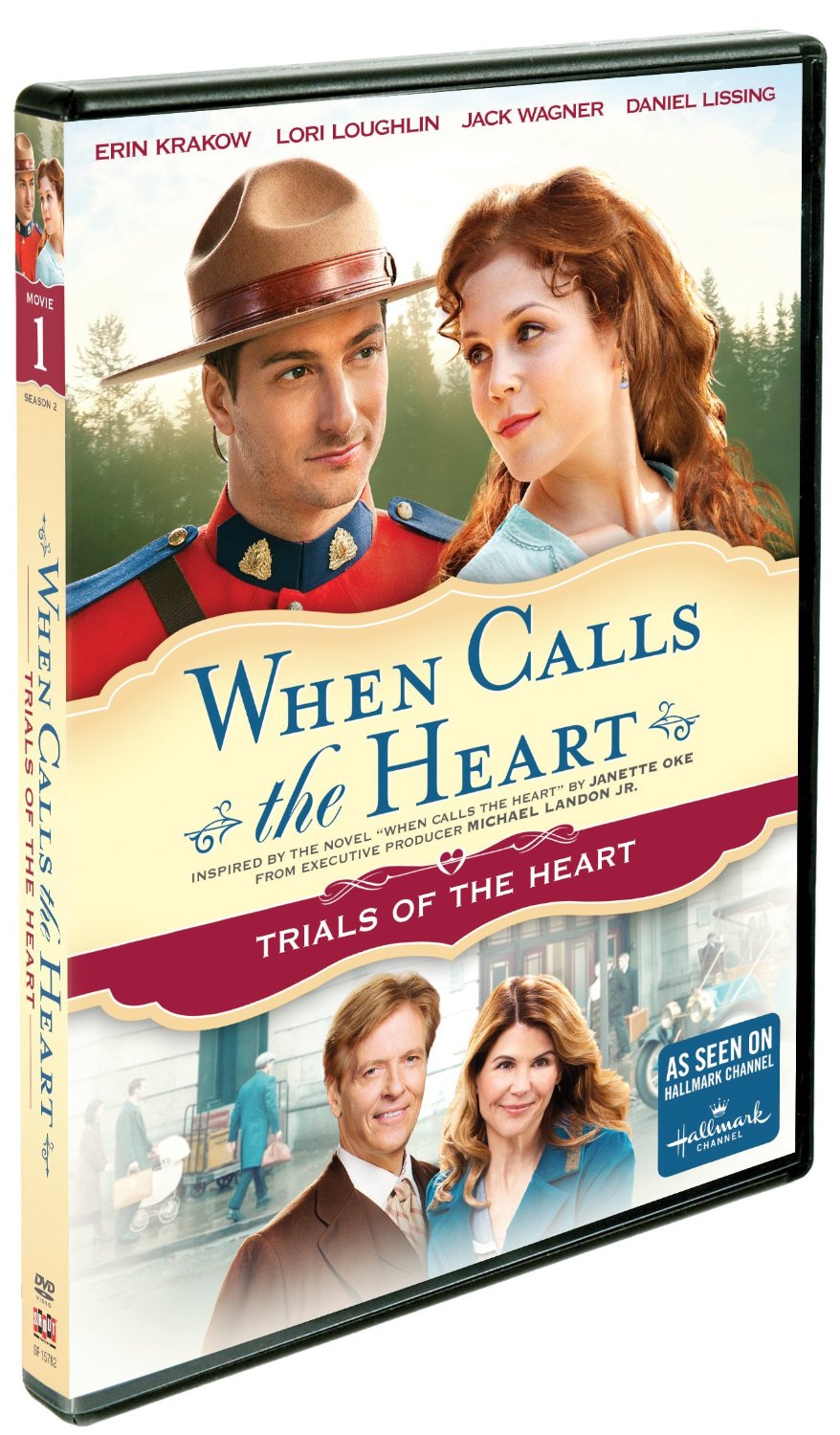 I love every single one of these shows – it’s one that the whole family watches together and is excited to find out what is happening next.  We recently got the Hallmark Channel on our DISH, so we are getting to see them a bit sooner than before.  I still love having the DVD’s, though.  Always great to take with us on a camping trip, or to a friend’s house for a movie night.  You don’t find shows in today’s world much anymore, that are suitable for everyone, no matter the age.

This story looked exciting, and once again, I was wondering if we would finally see the amazing “Mountie” get the “catch” of his life!!  I won’t spoil it for you, but the story was a great one.  The character of Elizabeth has to go back to her home town for awhile, as her Mom has become ill.  I love seeing where she comes from,  and that she still is a great woman who does not value her life on her possessions….unlike her one sister (who needs to take after her sister Elizabeth more) who seems to only care for titles and things.

There are some new twists on the story, but once again, you’ll laugh, learn new things, and take away how much family truly means!

When Calls The Heart – “ Trials of the Heart”

“A TERRIFIC SERIES FOR THE ENTIRE FAMILY” -Dove Foundation 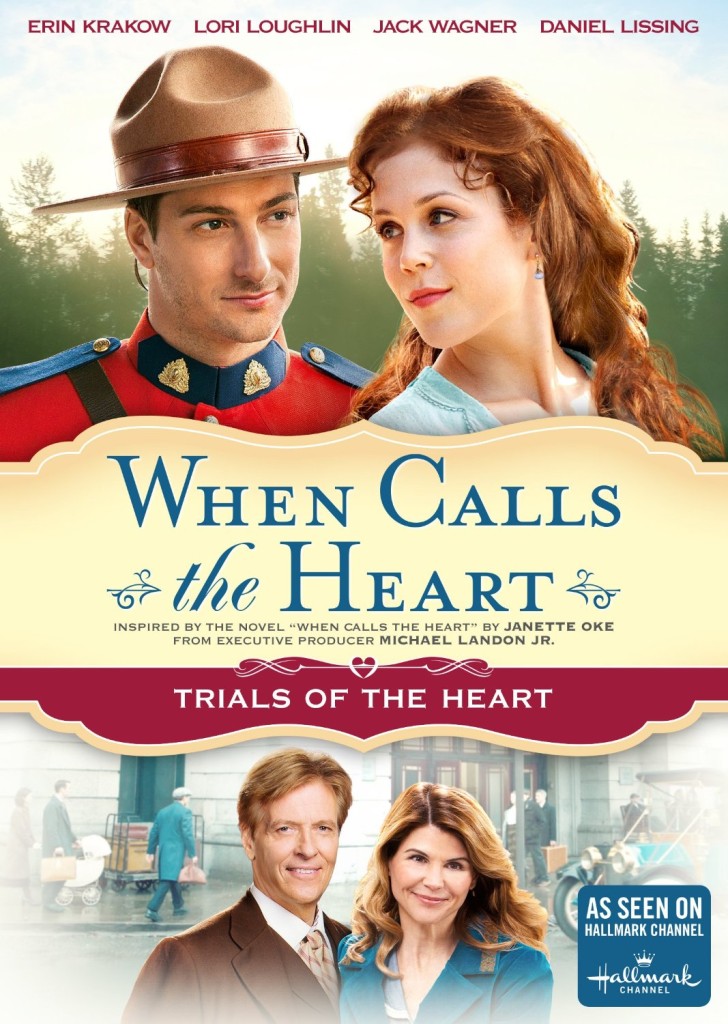 Nashville , Tennessee – When Calls the Heart, Produced and directed by Michael Landon Jr. and inspired by the best-selling books by Janette Oke, tells the story of Elizabeth Thatcher (Erin Krakow), a young woman of privilege, working as a teacher in a prairie town in the Western Frontier. The local Mounty Jack Thornton (Daniel Lissing), is beginning to doubt that his station entitles him to court the high society teacher, and Elizabeth’s father is against the relationship all together. 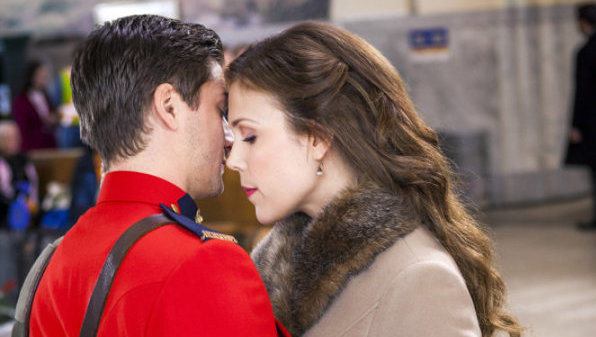 Synopsis – Elizabeth Thatcher (Krakow) is an independent, strong-willed teacher who has foregone the life of the big city and found a job, a home – and romance with a handsome Mountie named Jack – in the small frontier town of Coal Valley. But when she learns that her mother has taken ill, she returns to

Hamilton, her hometown, with Jack as her escort. Once in the comparably opulent Hamilton, Elizabeth and Jack are confounded by Jack’s ne’er-do-well brother and Elizabeth’s former suitor, Charles Kensington. But it is Elizabeth’s father, William, who drives a wedge between them when he suggests to Jack that Charles would be a better match for his well-bred daughter. 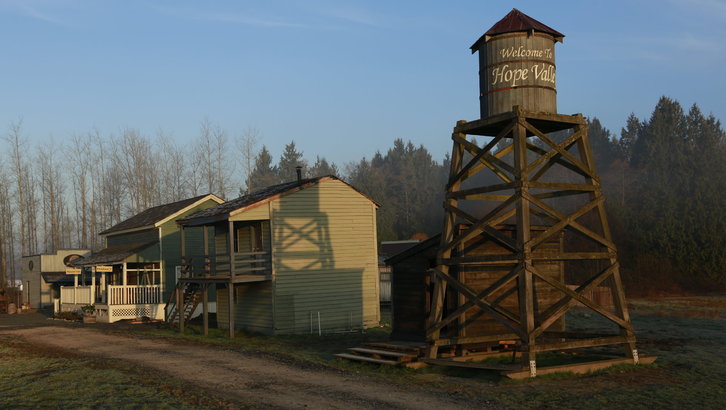 Hi, I saw that you mentioned that you received a copy of the “when calls the heart” dvd to review. I was wondering how do I sign up to do that as well? I love the show and I enjoy giving reviews on things I love and enjoy. Please let me know. Hope to hear from you soon. God Bless You and Your Family.

Hi Laura – I work with a few companies on things like this. As for WCTH, I’ve worked with two different companies, throughout the years. It’s just a matter of meeting the right people. You can go to http://www.flypropeller.com/ and find out about them. 🙂

I wanted to see this! Saw the preview just a bit ago and looked really good! Going to add it to my must watch

It’s definitely a great series. I got to talk with Erin Krakow on a telephone blogger interview, and what an awesome person. Really makes you love the show more, when you know the ones acting have a huge heart!

I have never heard of this. It looks like it would be engaging.

I’ve never seen the show before but now I’m interested. It sounds like a great one and I love shows that the whole family can watch together. Thanks for the giveaway!

This series is amazing!! If you’ve ever watched Little House on the Prairie, there is a lot of the same, only better!

No trials of the heart that I can remember.

I just started watching the first series on Netflix. I always like historical shows. And this is something I can recommend to my friends who have children.

It’s definitely a great one! 🙂