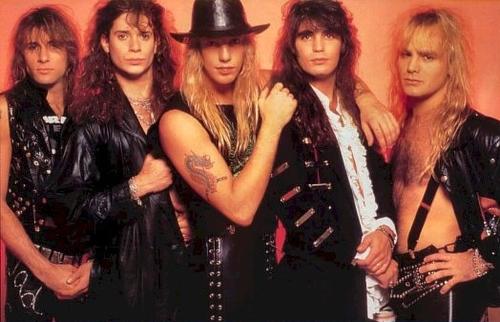 So to get on with this “Things That Brings Back Memories” blog post for this week, I’m going to pick Uncle Tom’s Cabin by Warrant, which was released in 1991.  If you don’t know about the song that I’m talking about, here it is:

This was a song that some people really didn’t like, since they said it was disrespectful to some.  Others didn’t like it because it was Warrant, and there were some that would never add them to the hard rock/heavy metal list.  I always thought that the song itself sounded great!  The story of course was scary, but hey, it was music and the 90’s.  They were just trying to bring some drama to the radio waves.  Did you ever listen to this song?  What did you think of it? 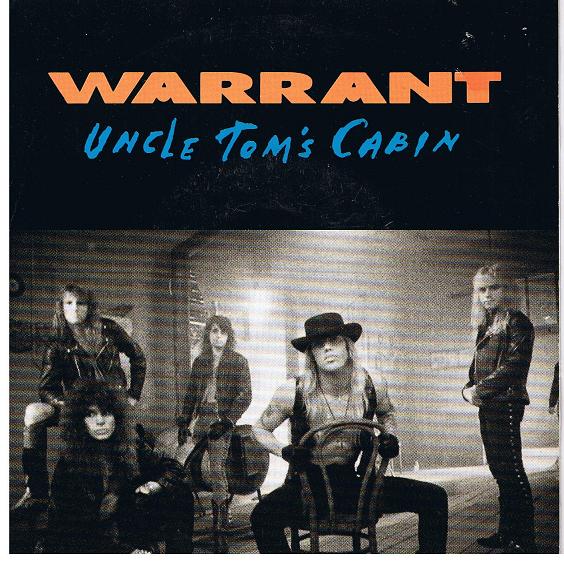 “Uncle Tom’s Cabin” is a song by American rock band Warrant. It was released in April 1991 as the third single from Warrant’s second album Cherry Pie. The song charted at #78 on the Billboard Hot 100 and #19 on the Mainstream Rock Tracks chart.  In Australia, the single peaked at #85 on the ARIA singles chart in May 1991.

A music video was made for the song, and later the song was re-visited by the band in 1999 on their Greatest & Latest album.

According to frontman Jani Lane, the original working title for the song was “I Know a Secret”.

Prior to the writing of the song “Cherry Pie”, the album’s title and first single was to have been “Uncle Tom’s Cabin”, a track which foreshadowed the kind of imaginative song writing which would later be more fully revealed on the Dog Eat Dog record. Although named after the classic novel by Harriet Beecher Stowe, the song tells the story of a witness to the involvement of local police in a double murder and appears at first to have nothing to do with slavery, racism, or the U.S. South (although the video for the song was set in Louisiana). Many fans have speculated that the lyrics could relate to the murders of civil rights activists at the hands of racist police officers that occurred in the U.S. during the 1960’s, an example being the “Mississippi Burning” events, but things remain ambiguous. 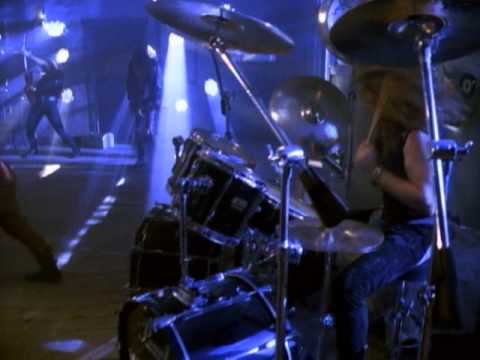 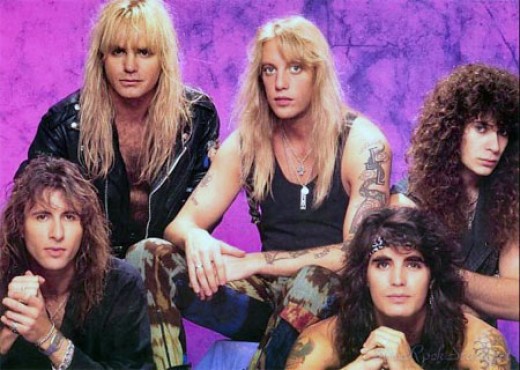 Warrant is an American glam metal band formed in 1984 in Hollywood, California, that experienced success from 1989 to 1996 with five albums reaching international sales of over 10 million. The band first came into the national spotlight with their Double Platinum debut album Dirty Rotten Filthy Stinking Rich, and one of its singles, “Heaven,” reached No. 1 in Rolling Stone and No. 2 on the Billboard Hot 100.  The band continued its success in the early 1990’s with the Double Platinum album Cherry Pie which provided the hit album titled song and music video.

Following the critically acclaimed Gold album Dog Eat Dog the band started to experience frequent changes to the line-up and despite the drop in popularity with the arrival of grunge, they released Ultraphobic in 1995 and a successful best of album in 1996. The band also changed their musical direction with the release of the grunge influenced Belly to Belly in 96, but returned to their roots very quickly by the end of the decade. The band experienced highs and lows in the 2000’s with successful tours, a new covers album Under the Influence, lead singer Jani Lane leaving, a brand new Born Again album with new singer Jaime St. James and a brief reunion of the original line up. Into the new decade former lead singer and main songwriter Jani Lane died from acute alcohol poisoning.

After over 30 years, the band is still recording music and performing, now with ex-Lynch Mob lead vocalist Robert Mason.

I love listening to the music of my teens, as soon as it hits the radio I’m there bopping away 😉 I haven’t heard of Warrant, I feel like I’m missing out!

They were a great group. It cracks me up how I can remember all of these words, but not my shopping list this morning. :/

I wasn’t into listening to music in the 90’s too much, and never heard of this band or this song. I am still a lover of the 50’s, 60’s and 70’s music. A lot of those songs bring back memories both good and bad!

Music is definitely something that can be linked to specific times in life, for sure.

That was really fun to listen too!!! Bluesy and rockin all in one. Although I had never heard of them. Product of the 70’s and 80’s is probably why. What a fun post and you share so much info!!

They were one that took steps in different directions, and that’s why I loved them as a group. Super talented!

Very interesting, I never gave much thought to Uncle Tom’s Cabin. I loved Cherry Pie. The two seemed worlds apart, at least for me. I enjoy and appreciate these throw back Memory Mondays!

I agree Gladys. So many bands had cookie cutter songs back then, it was good to hear a change with Warrant! 🙂