For this week’s “Things That Bring Back Memories” post, I am going to pick something in the topic of “TELEVISION” and go with Voltron : Defender of the Universe.  This was a show was one that always reminded me of the Transformers toys.  It was a show that I loved!! I was one of those girls that didn’t care about Barbie, and especially wanted nothing to do with a Cabbage Patch Doll, so these types of shows were the ones I loved.  Growing up with a little brother, and mainly being around only boys in the neighborhood, I learned young that being a tomboy was better…and it turned out to be more fun!

For those of you, who are either too young, or just don’t remember it, here’s a video of the Voltron : Defender of  the Universe intro: 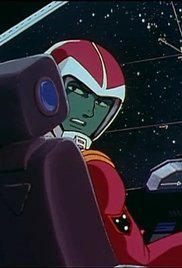 Voltron: Defender of the Universe is an animated television series that features a team of astronauts that pilot a giant Super Robot known as “Voltron”. Initially produced as a joint venture between World Events Productions and Toei Animation, the original television series aired in syndication from September 10, 1984 to November 18, 1985. The first season of Voltron, featuring the “Lion Force Voltron”, was adapted from the Japanese anime television series Beast King GoLion. The second season, featuring the “Vehicle Force Voltron”, was adapted from the unrelated anime series Armored Fleet Dairugger XV.

Voltron was the top-rated syndicated children’s show for two years during its original run, and spawned a follow-up series, several comic books, and a 1-hour special.

On January 5, 2016, Netflix announced Voltron would debut in 2016 as an original animated Netflix series in partnership with DreamWorks Animation (DWA), part of an expanded multi-year agreement between the two groups.  In February, teasers revealed the title of the new series to be Voltron: Legendary Defender.  On March 25, 2016, a teaser trailer was released, announcing that the first season, consisting of 13 episodes, would premiere June 10, 2016.

The original series was created by Peter Keefe and John Teichmann in 1984 using material that they had licensed from the Japanese animated series Beast King GoLion and Armored Fleet Dairugger XV. The producers had no means of translating the Japanese series into English, thus they surmised the plots, created all-new dialogue, edited out the more violent scenes and remixed the audio into stereo format. The series was an immediate hit in the United States, topping the syndication market for children’s programs in the mid-1980’s.

The Japanese Future Robot Daltanious series was originally planned to be adapted by World Events Productions as part of Voltron. When requesting master tapes from Toei Animation for translation purposes, the World Events Productions producers requested “[the] ones with the lion.” Mistakenly, Toei then proceeded to ship World Events copies of Beast King GoLion, another “combining-robot” cartoon featuring lion-shaped fighters. Because the World Events producers greatly preferred GoLion to Daltanious, the GoLion episodes were adapted instead, going on to become the most popular portion of the original Voltron run. A third version/series of Voltron based on yet another Japanese series, Lightspeed Electroid Albegas, was also in progress, but dropped when World Event Productions joined with Toei to make new GoLion-based shows, due to that series’ popularity over the Dairugger run. 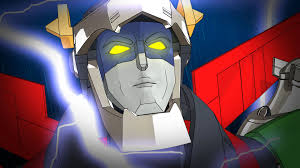 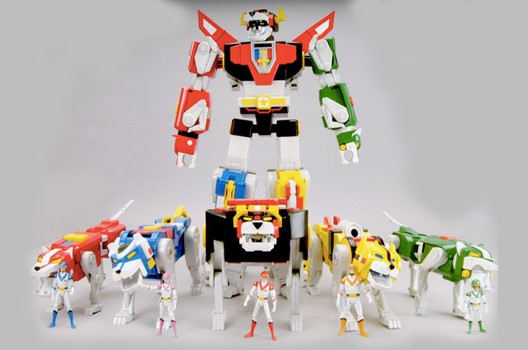 There were a total of three “Voltrons”: Voltron I of the Near Universe was the “Vehicle Force”, and the “Lion Force” of the Far Universe was Voltron III. Voltron II, from the Middle Universe, featured three humanoid robots that combined into one multi-armed fighter; this version was never shown in the US (though toys based on this show were released).

This series was originally planned to be an adaptation of Mirai robo Daltanias (1979). But Toei Animation accidentally sent tapes of Beast King GoLion (1981) to World Events Productions. The producers found that they liked “Go lion” better and adapted it into “Voltron”.

Drule Commander Malvor and Mongo are identical but have different voices. In Dairugger XV, they are the same character. A similar error happened with Commander Zabbar. This time, two completely different characters (who didn’t resemble each other much) were given the same name and the same voice.

In order to activate the Lions, each team member had to insert a special key. In many instances when Keith is starting the Voltron forming sequence, his key can still be seen on his tunic, but then is also seen on the panel of his lion, and then moves in the same way – left to right – as it already did when first being used to activate the Black Lion.

My boys would love these guys. Reminds me of the transformers.

It was a different version of that. I just loved that they were cats!!

Oh, my little boy would love Voltron. Maybe this will be a good reward for him if he gets stars all week at school. 🙂

Any way to motivate is a great one! 🙂