Thank you IconMediaGroup for partnering with me on this “Be a Voice for the Voiceless” blog post!

Be a Voice for the Voiceless (Movie Review)
‪#‎Voiceless #VoicelessTheMovie

I received the Voiceless movie to watch and give my opinion on.  At first, I wasn’t really sure about what the movie would be about.  I read some of the synopsis and figured it would be about someone or some group just speaking their mind, or trying to take a stand.  The movie turned out to be a lot more than that.

Having someone in today’s world, see something that is not right and take a stand is not something you see much of anymore.  That’s a shame, but in today’s “feel good”, “politically-correct” world, some people are afraid to tell others the truth.  Seeing this character in the movie stand up for what was right and not be afraid of their actions was something.

I loved all of the characters and seeing how just a few words could make a world of difference in someone’s life.  Having heard so many stories about things like this in ministry, and just in our local community, it makes you really wonder how many are voiceless.  I think we all need to try and take a stand in some other people’s lives for what is right and help them to have a voice, when they might be afraid to use it.

A big thanks to IconMediaGroup for letting me view this movie and share it with my readers.  This movie is one that I would definitely recommend for young adults, college age or any group that might be touched by knowing that they have a voice!

Have you heard of the @voicelessmovie ? Check out my review and watch it for yourself! #voiceless #ad Click To Tweet

About The Voiceless DVD:

[perfectpullquote align=”full” cite=”” link=”” color=”” class=”” size=””]“Voiceless is the first pro-life film that powerfully addresses the reasons why most people don’t engage the injustice of abortion. This film is brilliantly designed to inspire the Church to action.” ~Joe Baker, CEO Save The Storks[/perfectpullquote] 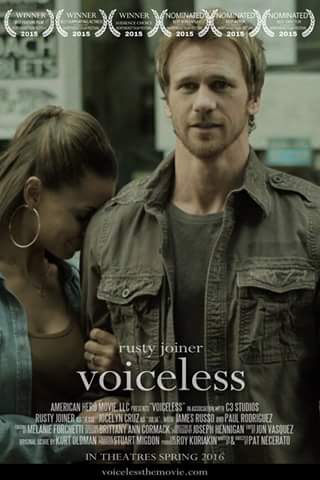 NASHVILLE, TN – From writer/director Pat Necerato comes Voiceless, a film that tackles the controversial pro-life vs. pro-choice debate with conviction and compassion, and presents that the true choice is one the church must make. In the film, a young, reserved war veteran-turned-community outreach leader puts his life on the line to stand against an abortion clinic that has taken up shop across the street from his Philadelphia church.

“Voiceless was made to engage the church,” said producer Stuart Migdon. “We believe our film artfully presents the issue in a way that pro-life supporters can rally behind without alienating pro-choice viewers before they’ve had a chance to contemplate our story.” 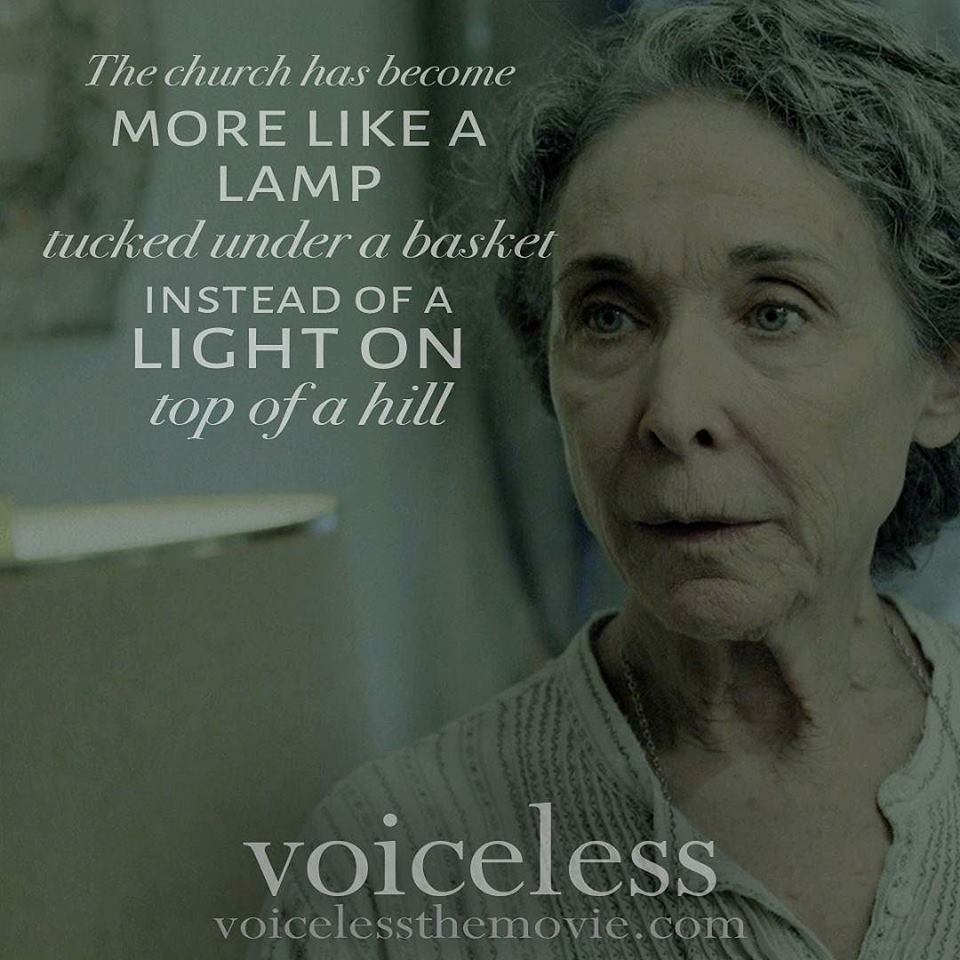 including The Passion of the Christ. Other films Lange has contributed to in this space include End of the Spear, Bella, The Stoning of Soroya M, Kirk Cameron’s Monumental, and King’s Faith.

Battling his own inner-demons, Jesse (Rusty Joiner: Last Ounce Of Courage, Dodgeball, “Days of Our Lives”) encounters a young, pregnant teen overcome with grief.  After an impulsive abortion, has her family blaming Jesse for more than just her final decision.

Jesse’s wife Julia (Jocelyn Cruz: Strike One, This Is Our Time) must come to terms with her own choices and decide if she can support her husband as opposition mounts against him. Comedian Paul Rodriguez also stars as Virgil with James Russo as Pastor Gil.