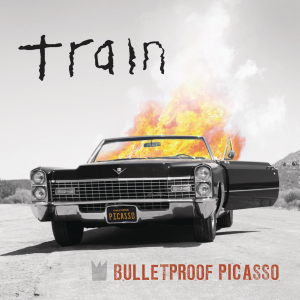 I participated in the Train Bulletproof Picasso album review program as a member of One2One Network. I was provided Bulletproof Picasso that Train is releasing on September 16th to listen to and give my opinion on, this was a free album to review, and all opinions are my own.  All in all, the sound was great, these guys really know how to use their voices as instruments and get you tapping your toes to their songs.

Who remembers “Drops of Jupiter” and “Marry Me”?  Those songs are iconic!  Now, I’m sure songs from this album like “Angel in Blue Jeans” will be just like those, ones you will never forget.  All of the songs are perfect for cruising, or just listening to on your MP3 player to enjoy.  I love that kind of music that sounds good to all genres, ages, etc.  That type of sound is priceless!!

Here’s a sample for you to hear:

Be sure to mark your calendar for September 16th, and head over to the links to get a copy for yourself to enjoy: 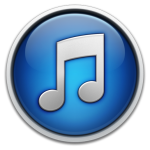 The album’s first single, “Angel In Blue Jeans,” has soared to the Top 15 of Triple A and Adult Top 40 radio in only a month, joining the band’s successful arsenal of other radio-embraced singles throughout their two-decade career. An evocative video for the new song premiered on VEVO July 15th, featuring seasoned character actor Danny Trejo, who starred in the Robert Rodriguez-helmed ‘Mariachi-style’ sagas Machete and Dusk Til Dawn, among others. Hannah Simone from the hit TV show ‘New Girl’ is also featured in the clip.

Bulletproof Picasso was produced by previous Train collaborator Butch Walker, and reflects frontman-singer/songwriter Pat Monahan’s penchant for distinctive musical stylings on this one.

“I’ve always wanted to emotionally connect with people through the songs,” says Monahan. “But I also want to get into people’s lives with this album. We’re very excited about Bulletproof Picasso and we’re looking forward to performing some of the new songs for all our fans.”

Train will be showcasing new tracks in celebration of the album’s upcoming release in September with shows in Los Angeles, New York, and their hometown of San Francisco among others. Several summer festival and one-off dates have also been unveiled (dates below), including Red Rocks Amphitheatre in Denver, CO, Sturgis Buffalo Chip Bike Rally in Sturgis, SD and V Festival in the UK.

Other songs on the new album include the combustible title track, “Bulletproof Picasso,” “Cadillac, Cadillac,” “Just A Memory,” “Give It All,” and “The Bridge,” among others (full 12-song track listing below). 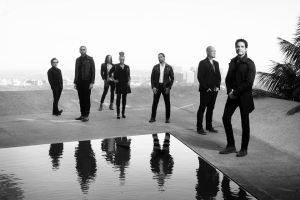 Their gift for delivering memorable songs that capture the listener’s imagination has seen them achieve unprecedented radio and social media traction, with the eight-time Grammy nominees heralded as a standard bearer of riveting, roots-based pop around the world. Their most recent album, 2012’s California 37 spawned the hit “Drive By,” among other songs, a multi-platinum single that reached the Top Ten in 13 countries, adding to the prolific Train set-list which already includes multiple signature smashes such as their Grammy winning classic “Drops Of Jupiter (Tell Me),” the chart-topping “Meet Virginia,” and “Calling All Angels.” The band snagged another Grammy in 2011 for their global smash “Hey Soul Sister,” (the #1 hit and biggest selling single of 2010) from their 2009 multi-platinum album, Save Me, San Francisco.