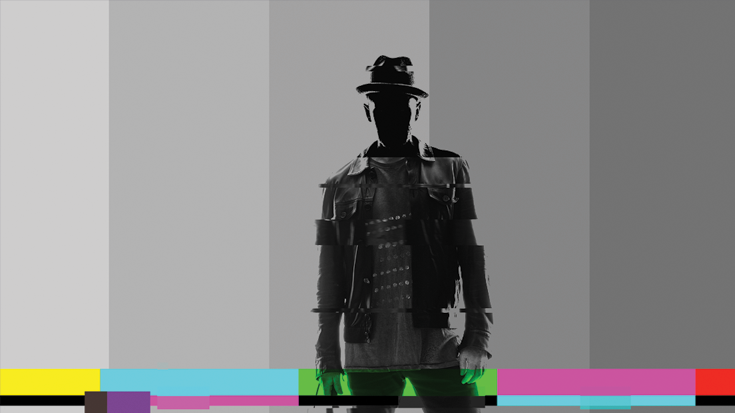 ….This Is Not a Test! TobyMac is Back!!!
#THISISNOTATEST #FLYBY

I received the new TobyMac album, called “This Is Not a Test” from FlyByPromotions and couldn’t wait to listen to it.  I had heard that Toby was going back to some of his old style of music and I was so excited!! Listening to DC Talk years ago, it was always a fun type of music to rock out to.  This new album, is just the same.  Great sound, fun lyrics and something that you could really enjoy!!  This would be perfect to play at a party or just driving down the road, blasting the music and bumping the bass (I ask your forgiveness if I’m driving near you, because mine is pretty loud!)  😉

Read below, and watch his great video to find out more about this great album!! I definitely recommend it to anyone who likes this style, and am so happy to be able to enjoy TobyMac’s music, with this sound, again!! 🙂 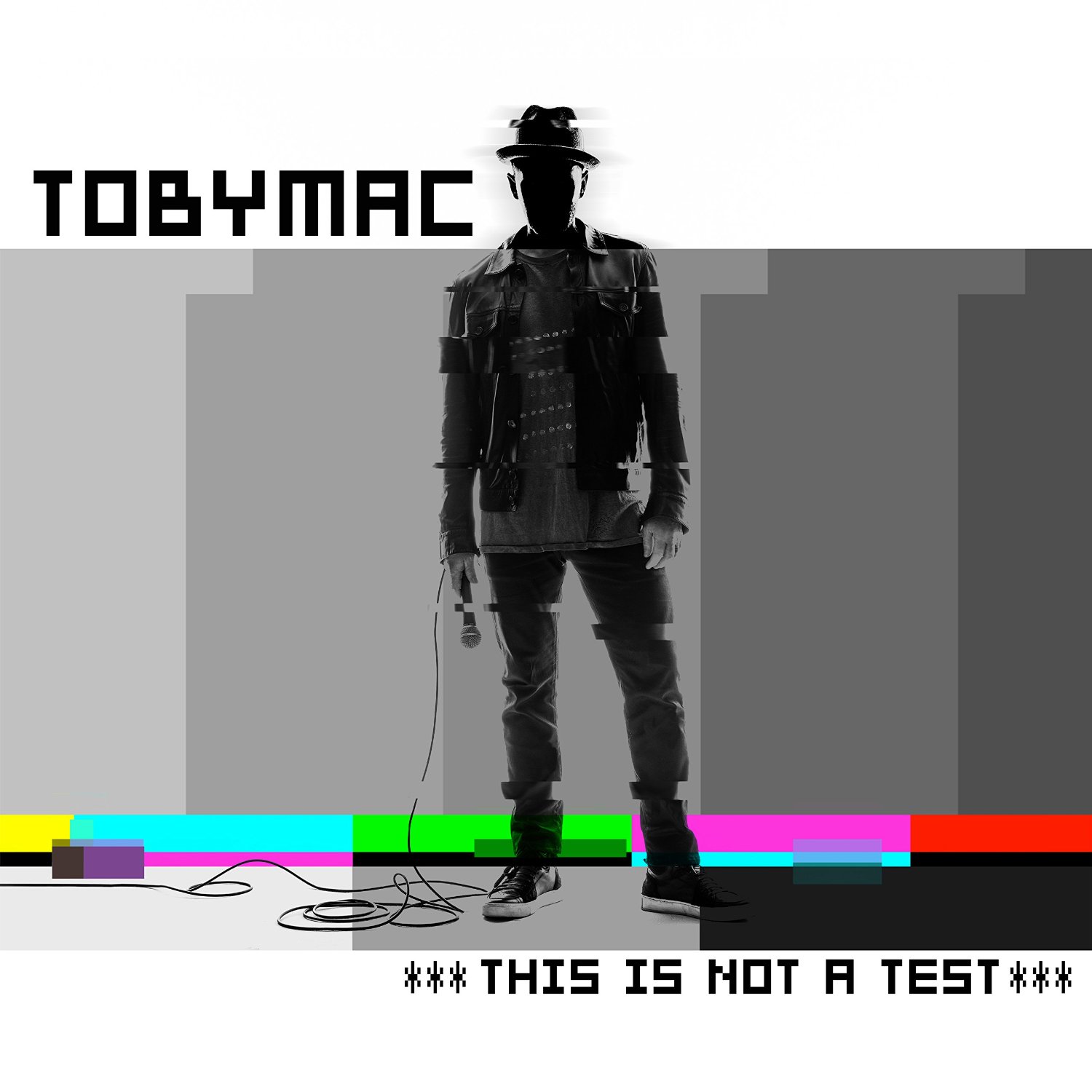 The new studio album from TobyMac features the hit single ‘Beyond Me.’ One of Christian musics best-selling artists, TobyMac continues to successfully blend elements of rock, pop, and hip hop. His music reflects real life struggles, his faith and passionately pursuing God. His current album, the Gold-Certified Eye On It, featured 3 Top 10 hit singles including ‘Me Without You,’ ‘Steal My Show,’ and the No. 1 song ‘Speak Life.’

As the founder of legendary group dcTalk, TobyMac has amassed over 10 million career albums sold and his five solo projects have all reached RIAA Gold status and Grammy nominations, while his live CD/DVD won a Grammy Award in 2009. The 2012 studio album Eye On It debuted at #1 on the Billboard Top 200 Chart, selling nearly 70,000 albums street week and featuring the hits ‘Me Without You,’ ‘Steal My Show,’ and the #1 radio hit ‘Speak Life.’ Additionally, his music has been heard in major motion pictures while also being featured on Fox Sports and The NFL Network. ‘Showstopper,’ from the chart-topping album Tonight, was featured in ESPNs ESPY Award Show and used to launch the last season of CBS hits television show CSI: NY.

More often than not, the songs that make up This Is Not a Test present the former DC Talk rapper/vocalist’s values in everyday metaphors, broadening the album’s appeal far beyond the CCM crowd. And his clever lyrics are just the start. These soulful dance and pop tunes brim with funky horns, catchy choruses, high-energy beats, and a slew of guest artists. Check the quick-paced EDM-rocking title track: it’s a motivational push that’ll get you moving. 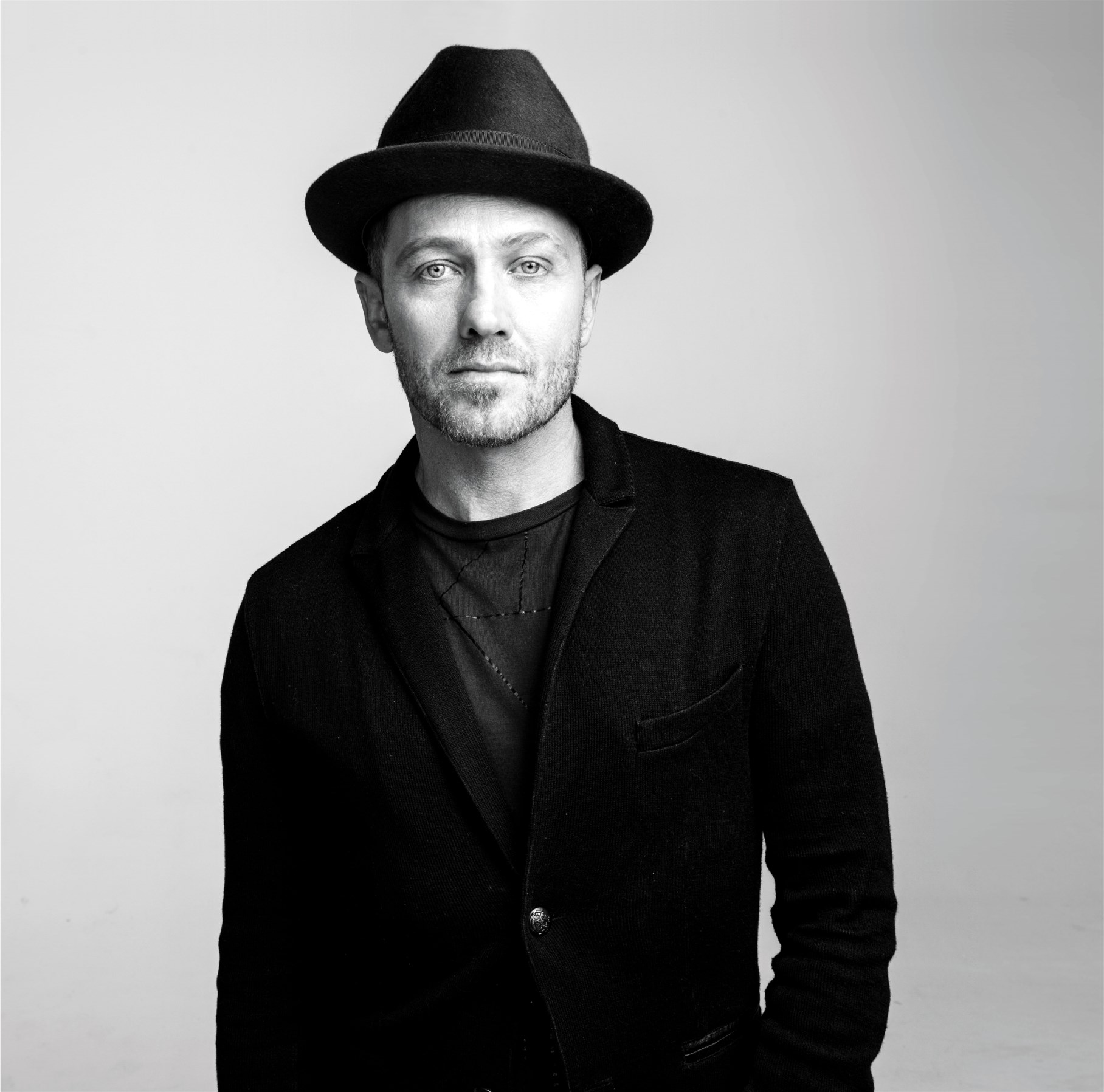 Toby McKeehan (or tobyMac, as he is professionally known) grew up in the northern Virginia suburbs in the shadow of Washington, D.C., where he fell in love with rap music. While attending Liberty University in Lynchburg, Virginia, during the mid-’80s, he met Michael Tait and Kevin Max Smith (aka Kevin Max), and the three friends formed the Grammy-winning, platinum-selling Christian pop group dc Talk, which mixed elements of CCM, grunge, and rap. When dc Talk ended in 1999, McKeehan began a solo career that was stylistically diverse and immensely successful as well.

The first tobyMac solo album, Momentum, was released in 2001. A mixture of urban rock and rap, it garnered five Dove Awards and a Grammy nomination, and spawned the remix album Re: Mix Momentum, which saw the light in 2003. Using pretty much the same blueprint, and even adding in a little dancehall reggae, McKeehan released Welcome to Diverse City in 2004. It worked again; the album landed tobyMac a Dove Award for Rap/Hip-Hop Album of the Year. Another album-length remix set, Renovating->Diverse City, came in 2005. Released in 2007, Portable Sounds provided fans with another vibrant, genre-melding set of new material and entered the Billboard 200 at number 10. Four of its singles, including the Kirk Franklin and Mandisa collaboration “Lose My Soul,” reached Billboard’s Top Christian Songs chart. It was followed in 2008 by the two-disc live set Alive and Transported.

McKeehan’s roll continued the next decade. Tonight, released in 2010, debuted at number six on the Billboard 200 and won a Dove Award for Rock/Contemporary Album of the Year. In 2012, after Christmas in DiverseCity and Dubbed and Freq’d: A Remix Project, he released his fifth proper studio album, Eye on It. Ever willing to explore different sounds, it incorporated EDM-style dubstep. The set debuted at the top of the Billboard 200 and won the 2013 Grammy for Best Contemporary Christian Music Album. Reviving his album remix format, he issued the companion album Eye’m All Mixed Up: Remixes in 2014. McKeehan debuted new material while on his 2014 Worship, Stories, and Song Tour, and the single “Beyond Me” was released at the beginning of 2015. His sixth album, This Is Not a Test, is available now!

TobyMac “This Is Not a Test” CD Giveaway

“Disclosure (in accordance with the FTC’s 16 CFR, Part 255: “Guides Concerning the Use of Endorsements and Testimonials in Advertising”): Many thanks to Propeller Consulting, LLC for providing this prize for the giveaway. Choice of winners and opinions are 100% my own and NOT influenced by monetary compensation. I did receive a sample of the product in exchange for this review and post.  Only one entrant per mailing address, per giveaway. If you have won a prize from our sponsor Propeller / FlyBy Promotions in the last 30 days, you are not eligible to win. Or if you have won the same prize on another blog, you are not eligible to win it again. Winner is subject to eligibility verification.” 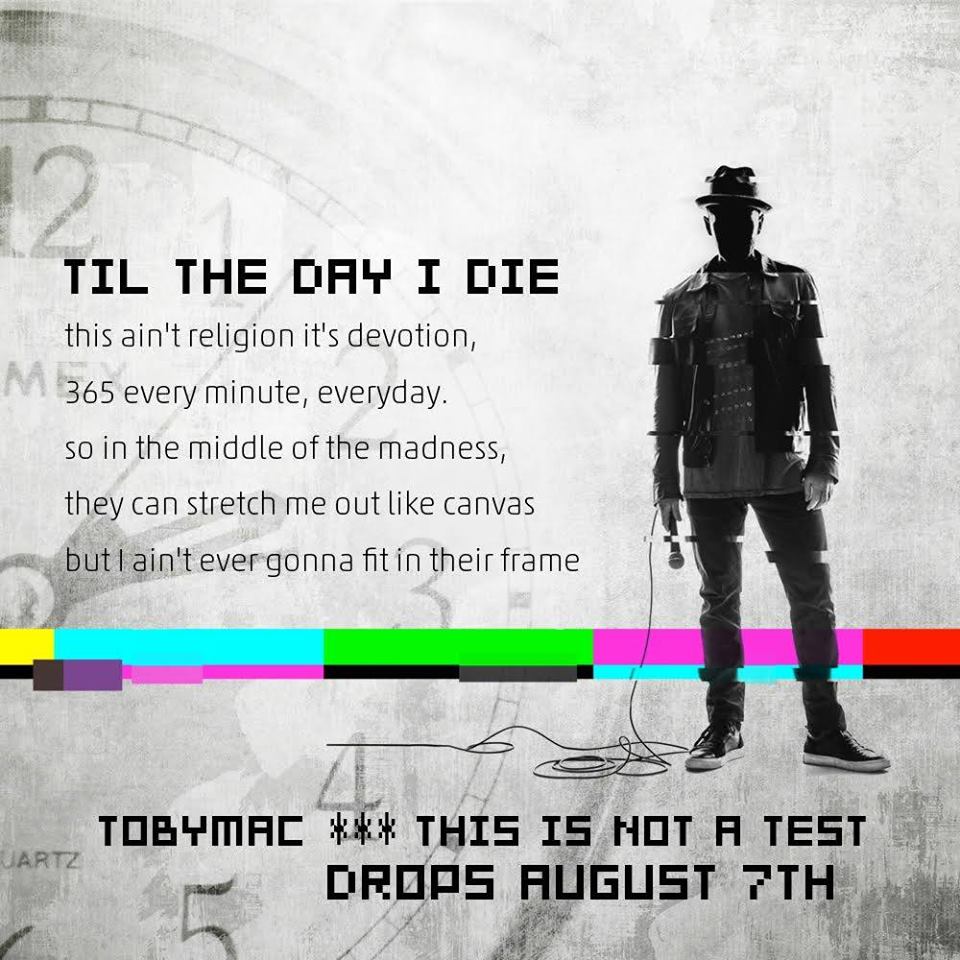 Sounds like a great album, I like the message he’s sending with this. Would love to win it!

It’s definitely a great one!! Glad that you entered! 🙂

I am not really familiar with Toby Mac, but going to listen! Looks like a great album!

He’s one that has been around for awhile and has a heart of gold! 🙂

I just recently heard of TobyMac and had the chance to listen to the album. Very nice album, Backseat Driver is my favorite song off this album. Great review!

Thanks for stopping by Jamie – I love all of the music on this CD…he definitely did a great job!

I have got to be the only Southerner in Georgia who isn’t a big fan of TobyMac but I know my mom LOVES him! I’ll have to get his CD for her birthday 😀

That’s the reason that there are so many different types of music, Sarah – something for everyone to love! 🙂

I do not think that I have heard of TobyMac or DCTalk before, although both sound kind of familiar to me. I like a wide selection of different kinds of music – I tend to gravitate to the words and whether or not the rhythm is catchy.

Sounds like this album has a great compilation. I am always looking for new upbeat tunes.

This album is great!! Really sounds like the old DCTalk!

We love Toby Mac here at our home and in Nashville!

He’s definitely a great one, Linda!!

Very cool! I could use some high energy music like this.

I love listening to Toby Mac. This Cd sounds like a good one to add to my collection