For this “Things That Bring Back Memories” post, I am going to change this up a bit.  I usually stick to TV, music and film, but figured that there are a lot of other things that bring back memories for many of us, so it would be fun to look at them to.  The thing I’m going to pick today are the well known Scratch & Sniff Stickers from the 80’s.

Scratch & Sniff Stickers were something that every kid loved, collected, shared and laughed about.  I always remember getting a note from my friend Jenny (back before texting) and having one of those stickers on it.  I think the Root Beer one was always my favorite.  Then awhile later, they came out with some Garfield ones that smelled like Lasagna…those were kind of gross.

For those that don’t remember it, here’s the TV ad from long ago:

The Scratch & Sniff Stickers were something that almost every kids wanted, or had a collection of at home!  Did you ever have some, or get some later in life for your kids?  What did you think of them? 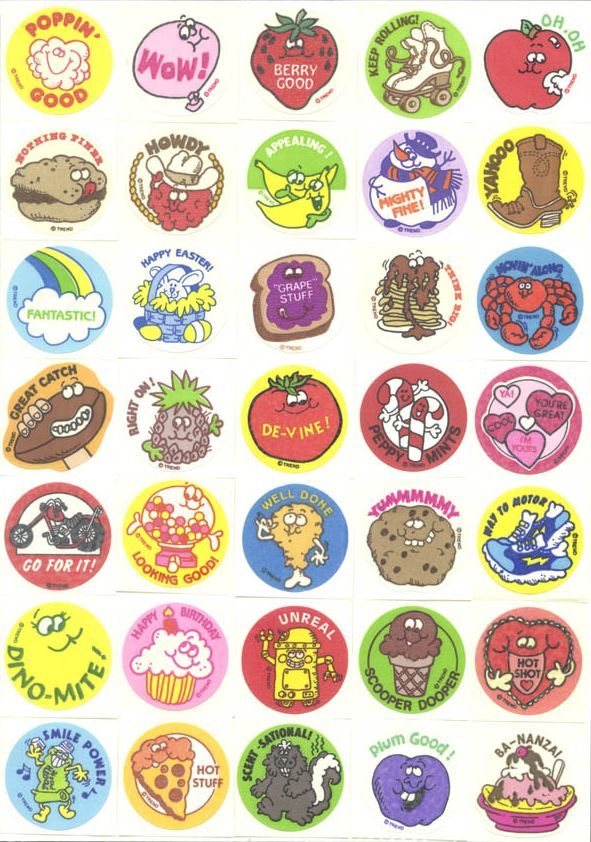 Scratch & Sniff technology generally refers to stickers or cardboard items that have been treated with a fragrant coating. When scratched, the coating releases an odor that is normally related to the image displayed under the coating. The technology has been used on a variety of surfaces from stickers to compact discs. Scratch and Sniff Publishing produces books with smell. Smell is integral to the storyline development using small hot-spots with Micro-encapsulated inks.

The first generation of Scratch and Sniff was basically an aromatic scent of “perfume” with a coat of varnish over the substrate to dry. Scratching the printed piece released the fragrance and only last a few hours or days at most. 3M invented the technology in 1965, using a process originally developed for carbon-less copy paper called micro-encapsulation.

For a time, Scratch & Sniff stickers were used to diagnose anosmia, although this practice later declined.

Utility companies have enclosed scratch and sniff cards in their bills to educate the public in recognizing the smell of a methane gas leak. In 1987, cards distributed by the Baltimore Gas and Electric Company led to a rash of false alarms when the scents of cards in unopened envelopes were mistaken for real gas leaks.

Scratch & Sniff stickers became popular in the late 1970’s, and remained so through to the mid-1980’s. In 1977, Creative Teaching Press produced some of the earliest scratch and sniff stickers. These stickers were mainly marketed to teachers as rewards for their students.

While there were hundreds of companies that put out Scratch & Sniff stickers, the most well known are the originators Creative Teaching Press (CTP) (who later renamed them Sniffy’s in 1980/1981), Trend Enterprise’s Stinky Stickers line (which followed directly after CTP), Hallmark, Sandylion, Spindex, Gordy, and Mello Smello.

More recently the BBC reinvented Scratch and Sniff cards with a version that accompanied a new television series ‘Filthy Cities’. Viewers were invited to use the aroma cards at home to experience the nasty smells of Medieval London and Revolutionary Paris as they were taken on a journey back in time to the ‘filthy cities’ of yesteryear. The four aromas included Sewage, 18th Century Tannery, Marie Antoinettes’ Perfume and Pong de Paris. The fragrances and scratch and sniff cards were developed by The Aroma Company Europe in Oxfordshire using aroma touch to smell technology. 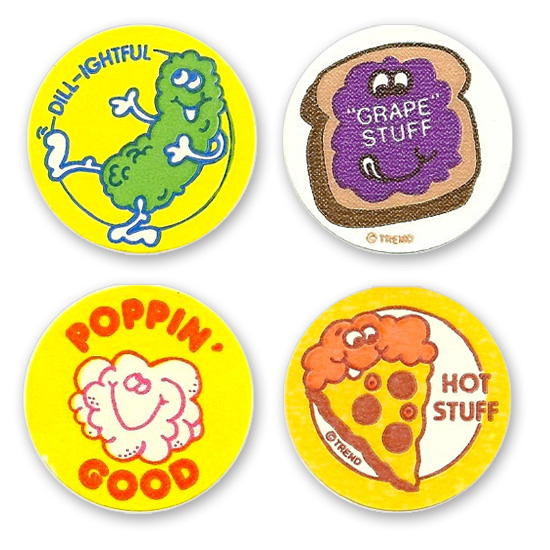 Who remembers Scratch & Sniff Stickers from the 80's? Did you collect them when U were younger? #TTBBM #TigerStrypesBlog Click To Tweet

I totally remember these stickers and loved them! What a fun post, I’m so glad I found it today!

Thanks for stopping by…you earn a sticker!! ha/ha