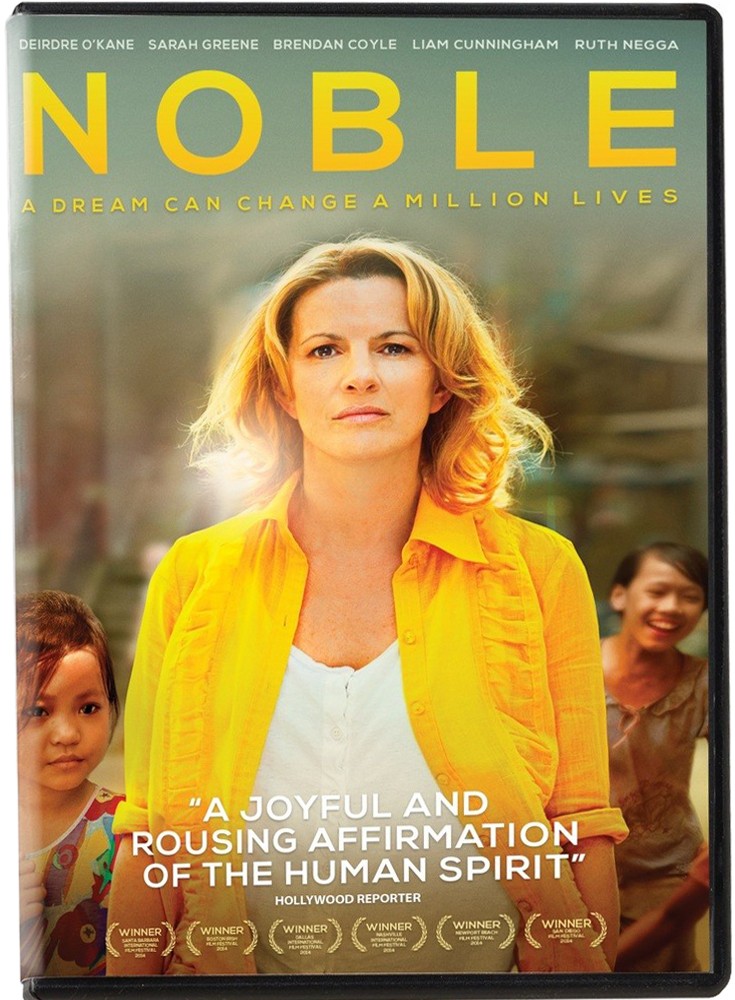 I received the Noble DVD from Elliott from Edify Media Inc. to watch and let you know what I thought.  I watched some of the previews online, and it looked like a great story.  I couldn’t imagine having to deal with the things that this woman did, at such a young age.  Seeing her story and how she still wanted to make a difference was wonderful.

The movie is one that is great to watch with family, or your church group.  What an amazing story!!  For someone who had gone through so much in their life, to want to give back to others…and be able to change SO MANY lives, is remarkable.  It meant so much more, knowing it was a true story.  What an amazing woman, who was used by God to bring joy to the hearts of so many children, who were otherwise looked over.

There were some really exciting parts to the movie, amazing filming, great acting.  I would definitely recommend it to families (of older kids), church groups, or people wanting to know more about how to deal with disabilities, child trauma or family issues.  Thanks to Edify Media Inc. for letting us watch it, and post about it. 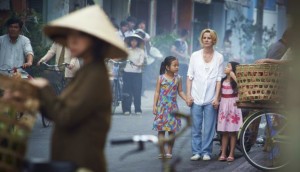 A fearless life. A reckless love.

Christina Noble dreamed a dream, but it wasn’t the type of dream that brings peace in the midst of trouble or joy of a happier future. Christina Noble dreamed of war-soaked Vietnam, of children in trouble, of cries for help. While some people might run from such a dream, Noble knew that the dream was from God, and she pursued that dream faithfully. Because of her, thousands of children have been saved.

Winner of six U.S. film festival awards, including the Panavision Spirit Award at the Santa Barbara International Film Festival, the powerful biopic drama written and directed by Stephen Bradley is heralded by critics as “raw and genuinely powerful,” “captivating” and “moving.” The Hollywood Reporter calls it “a joyful and rousing affirmation of the human spirit that will resound widely.” 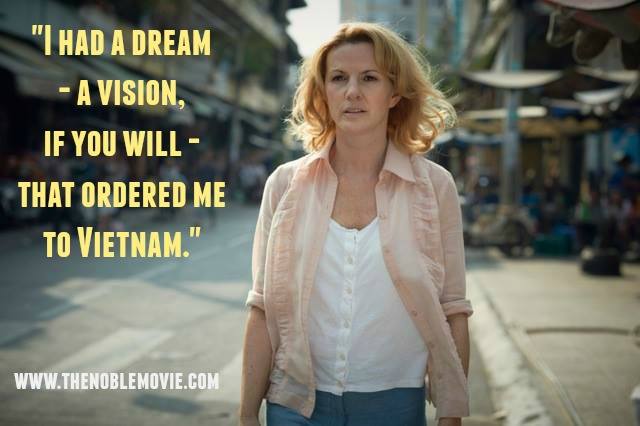 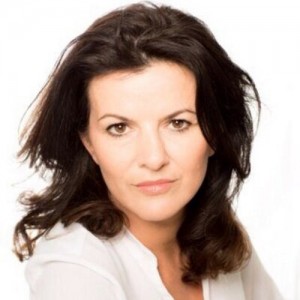 Deirdre O’Kane (Christina Noble) was born in 1970 in Dundalk, Ireland. She is an actress and casting director, known for Noble (2014), Intermission (2003) and Rory O’Shea Was Here (2004). She is married to Stephen Bradley.  O’Kane became a stand-up comic in 1996 and got into the finals of the BBC New Comedy Awards of that year. She has played at the Edinburgh Festival every year since including 2001 where she not only performed her own solo show, Deirdre O’Kane is Crystallized, but also the two-hander Tis Pity She’s Anonymous. She has also played The Melbourne, Adelaide and Kilkenny Cat Laughs Festivals and has toured the Middle East, Hong Kong, Shanghai, Prague, Brussels and London.  She portrayed the role of Noeleen in the 2003 motion picture Intermission, directed by John Crowley.[2] She played the lead role in the 2014 biopic Noble as Christina Noble, a children’s rights campaigner, charity worker and writer, who founded the Christina Noble Children’s Foundation in 1989.

Brendan Coyle (Gerry Shaw) was born  December 2, 1963 in Corby, Northamptonshire to an Irish father and Scottish mother; his parents moved to Corby from County Tyrone, Ireland. Brendan holds Irish citizenship and has previously lived in Dublin and London. However, according to a video clip from the site for “Rockface” he resides in Norfolk.  Brendan is also the great nephew of footballing (i.e. soccer) legend Sir Matt Busby of Manchester United fame.  Brendan trained at drama school in Dublin, founded in the late 1960’s as the Focus Theater, was co-founded by his aunt Mary Elizabeth Burke-Kennedy. Brendan started there in 1981 and then received a scholarship to Mountview Theater School in England in 1983. He has directed at least two plays at Mountview since graduating from there.  Brendan has done a number of stage, television, and movie productions, including the play “The Weir” for which he won an Olivier Award for Best Supporting Performance award for his part as the bartender, Brendan. He continues to work on stage, in film and on television. 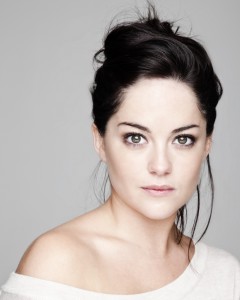 Sarah Greene (Middle Christina) was born in 1986, and is an Irish actress and singer, best known for portraying Helen McCormick in the West End and Broadway productions of The Cripple of Inishmaan. For her performance in the role, she was nominated for the 2014 Laurence Olivier Award for Best Actress in a Supporting Role, and the 2014 Tony Award for Best Featured Actress in a Play. In 2014, she played the recurring role of Judith on the Canadian-Irish historical drama television series Vikings.  Sarah is originally from Cork and trained in Dublin where she graduated from the Gaiety School of Acting in 2006.  In 2014, Sarah was cast alongside Bradley Cooper and Sienna Miller in The Weinstein’s ‘Untitled John Wells Project’ and joined the cast of Showtime’s Penny Dreadful playing Hecate Poole.  Other film and television includes: RAW RTE/Ecosse Films, EDEN/Samson Films, SPEED DATING/RTE, BACHELOR’S WALK/Samson Films/RTE. She played the leading role of Cathleen in the Canadian/Irish feature LOVE AND SAVAGERY directed by John N. Smith. MY BROTHERS (Treasure Films) and THE GUARD (Element) opposite Brendan Gleeson. She most recently appeared as Judith in three episodes of VIKINGS (History Channel/MGM).

Liam Cunningham (Thomas) was born June 2, 1961 and is an Irish stage and screen actor. He is best known as Davos Seaworth in the HBO epic-fantasy series Game of Thrones.  He has been nominated for the London Film Critics’ Circle Award, the British Independent Film Award, has won two Irish Film & Television Awards, and shared a BAFTA with Michael Fassbender, for their crime-drama short film Pitch Black Heist.  He is an Irish actor, and was an electrician in the mid 80’s. He saw an ad for an acting school and he decided to give acting a try. His first film role was as a policeman in “Into the West.” Since then, he has been involved in many films and theater productions on both sides of the Atlantic.  Cunningham was born in East Wall, which is an inner city area of the Northside of Dublin.  He has three sisters and a brother, and was brought up in a Roman Catholic household. Cunningham dropped out of secondary school at 15 and pursued a career as an electrician. In the 1980’s, Cunningham moved to Zimbabwe for three years where he maintained electrical equipment at a safari park and trained Zimbabwean electricians. After returning to Ireland, Cunningham became dissatisfied with his work as an electrician and decided to pursue his interest in acting. He attended acting classes and began to work in local theater. He appeared in a production of “Studs” at The Tricycle Theater in Kilburn, London.

Enter To Win a DVD:

This sounds like a very moving movie. I;d love to see it.Thanks for sharing with us on Thursday Favorite Things.
Cheers,
Jennifer
http://awellstyledlife.com

It was a great movie – the lady has an amazing story!

This looks like a inspiring movie. Makes me want to do something good for others!

It was a great movie, Tara – we all need to be trying to help someone else. 🙂

It was, for sure. No matter what you’ve been through, you can make a change for the better – for yourself, and others! 🙂