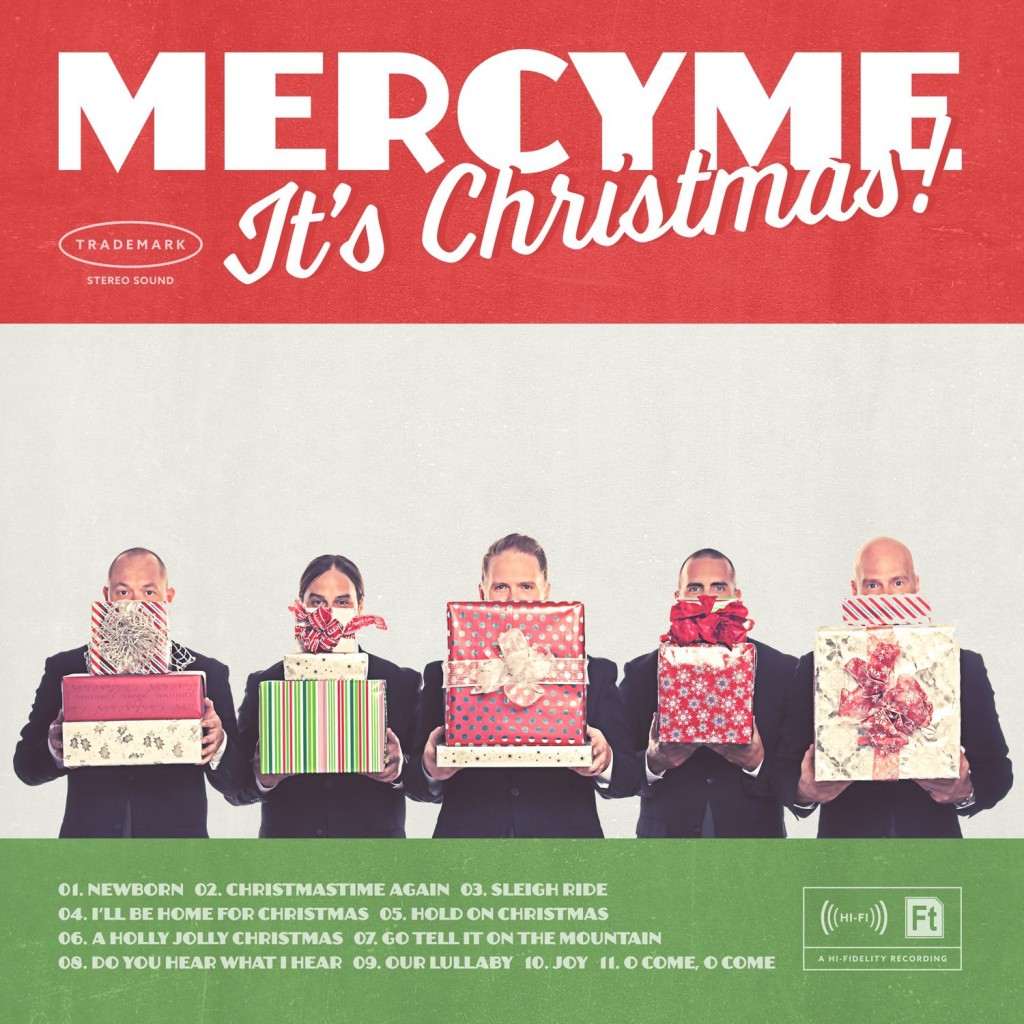 Once again Pizza Ranch is putting on their angel wings and being an amazing member of society. With Mercy Me helping out with their love to the community, by coming out with the “It’s Christmas” CD, it makes it even more of a blessing!

The songs on this CD are perfect for any family. Some often worry about giving a gift like this to someone who doesn’t really understand “Christianity”, however, these tunes are ones that don’t focus on a teaching, as much as just letting everyone come together in singing to celebrate the holy day.

It always makes me shake my head at those that don’t like the worship style songs during Christmas. Ummm…what exactly do you think Christmas is, anyway? Our world is really backwards right now, and having a company like Pizza Ranch, and the members of Mercy Me, trying to shine a light on a dark world and just make the time spent together fun and enjoyable, really makes me smile!!

All of the songs on this CD are amazing!! I’m not one who usually likes to sing (since my dog usually ends up singing with me 😕 ), but this CD had a lot of music that was easy to get involved in and sing along. Bart is an amazing singer, and his band is so talented that you just get caught up in the joy of the sound.

This would be a perfect gift to someone who either loves the band Mercy Me, or just loves Christmas music. Let’s all join together and help Pizza Ranch to make a difference in other people’s lives!

Mercy Me “It’s Christmas​” CD will be available in Pizza Ranch locations beginning November 1, 2015 through December 31, 2015. It has 4 exclusive songs that can only be found on the CD version being sold by Pizza Ranch. Each CD will be sold for $5 plus tax. Pizza Ranch will give away the CD with a $25 gift card purchase as well as sell the full album at each of its 200 locations throughout the Midwest and Great Plains states. “We are so excited to debut our new Christmas album, MercyMe, It’s Christmas, with Pizza Ranch” said Bart Millard with MercyMe. “Pizza Ranch is a fantastic restaurant with a great mission to glorify God. It’s the perfect gift to give this Christmas season and the perfect CD to get you in the Christmas spirit.”

The band formed in 1994 and released six independent albums prior to signing with INO Records in 2001.[3] The group first gained mainstream recognition with the crossover single, “I Can Only Imagine” which elevated their debut album, Almost There, to double platinum certification. Since then, the group has released six additional studio albums (four of which have been certified gold) and a greatest hits album, 10. The group has also had 13 consecutive top 5 singles on the Billboard Christian Songs chart, with 7 of them reaching No. 1. MercyMe has won 8 Dove Awards and has had numerous Grammy Award nominations. On April 8, 2014, the band released its eighth studio album titled Welcome to the New.

In the heart of every cowboy lies a dream. Adrie Groeneweg had one that started in Hull, Iowa, in 1981 when he was just 19 years old. It was simple. Why does everyone have to drive out of town to get a pizza? With just six specialty and single topping pizza recipes developed by Adrie’s mother, Lorraine, Pizza Ranch was born. The residents of Hull flocked to the young restaurant for made-from-scratch sauce and dough and other fresh ingredients. As word spread, Pizza Ranch grew. The dream that began in the heart of a young man now extends to thirteen states.

We see it as our mission to give every guest a legendary experience, but it’s about more than that. Our purpose is ultimately glorifying God by positively impacting the world. It’s part of the reason we’ve put together this album. It’s been quite a trail ride. Thanks for being a part of it. 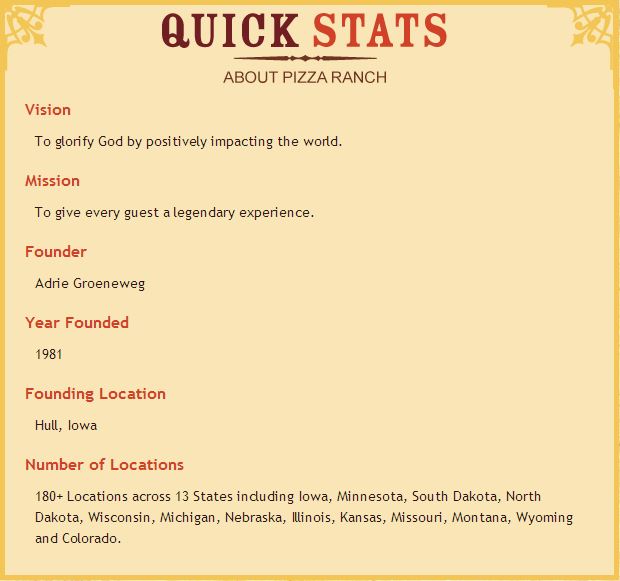 Serve the Lord with gladness! Come into his presence with singing!
-Psalm 1oo:2 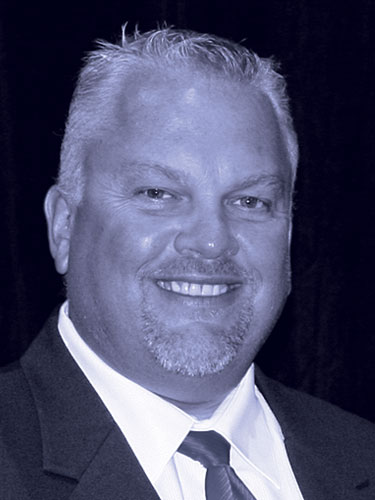 This album has a very special meaning for Pizza Ranch. Although Pizza Ranch is not in the music business, many things have been happening, conversations have been taking place and doors have been opening for this album. Through these events, I believe it was obvious that God has been behind this for His specific purpose and putting it on our hearts to collectively create this project. As such, we call this our miracle album, Living Hope.

I love the songs and feel that they will deeply minister to many people. I personally hope that you will enjoy the music, reflect on the words, shed some tears, sing loudly along with the artists and make a joyful noise unto the Lord. Let it move you into a closer relationship with our Lord and Savior.

A big thank you to both the artists and labels for contributing new hope inspired songs. You all have given Hope to so many through your talents and we are blessed to have the opportunity with you to bring glory to our God.

Enter To Win a Copy:

I help to hand out warm clothes to the homeless in our neighborhood.

Author
Jamie
Reply to  Heart of a Philanthropist Blogger Kim

What a great thing to do! 🙂

We’re hosting people from a choir for a couple of days who sings around the world. My husband also juste helped out at our church who was hosting a homeless shelter this past week.

How fun!! I bet there is going to be some beautiful noise in your home! 🙂

Of course, we could always help more. But, we do try to support a local homeless ministry, faith-based crisis pregnancy center, and volunteer opportunities through our church.

Those are some great things to do – we need more people in the world like you! 🙂

I volunteer to feed the homeless at a soup kitchen.

That’s a great thing to do Natalie!!

It is a great one, so many wonderful songs!

They have a great sound! I really appreciate the holiday classics and I also like the contemporary mixes. I am ready for the holidays!

It’s crazy how fast they’ve come up on us. Oh well, now we can get use this music to get in the mood! 🙂

I work in my church nursery. I also help my elderly friend.

That’s a great thing to do. Helping others is always a blessing!

I help raise money for homeless and low income families to have winter coats, hats, and scarves

I try to donate as often as I can for everything and promote charities or fundraisers with causes I agree with. I love Christmas music and already want to start playing them haha! I’ve heard of Pizza Ranch either from you or another blogger. We don’t have any here but sounds like a great place 🙂

It’s great to help causes you believe in. I would love to believe in this pizza if we had one near us! 🙂