Skip to content
Thank you FlyByPromotions for partnering with me on this blog post & for the great giveaway! 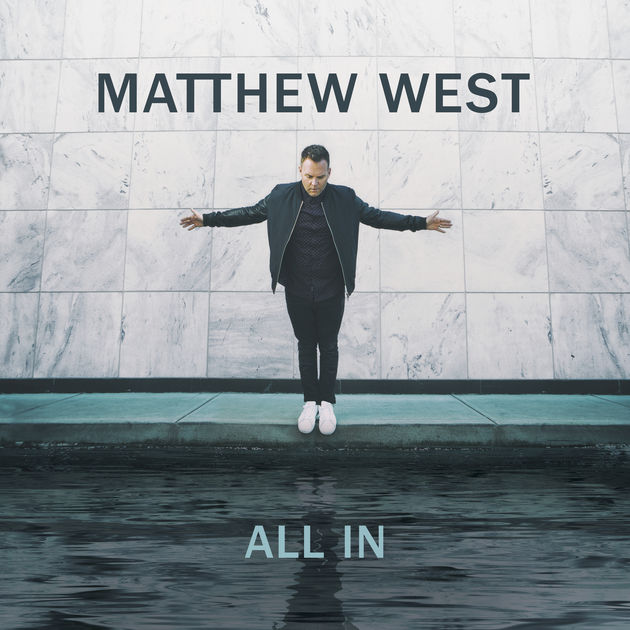 Matthew West Releasing His “All In” CD
#AllIn #FlyBy #Giveaway

I was so excited to hear that Matthew West was getting ready to release his new CD, titled All In. His music is some that seems to never grow old, and he has songs that last in your memory forever. Who doesn’t remember “Hello, My Name Is” or “Grace Wins?” His songs always bring a smile, or make you think a bit.

This new #AllIn album has more great ones. I really love the fourth song on the album, titled “Amen.”  This is one that I bet would be absolutely amazing at a concert.  Having everyone clapping and going for it, that one is going to make memories.  The sounds of all of the songs are amazing.  The story when you listen to #AllIn really makes you think.  Sometimes we do need to just jump from the side of the pool and know that God will catch us….even though we might have to swim for just a bit.  He’s teaching us to be ready and to know that no matter what He’s there with us!

This new CD is amazing, and I’m sure that there are many who will love it.  If it’s something that seems to be in the area of music, that you’ll enjoy, then enter to win a copy of the CD below.  Leave a comment of what song you would like, or who you would give this to. Thank you for stopping by and checking out my review.

About the All In Album:

Matthew West’s brand new studio album ‘All In’ is releasing on September 22 with a pre-order starting on August 4. In this project, Matthew shifts from telling the stories of others to sharing stories of his own life. He explores the idea of what it means to go ‘all in’ with his family, faith, and friends.

Matthew wrote his new album All In with the goal of encouraging himself and others to get up off the sidelines of their faith and really live it out – to go all in in your time with God, all in with your family, all in with your community, and all in battling your fears that may hold you back from becoming who God made you to be. Along that same theme, Matthew will be launching a 6-week All in Challenge on his social media starting 9/18, and each week Matthew will be challenging his fans to go all in in a different part of their lives. What does it look like when a heart that knows Jesus takes a step and holds nothing back? How can we go All In in the places that mean the most?

Tracks on the All In CD:

Matthew West is a four-time GRAMMY®:registered: nominee, a multiple-ASCAP Christian Music Songwriter/Artist of the Year winner and Dove Award recipient, and was awarded an American Music Award (2013), a Billboard Music Award (Top Christian Artist, 2014), a K-LOVE Fan Award (2016), and named Billboard’s Hot Christian Songwriter of the Year (2016). West also received a Primetime Emmy®:registered: Award nomination for Original Music & Lyrics for “The Heart of Christmas” from the film of the same name. In addition to his own recording career, he has co-hosted the K-LOVE Fan Awards three times and has more than 130 songwriting credits to his name, including cuts by Rascal Flatts, Scotty McCreery, Casting Crowns, Michael W. Smith, Amy Grant, and Mandisa, among others. Selling more than 1.6 million albums to date (TEA), West’s discography includes acclaimed releases: Live Forever (2015), GRAMMY-nominated Into The Light (2012), The Story of Your Life (2010), Something to Say (2008), History (2005) and Happy (2003).

Well known for communicating stories through song, Matthew West has received thousands of stories from around the world. His latest studio album, Live Forever, continues that storytelling theme and debuted at No. 1 on the Billboard Christian Sales Chart. He has obtained numerous No. 1 singles, most recently with “Grace Wins,” while achieving a record-setting No. 1 for 17 straight weeks at radio with “Hello, My Name Is” and “The Motions” for 15 weeks.

Adding author to his list of accolades, West has written five books to date: Give This Christmas Away, The Story Of Your Life, Forgiveness, Today Is Day One, and his newest release, Hello My Name Is. He is also passionate about providing hope and healing through the power of prayer and story, so along with his father Pastor Joe West he founded popwe, a non-profit ministry helping others to craft, share, and live a more meaningful life. Please visit popwe.org for more information.

Enter to Win a Copy of #AllIn:

First I’m hearing of this artist or his music. Thank you for the intro.

You’re welcome, Michele. I love that there are so many different ones to listen to. 🙂

No, unfortunately there is not a Mathew West concert near me. I like his voice and the song is awesome built on true goals. Thank-you for introducing me to his music!

He is a great artist, Gladys. Thanks for stopping by!

It’s not really a competition, it’s a giveaway. 🙂