For this week’s “Things That Bring Back Memories” post, I am going to pick something in the topic of “TELEVISION” and go with “Lifestyles of the Rich and Famous“.  This television show started in 1984, and was over in 1995.  It was one that you could see how the other half lived.  Seeing people with pools inside of their home, a garage that had a floor cleaner than a kitchen, and all of the savvy things that they were able to show off.

“Lifestyles of the Rich and Famous” was one that you could watch, and dream about the day, that you might have what they have.  It was always fun to see the beautiful homes, and areas that they were located.  I know that in today’s world, the divide between these, and the rest of us is getting a lot larger.  Back then, though, most of the people worked for what they had, and weren’t given it for lying, cheating, and things like most of today’s wealthy.

For those of you, who are either too young, or just don’t remember it, here’s a video of one of the intros to the “Lifestyles of the Rich and Famous” show:

“Lifestyles of the Rich and Famous” is actually coming back to television, or so I’ve heard online.  It will be hosted by Nick Cannon.  I kind of worry, though, of pictures that I see of the advertising for the show, that it will no longer be appropriate for families to watch together, and that’s a shame.  The millionaires of today’s world (not counting all of them, but most) believe in sinful behavior, and doing things that are not what we teach our kids as being correct…some of us, anyway.  I’ll just stick with the old version of the show, and enjoy the times that we didn’t have to worry about what was being shown on TV (as much as we do today). 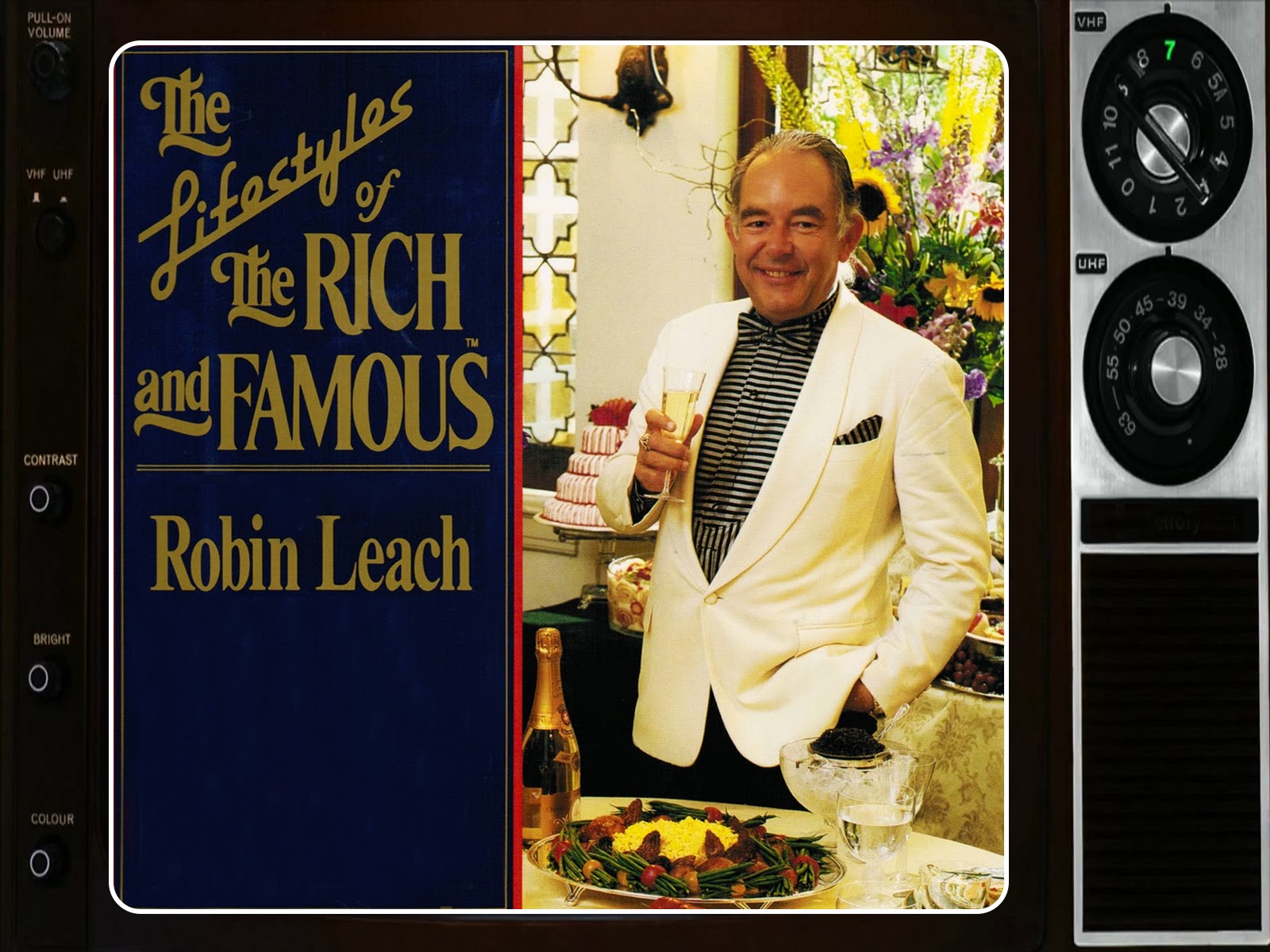 So, did you ever watch this show when you were younger? or have you seen it on TV later in life?  Let me know what you thought of it, and if you have any memories of it in your life!

More Info on the Television Show: 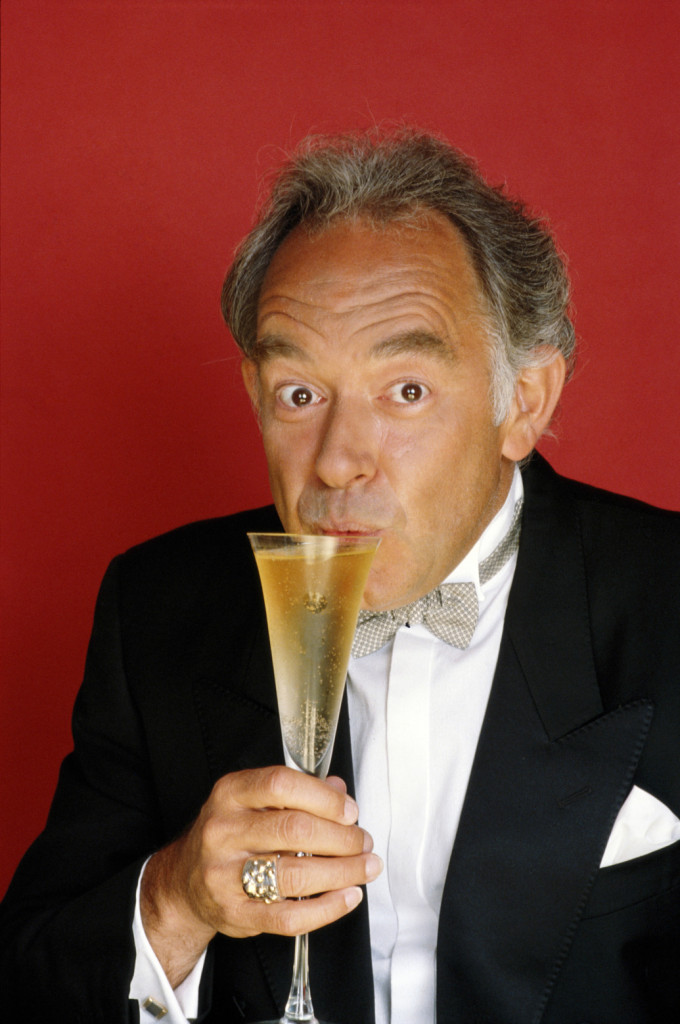 Lifestyles of the Rich and Famous is an American television series that aired in syndication from 1984 to 1995. The show featured the extravagant lifestyles of wealthy entertainers, athletes and business moguls.

It was hosted by Robin Leach for the majority of its run. When Leach was joined by Shari Belafonte in 1994, the show was renamed Lifestyles with Robin Leach and Shari Belafonte. Leach ended each episode with a wish for his viewers that became his signature catch phrase, “champagne wishes and caviar dreams.”

Nick Cannon is reviving Lifestyles of the Rich and Famous for NBC.

Lifestyles was one of the first shows to feature the lives of the wealthy. Later shows such as VH1’s The Fabulous Life Of… continued this trend. The show was largely intended to be an insight into the opulent residences and the glamorous lifestyles of those it profiled. However, many of the geographic areas it covered were ideal destinations for vacations, and in his on-camera appearances, Leach indirectly made references to resorts and tourist attractions. David Greenspan aka David Perry, who was the voice-over narrator for most of the segments during the bulk of the show’s run and could be heard whenever Leach did not appear on camera, made more direct references to such resorts and such tourist attractions during his tenure as the show’s voice-over narrator.

Lifestyles was created by Alfred M. “Al” Masini, who had also created Solid Gold, Entertainment Tonight, and Star Search; all of these were part of his Operation Prime Time project, which he later renamed Television Program Enterprises and later merged with Rysher Entertainment to form Rysher TPE. 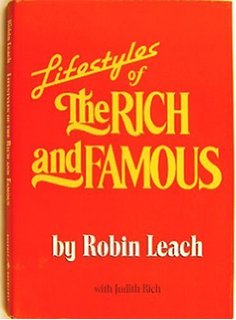 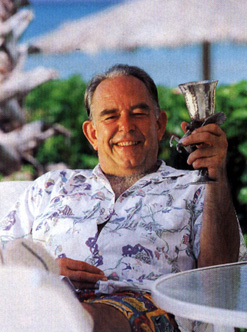 Robin Leach (born 29 August 1941) is an English-born American entertainment celebrity reporter writer famous for hosting his first show, Lifestyles of the Rich and Famous, in the mid-1980’s and into the mid-1990’s, which focused on profiling well-known celebrities and their lavish homes, cars and other materialistic endeavors. His voice is often parodied by other actors with his signature phrase, “champagne wishes and caviar dreams.” During the final season, he was assisted by Shari Belafonte, and the show was renamed, Lifestyles with Robin Leach and Shari Belafonte. Leach resides in Las Vegas.  During grammar school at Harrow County School for Boys, 10 miles from London, he edited a school magazine, The Gayton Times, at age 14. At age 15 he became a general news reporter for the Harrow Observer and started a monthly glossy town magazine at age 17.

Leach moved on to the Daily Mail as Britain’s youngest “Page One” reporter, at age 18. In 1963, he emigrated to America and wrote for a number of publications (New York Daily News, People, Ladies Home Journal etc.) before launching GO Magazine and then was show business editor of The Star.

Other television work includes reporting for People Tonight, on CNN and Entertainment Tonight and helping start Good Morning Australia, as well as the Food Network. Leach was also a guest at World Wrestling Entertainment’s WrestleMania IV, where he read the rules for the championship tournament. In 1993, for the Fox network, Leach hosted an exposé documentary of Madonna titled “Madonna Xposed.” The documentary was a biography of Madonna focusing on her career and publicity stunts. Before the documentary aired, he gave Madonna a cell phone number; he claimed that at any point during the airing Madonna could call Leach and argue any point. Madonna never called and the documentary continued without incident. He also hosted Lifestyles spinoff Fame, Fortune & Romance, along with future Today Show host Matt Lauer.

Leach hosted The Surreal Life: Fame Games on VH1 in 2007. He also served as the public address announcer for the 2010 NASCAR Sprint Cup race at Las Vegas Motor Speedway.

Since 2008, he had resided in Las Vegas and writes for the Las Vegas Sun and the daily VegasDeluxe.com website.

Leach appeared in the documentary film Maxed Out in 2006, which chronicled the rise of the credit card industry in the U.S. along with increased personal debt among working class people and criticized that industry’s practices. Leach remarks, “Nobody would watch Lifestyles of the Poor and Unknown”. The comment was highlighted by a review in the Baltimore Sun.

The show was referenced in “A Nightmare on Elm Street 3: Dream Warriors (1987)”, when Jennifer says she is going to be on TV, Kincaid says sarcastically “Yeah. Lifestyle of the Rich and Psychotic”.

In the movie “Lethal Weapon (1987)”, as Riggs and Murtaugh pull up the driveway at the pimp’s villa, Riggs remarks that he thinks he saw the house on the show.

In the “Citizen Steve (1987) (Short)”, Robin Williams parodies Robin Leach and the show.

During the movie “Shrek 2 (2004)”, as they enter the town Donkey says, “It’s going to be champagne wishes and caviar dreams from now on”

On “Enid Is Sleeping (1990)”, the show can be heard playing on the TV set in June’s hotel room. You can hear Robin Leach giving a tour of Queen Elizabeth II’s home.

Wow! it must have been quiet an interesting back then unfortunate i was too little to understand what the show was all about, i felt a pang of nostalgia seeing that grandfather television haha!. And whatever happened to Lil Kim? her life really seemed fabulous.

So true, Rachel….different times back then with grandpa TV! 🙂

I remember watching this with my mom when I was younger. Loved this show!

From back in the day, when families could watch TV together, huh? Glad you enjoyed it! 🙂

I used to LOVE Lifestyles of the Rich and Famous. That was one of the best shows EVER. Haha – I used to always say that I wanted to be rich when I grew up.

Isn’t it crazy, Daisy? Now most of the stuff you saw on this show is at the thrift stores!! 🙂

haha I kinda of remember my parents watching this, I know his voice right away . I used to wish I could just walk through some of those homes

Isn’t it crazy how you can just hear a few words and remember? ha/ha

I’ve never seen Lifestyles of the Rich and Famous, but I love this post. It’s amazing how something like a TV programme can bring back so much nostalgia and good feelings. I recently re-watched The Last Unicorn and forgot how good it was! I felt 10 again! Thank you for the lovely comments on my blog too. – Tasha

I’ve never heard of that show, I’ll have to check it out! 🙂

I remember this show from when I was a child. I wasn’t a fan, but did watch a few episodes here and there. I may check it out if does come on again, if Nick Cannon is the host.

It was one of those you watched usually because nothing else was on. It was still fun!! I just worry that Nick doing it in today’s world, might not be so “family friendly”, you know?

I’ve heard of this show, I didn’t hear they were bringing it back but it probably wouldn’t be the same. This is a show I would have watched on TV and love that it was family-friendly!

I agree Bernadyn – knowing what the media thinks is “appropriate” for today, makes me worry about what will be on it!! The old show was great!

This was a good show. Good old Robin Leach who made us jealous of the rich.

Crazy how times have changed, huh?