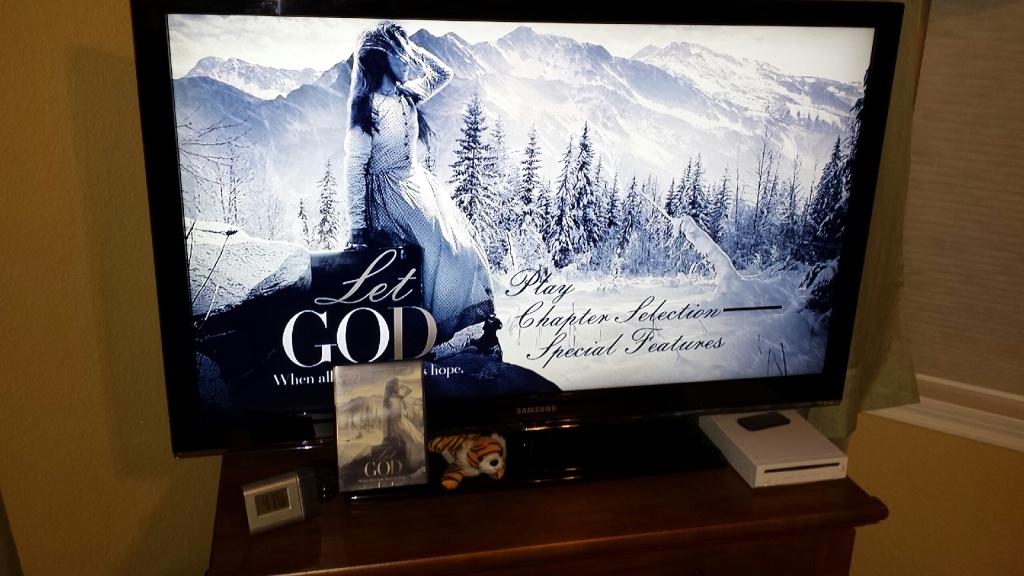 I received the “Let God” movie from Elliott with Edify Media, Inc and was asked to watch the movie and post a review on my blog about it. I didn’t exactly know what to expect when I read the back cover.  Sounded like a great story and that it would have a lot of adventure in it.  To be completely honest, the movie was great after watching the whole thing and realizing what the story was about, but, in my opinion, it had a lot of “dead space” and too much of certain things.  I wish that it would have started out with their adventure and more about the story of why they were doing it, etc.  It was mostly flashbacks and sometimes a bit confusing.

Now, please don’t get me wrong, the story and what it was based on in the end, was great.  It just seemed that there could have been a better way to set it up.  I watched it with my husband and asked his opinion of it, and said that he felt the story was great and had some really neat points, however the movie itself was so-so.

This would be a great one for a church group or family movie night to get conversations going.  There were times when I would ask my husband what he thought about a certain part and we could talk about certain things, so that was great.

Thanks Edify Media for letting us view this movie and give our opinions on it.

ON DVD ON FEBRUARY 25 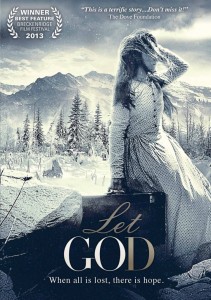 Nashville, TN – (January 15, 2014) –Word Films is set to release Breckenridge Film Festival’s 2013 “Best Feature” and “Best Actress” winner “Let God” on DVD on February 25. The faith-based film follows the story of young housewife, Amelia, who heads west with her husband during the 19th century gold rush and is left alone without resources in the harsh wilderness when her husband is killed in a savage attack. Battling winter, hunger and the unknown, Amelia must take life into her own hands as she struggles with a loss of faith and battles for her survival.

“There’s a gap between ritual and faith, and we explore that,” said “Let God” writer/director/producer William Parker. “The character of Amelia is very ritual oriented – she goes to church, she read the Bible…but through the movie she kind of gives up on it. Amelia struggles with loss of faith, feeling she’s been abandoned by God and is completely on her own.” “In the end, she realizes that not only does she actually find her faith, she actually really believes, genuinely, ‘This is what I was looking for,’” adds Jasmin Jandreau who plays Amelia. “She realizes, through another connection in the film that comes along, that God was with her the whole time, and God was communicating with her the whole time.”

In addition to winning both “Best Feature” and “Best Actress” honors at the 2013 Breckenridge Film Festival, “Let God” was also an official selection at the 2013 Gideon Film Festival and has earned the Dove “Family-Approved” Seal for any age. “This is a terrific Story!” said the Dove Foundation. “The writer/director and leading actress Jasmine Jandreau, as Amelia, somehow manage to make this story of survival a powerful movie about trials and a faith that overcomes all odds…You will enjoy watching this one. Don’t miss it!”

If you’d like to buy a copy, you can find one here