Skip to content
Thank you FlyByPromotions for partnering with me on The Answer CD blog post & for the great giveaway!

Jeremy Camp is releasing his new CD titled The Answer in October. He is one of my favorite Contemporary Christian artists, since his music is some that anyone can enjoy.  It’s also a great way to share God’s Word with those that don’t come to church, or think that those of us that do only enjoy organ music….ummm, NOT!

I’ve seen Jeremy in concert a few times, and he has a great way of making the audience feel welcomed and alive with his sound. He has a great life story, and lets that shine through in his music. This new The Answer CD has that, as well.

My favorite songs are Love So Great and Awake O Sleeper.  The Love So Great song has an amazing sound, and is one that I’m sure many will be dancing to at his concert.  The Awake O Sleeper song had a very familiar sound and reminded me of a Crowder song that I love.  It had a really interesting story that went with it, so that was fun to listen to.  All of Jeremy’s songs are wonderful.  I love that even if you took a non-believer to an event, it’s music that they might enjoy!

Find out more about the album below, and also buy it now or enter to win one! Leave a comment and let me know which song you think you’ll like the most. 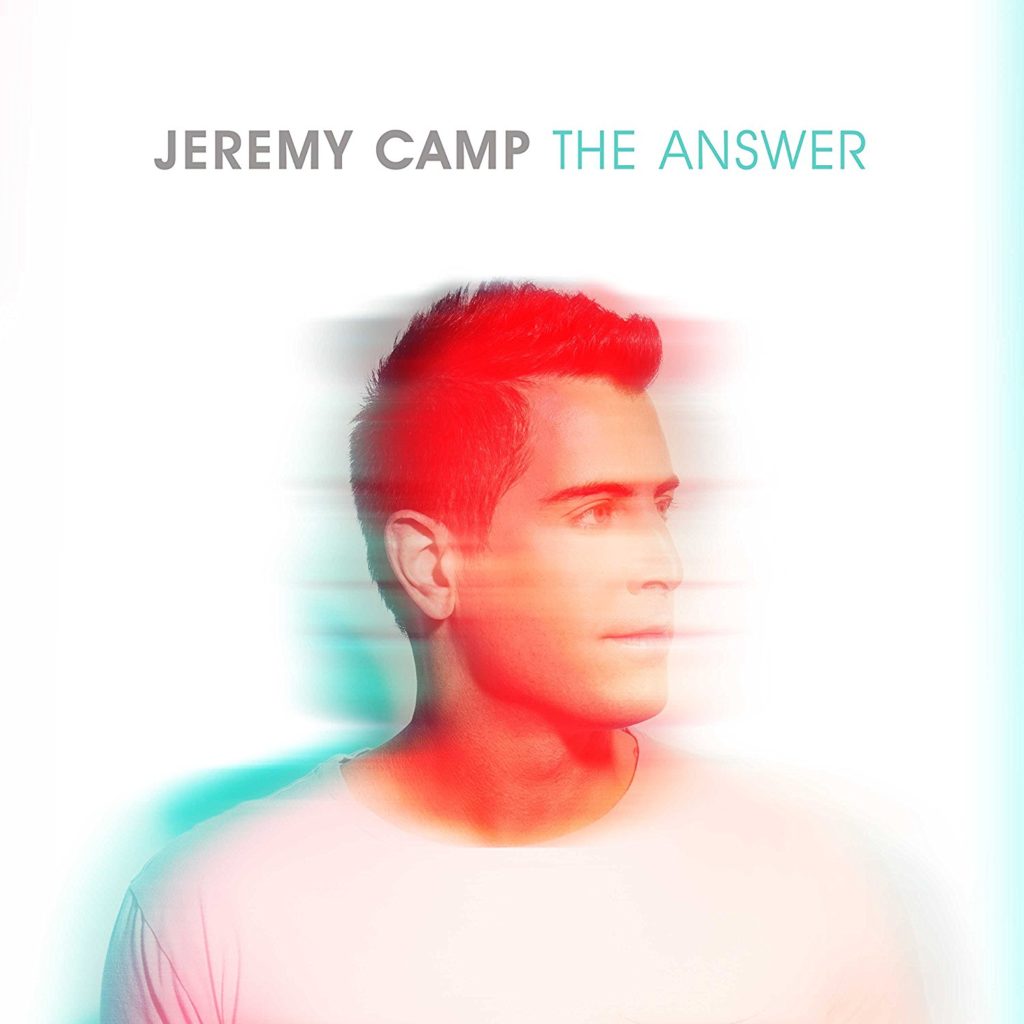 NASHVILLE, TENN. – Multiple award winning and GRAMMY® nominee artist JEREMY CAMP will be releasing his new studio album, The Answer, this fall on October 6 (Capitol CMG). Supporting his new album, Camp will be headlining The Answer Tour with special guest Royce Lovett beginning on October 1 in Albuquerque, NM. The complete list of tour dates are listed below, and tickets go on sale today at jeremycamp.com. In addition fans can preorder the album and t-shirt bundle starting today at Camp’s website.

“I can’t wait for everyone to hear these songs,” shares Camp about the new album and tour. “After all these years, it’s amazing how the well to draw from never runs dry, when we rely on Him. The Lord continues to give deeper and deeper songs that speak to different seasons of life. With this new album, we’re doing some things we’ve never done before.

I’m releasing five songs with five different music videos for each song, before the album even comes out. And I’m definitely ready to play these songs live. On ‘The Answer Tour’ we’ll be playing new songs of course but also bringing back some very early ones. It’s a very exciting season.”

Camp’s debut radio single, “Word of Life,” from the forthcoming album is currently at radio and already charting in the Top 20 on the National Christian Audience chart. This single follows Camp’s stellar 15-year career. According to Billboard, he has the most No. 1 songs among solo artists on Billboard’s Christian Airplay chart, and all three of the singles from his 2015 album, I Will Follow, went No. 1.

Throughout his 15-year career, Capitol CMG artist Jeremy Camp has established himself with landmark accolades. He has sold 4.5 million albums including four RIAA Gold-certified albums, a RIAA Multi-Platinum long-form video and a Gold-certified digital single (“There Will Be A Day”). At radio, Camp is recognized as a staple artist with 38 No. 1 radio hits across all formats spending more than 175 weeks at No. 1 at radio in his career.

Connect With Jeremy & The Answer:

I am always open to trying new music, hope I win! This would be great for both the kiddos and me.

Jeremy has a great sound!! Thanks for stopping by!

I love this album! I think The Answer and Word of Life are my two favorites!!

Those songs are amazing! 🙂

I really enjoyed “The Answer” as I listened to it. It was mellow, relaxing yet upbeat. My son liked it – YES! No, as usual for any music venues there are none near me.

Thank you for sharing Gladys! That’s what I love about Jeremy’s music, it makes you want to dance! 🙂

I am sure that people who can relate to this type of music will really love it. I will forward this to one of my friends who I know will enjoy it.

For sure – thanks for stopping by!