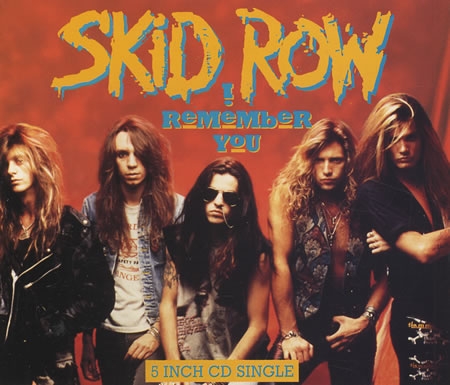 So to get on with this “Things That Brings Back Memories” blog post for this week, I’m going to pick “I Remember You” by Skid Row, which was released in 1989.  If you don’t know about the song that I’m talking about, here it is:

The song “I Remember You” was one that people either loved, or hated.  You always had the headbangers, who said that any long hair band, that sang a ballad or slow song, was no longer one that they would follow.  I’m one who loves all styles of music.  Growing up as a headbanger, I still listened to country, soft rock and all kinds of other things.  I just love the sound of this song, and always loved to watch the video on MTV…back when MTV was actually a music channel!!  So, is there a song that brings back great memories for you? Leave a comment below, and let me know.

More Info on the “I Remember You” Song:

“I Remember You” is a song by American heavy metal band Skid Row. It was released in November 1989 as the third single from their eponymous debut album. The power ballad was written by Rachel Bolan, and Dave “the Snake” Sabo. It reached number six on the Billboard Hot 100 and number twenty-three on the Mainstream Rock Tracks in early 1990.  The song also charted at number 36 on the UK Singles chart.

In 2003, Skid Row, this time featuring new lead singer Johnny Solinger, recorded a second version of the song entitled “I Remember You Two.” The song appears in the album Thickskin.

In a 2007 interview, vocalist Sebastian Bach commented, “‘I Remember You’ was the #1 prom song in the United States of America in the year 1990….you talk about making memories! Literally the whole country of America did their prom dance to ‘I Remember You’ one year, and that’s a real heavy memory to beat.”

To date, Skid Row has released five full-length albums, 3 EPs, a compilation album, and a live album. They became popular with their first two albums, Skid Row (1989) and Slave to the Grind (1991). Their 1995 follow-up, Subhuman Race was also critically acclaimed. Skid Row’s two albums with Solinger as lead vocalist, Thickskin (2003) and Revolutions Per Minute (2006), garnered mixed to negative reception.

On April 6, 2015, Skid Row announced via their website that the band and vocalist Solinger have parted ways. The same day, Rachel Bolan and Dave “The Snake” Sabo took to the airwaves of Eddie Trunk Live (Trunk Nation) on Sirius/XM to announce that Tony Harnell, formerly of TNT, was their new vocalist.

Park Avenue may lead to Skid Row, but Sebastian Bach’s got bigger plans. The former Skid Row frontman has been pursuing a successful solo career for several years, and has now made his phenomenal Broadway debut performing the dual lead in “Jekyll & Hyde” at the Plymouth Theater in New York’s theater district. Only weeks into his four-month run, he is receiving rave reviews and standing ovations for his near sold-out performances. He has earned guest appearances on shows like “Late Night” with Conan O’Brien (NBC) and “Live” with Regis and Kathy Lee (ABC), a 40-foot billboard in the heart of Times Square, and a two-page article in the July 24th issue of People magazine for starters.

Bach may be the new Broadway leading man, but according to Bach, the production, based on Robert Louis Stevenson’s novella, “The Strange Case of Dr. Jekyll and Mr. Hyde” is “metal,” and he will always stay true to himself. In fact, when he was first approached to fill the slot by Atlantic Records, he says he had to see the play first before he could decide. 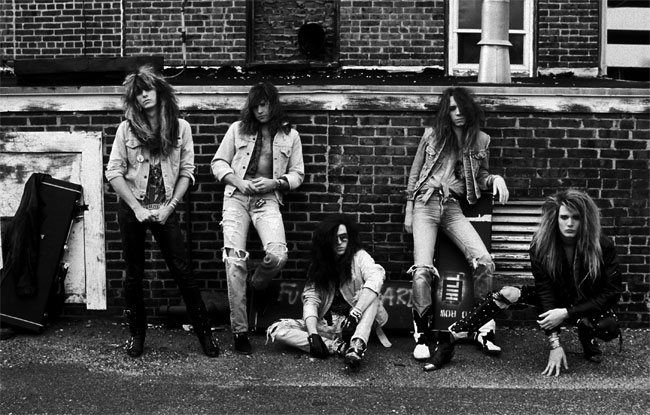 It was played a lot, for sure!

Music definitely has a way of bringing up memories! Thanks for sharing all this information about Skid Row.

For sure, Jennifer – that’s what I love about it!

Oh my goodness. I remember this! Man that hair. Oh man… I feel old!

There’s no way we’re old, if we rocked out to this!! ha/ha

I am not familiar with heavy metal too much. What I do remember was the long hair on the bands. You either love the music or you don’t. I love ballad and this is one I do remember hearing on the radio and also on MTV.

That’s what I love about music – there is so many different types for everyone! 🙂

Hubs is into music like this. Thanks for all the info because I didn’t grow up listening to them 🙂

That’s what I love about music – there are different types for everyone!

I remember songs like “Can’t You Hear My Heartbeat” by Herman’s Hermits, and “I’m So Dizzy” by Tommy Rowe. (yes, I’m old). I was just a 13 year old when those songs played on the radio, but I remember them like they were yesterday,

Music has a way of bringing back memories, for sure!

That certainly is a fun flashback! I love how much music can bring back such strong memories.

I loved Skid Row back in the day. I had the BIGGEST crush on Sebastian!

I think I had a bigger crush on his hair…jealous!! 🙂