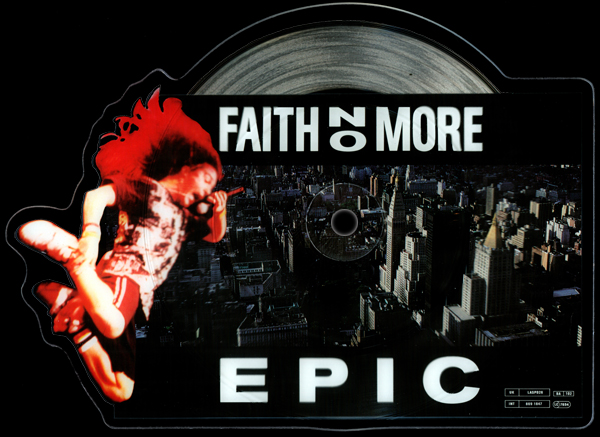 So to get on with this “Things That Brings Back Memories” blog post for this week, I’m going to pick “Epic” by Faith No More, which was released in 1989.  If you don’t know about the song that I’m talking about, here it is:

The song “Epic” was one a lot of people liked, and some didn’t care for.  It was during that time of trying to figure out which genre that you were into.  Some said they were heavy metal, or hard rock and they were more of a wanna-be band.  It just depended on how you heard the song, how into the philosophy of cliques you were and so on. Did you ever listen to this song?  What did you think of it? 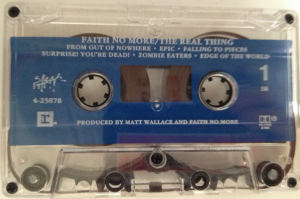 More Info on the “Epic” Song: 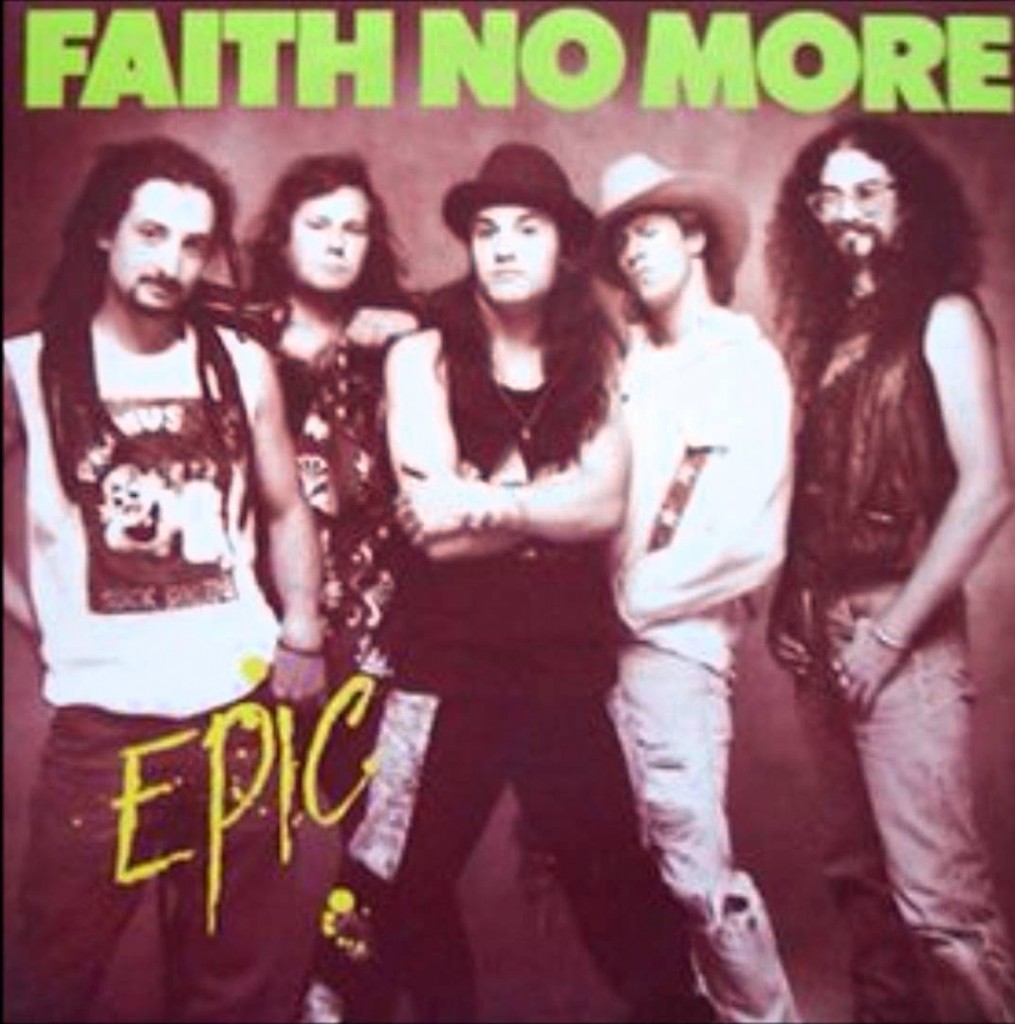 “Epic” is a song by the American rock band Faith No More. It was released in 1989 as the second single from their third album The Real Thing in US and in 1990 as their second single from that album in the UK and Europe. The song was a breakthrough hit. It peaked at number nine on the Billboard Hot 100 (the band’s only Top Ten hit in the United States), and their first Number One single on the Australian charts. It is among the band’s most popular songs and a staple in their concerts.

The music video was directed by Ralph Ziman, and featured surreal images combined with performance footage of the band soaked by an artificial rainstorm on a sound stage, was subject to controversy because of the treatment of a fish, who is out of water and appeared to be dying on camera.

During an interview, the band joked that the fish seen flopping around in the music video belonged to Icelandic singer Björk, who at the time was the singer for the band The Sugarcubes, and they claimed to have stolen it from her at a party. There are also stories of Björk giving the fish to the keyboardist Roddy Bottum after a poetry reading in San Francisco.  This was confirmed by the singer who defended the group, saying that “I know those guys, I know they wouldn’t do anything to harm him.  But I know, if I had gone home with MY fish, which was given to ME, none of this would have ever happened.”

Guitarist Jim Martin was a schoolmate, close friend and fan of the late Metallica bassist Cliff Burton. In the video he can be seen wearing a T-shirt with a photo of Cliff with the words “A Tribute to Cliff Burton”.

“Epic” was the band’s most successful single in U.S and was generally well-received; according to Rolling Stone, it set a standard that Faith No More did not match with its later albums.  Both the Philadelphia Daily News and Los Angeles Times praised the song, citing the song as “radio-ready” and “radical,” respectively.  However, the New York Times also cited Faith No More as “style-crunching,” using “Epic” as their example.  The Village Voice’s Pazz & Jop annual year-end critics’ poll ranked “Epic” at number five on their poll of the best singles of 1990, tying with Lisa Stansfield’s “All Around the World”.  Anthony Kiedis of the Red Hot Chili Peppers would later accuse Patton of stealing his style in the form of this video and numerous performances. 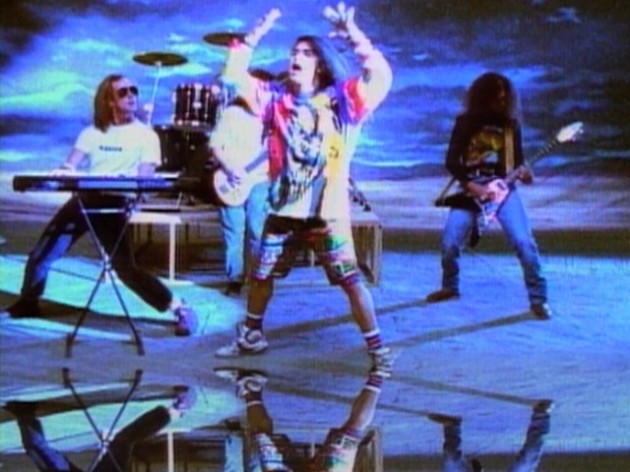 Faith No More is an American rock band from San Francisco, California, formed in 1979.  Before settling on their current moniker in 1983, the band performed under the names Sharp Young Men and later Faith No Man.  Bassist Billy Gould, keyboardist Roddy Bottum and drummer Mike Bordin are the longest remaining members of the band, having been involved with Faith No More since its inception. The band underwent several lineup changes early in their career, along with some major changes later on. The current lineup of Faith No More consists of Gould, Bottum, Bordin, guitarist Jon Hudson, and vocalist Mike Patton.

After releasing six albums, Faith No More officially announced their breakup on April 20, 1998. They have since reunited, embarked on The Second Coming Tour from 2009–2012, and released their seventh studio album, Sol Invictus, in May 2015.

They recorded “Quiet in Heaven/Song of Liberty”, released in 1982. The songs were recorded in Matt Wallace’s parents’ garage, where Wallace had set up and been running a recording studio while the band was still recording under the name Sharp Young Men, with Mike Morris, Billy Gould, Mike Bordin and Wade Worthington. Worthington left shortly thereafter. They changed their name to Faith No Man for the release of the single, which featured two of the three songs recorded in Wallace’s garage, and hired Roddy Bottum to replace Worthington. Bottum, Gould and Bordin quit the band shortly after and formed Faith No More. They chose the name to accentuate the fact that “The Man” (Mike Morris) was “No More”. They didn’t have any constant guitarists or vocalists until they eventually settled on Chuck Mosley in 1983 and later Jim Martin.

Faith No More’s lyrics have been described as “bizarrely humorous”. When interviewed about his lyrics, Patton responded, “I think that too many people think too much about my lyrics. I am more a person who works more with the sound of a word than with its meaning. Often I just choose the words because of the rhythm, not because of the meaning”.

In an interview with Billboard magazine, Mike Patton described Sol Invictus as a “post-punk record with tons of atmosphere. It’s like ELO or The Beach Boys going through a gothic laundry cycle.”  Members of Faith No More have acknowledged certain bands as an influence early on, including: Killing Joke, PIL, and Theatre of Hate. 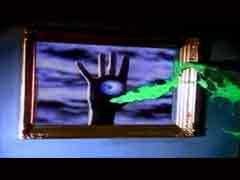 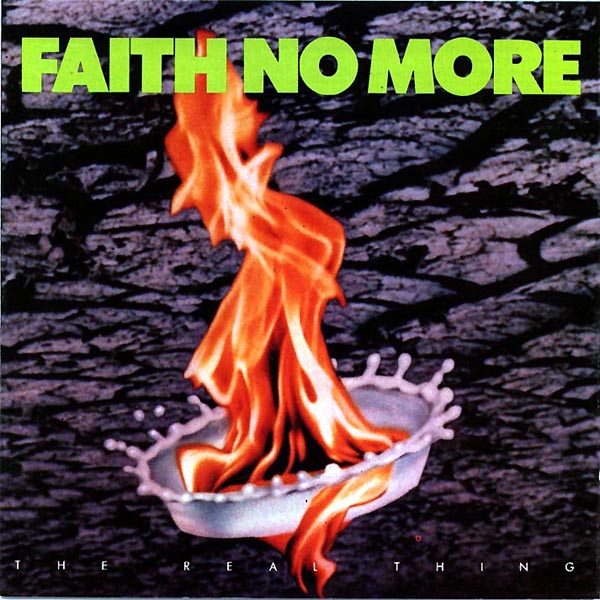 I forgot about this band. Loved this song as a kid. Thanks for the walk down memory lane.

It’s crazy how I can remember the words to the songs like this, but can’t remember yesterday. :p

That video is hilarious! Man! I love the 80’s. This was a fun song. Definately brings back some memories!

Back in the day before all of the editing was available, huh? 🙂 Thanks for stopping by!

I didn’t think I knew this song until it got to the chorus! It doesn’t bring back any memories for me though…

This was one that not a lot of folks listened to. The chorus is definitely something that most remember. 🙂