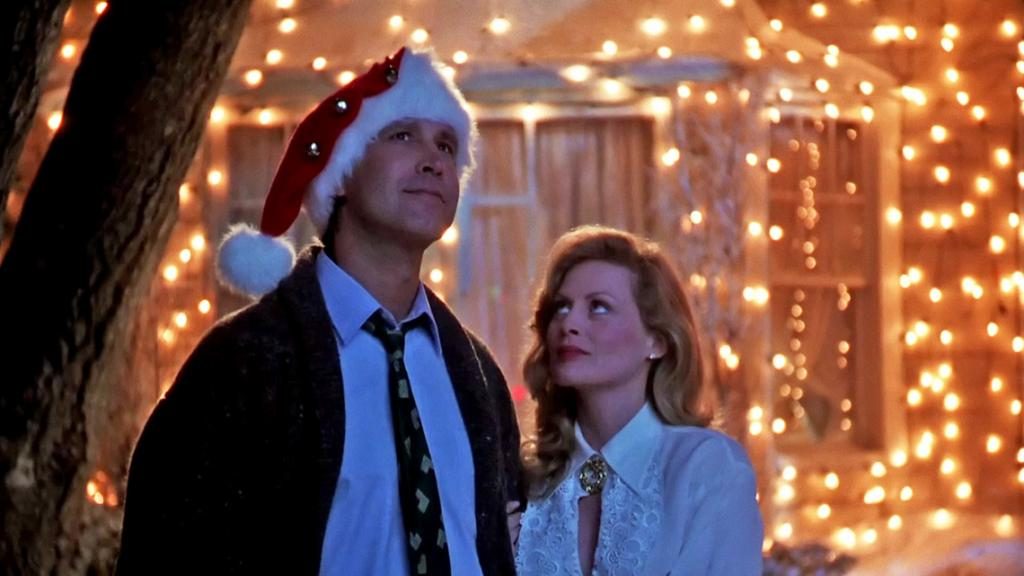 For this week’s “Things That Bring Back Memories” post, I am going to pick something in the topic of “Movies” and go with National Lampoon’s Christmas Vacation.  This was a movie from 1989.  It’s one that almost everyone watches again every year.  Even after all of this time, it still will crack you up.  And, you always feel for the poor cat…am I right?

For those of you, who are either too young, or just don’t remember it, here’s the preview of the National Lampoon’s Christmas Vacation movie: 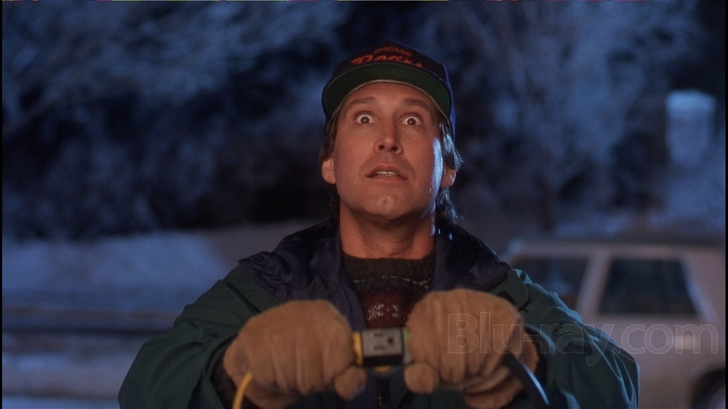 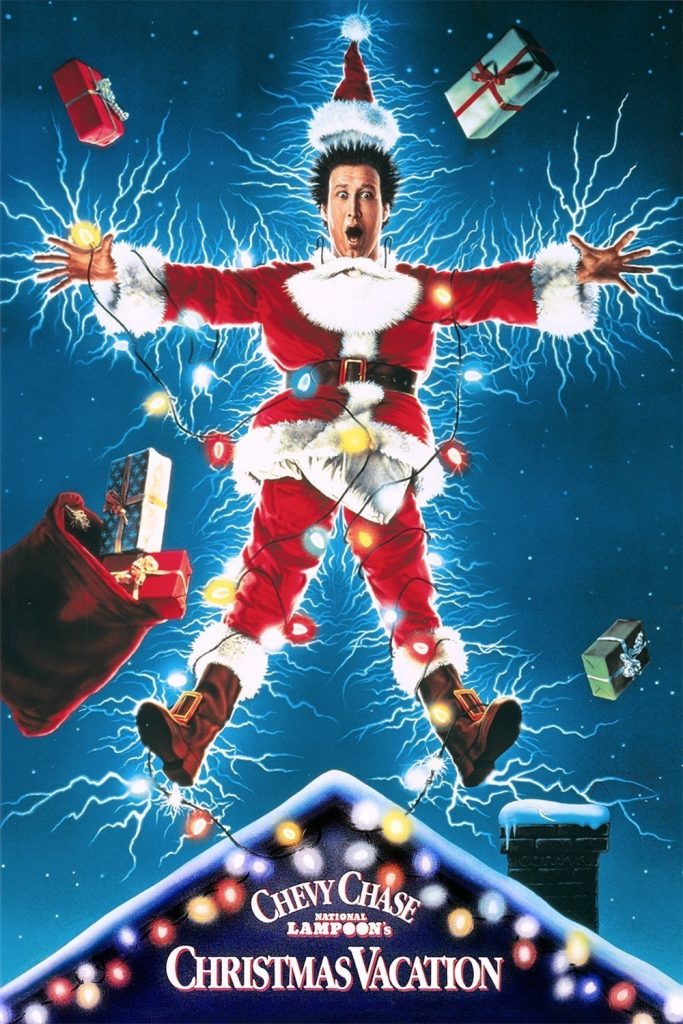 Since its release in 1989, Christmas Vacation has often been labeled as a modern Christmas classic. It is also the only sequel in the Vacation series to have spawned its own direct sequel: a 2003 made-for-TV release entitled National Lampoon’s Christmas Vacation 2: Cousin Eddie’s Island Adventure.

The film has achieved five home video releases: VHS and Laserdisc in early 1990, a bare bones DVD in 1997, and a “Special Edition” DVD in 2003. In 2009, the film was released as an “Ultimate Collector’s Edition.” At the same time of this release, it was also released on a simple Blu-ray/DVD combo.  A steelbook Blu-ray was released in 2015.

With Christmas only a few weeks away, Chicago resident Clark Griswold (Chevy Chase) decides it is time to get a Christmas tree. He gathers his wife Ellen (Beverly D’Angelo), daughter Audrey (Juliette Lewis) and son Rusty (Johnny Galecki) and drives out to the country where he picks out a huge tree. Realizing too late that they didn’t bring any tools to cut the tree down, they are forced to uproot it instead, before driving home with the tree strapped to the roof of their car. 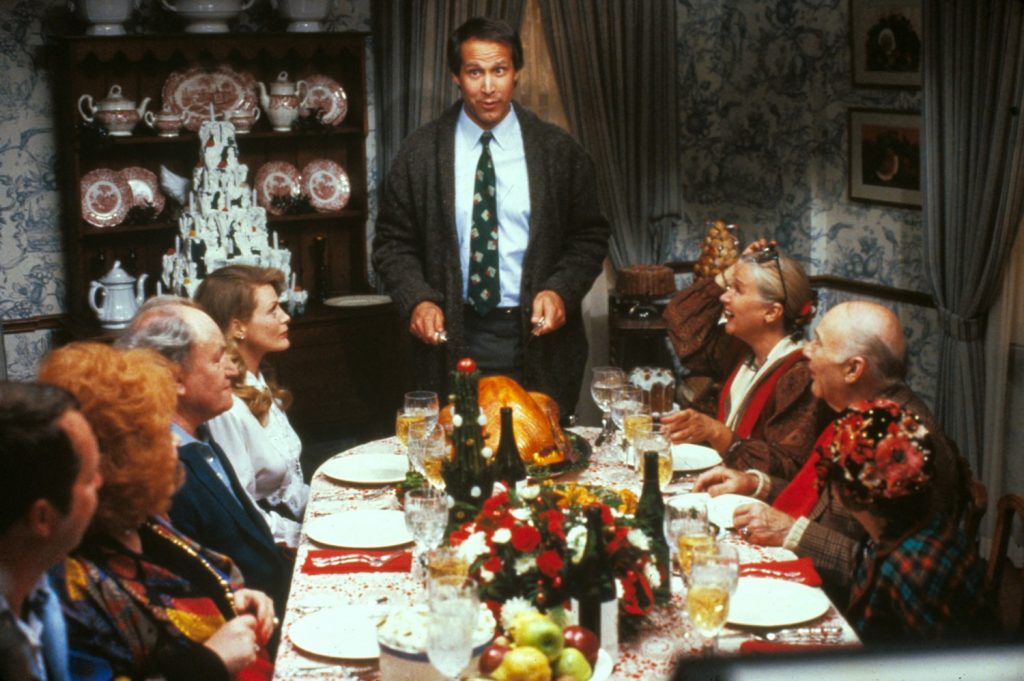 Soon after, both Clark’s and Ellen’s parents arrive to spend Christmas, but their bickering quickly begins to annoy the family. Clark, however, maintains a positive attitude, determined to have a “good old-fashioned family Christmas.” He covers the house’s entire exterior with 25,000 twinkle lights, which fail to work at first, as he has accidentally wired them through his garage’s light switch. When they finally come on, they temporarily cause a city-wide power shortage (forcing the power company to resort to nuclear generators for backup power) and create chaos for Clark’s yuppie neighbors, Todd (Nicholas Guest) and Margo (Julia Louis-Dreyfus). While standing on the front lawn admiring the lights, Clark is shocked to see Ellen’s cousin Catherine (Miriam Flynn) and her dense but bighearted husband Eddie (Randy Quaid), as they arrive unannounced with their children, Rocky and Ruby Sue, and their Rottweiler Dog Snots. Eddie later admits that they are living in the RV they drove to reach Chicago, as he is broke and has been forced to sell his home. Clark offers to buy gifts for Eddie’s kids, so they can still enjoy a wonderful Christmas. 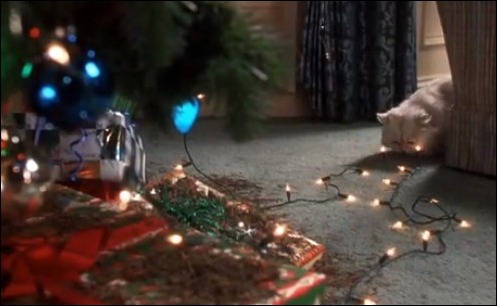 With Christmas approaching quicker than ever, Clark begins to wonder why his boss, Frank Shirley (Brian Doyle-Murray), has not given him his yearly bonus, which he desperately needs to replace an advance payment he has made to install a swimming pool. After a disastrous Christmas Eve dinner, he finally receives an envelope from a company messenger, who had overlooked it the day before. Instead of the presumed bonus, the envelope contains a free year’s membership for the Jelly of the Month Club. This prompts Clark to snap and go into a tirade about Frank, and out of anger, requests that he be delivered to the house so Clark can insult him to his face.

Eddie takes the request literally, drives to Frank’s mansion, and forcibly brings him back to the house, to Clark’s obvious surprise. This doesn’t stop him from confronting Frank about the cancellation of the employees’ Christmas bonuses. Meanwhile, Frank’s wife, Helen, calls the police, and a SWAT team storms the Griswold house and holds everyone at gunpoint. Frank decides not to press charges and explains the situation to his wife and the authorities, who both scold him for his decision to scrap the bonuses, and decides to reinstate them (with Clark getting an add-on of 20% of his salary).

Afterwards, the family head outside, with Rocky and Ruby Sue believing they see Santa Claus in the distance. Clark tells them it’s actually the Christmas Star and that he finally realizes what the holiday means to him. But Uncle Lewis (William Hickey) says the light is coming from the sewage treatment plant; reminding Clark of an earlier incident where Eddie had been dumping his sewage into a storm drain. But before he can stop him, Uncle Lewis tosses a match he had used to light his cigar aside, triggering an explosion sending him flying into the family. Lewis’ wife Aunt Bethany (Mae Questel), who is incredibly senile, proceeds to sing the “The Star-Spangled Banner” and the whole family and the SWAT officers join in, gazing at Clark’s Santa Claus and reindeer set (which was also destroyed in the blast), still burning and flying into the distance. The entire Griswold family, the Shirleys and the SWAT team members then celebrate inside the house, while Clark and Ellen happily share a Christmas kiss. After Ellen goes inside, Clark looks at the sky, happily smiling toward the stars and saying: “I did it.” 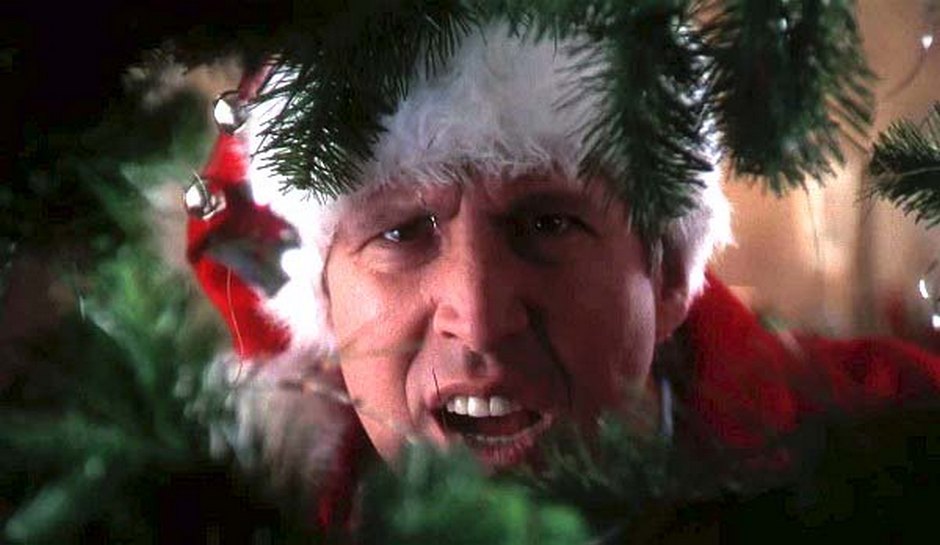 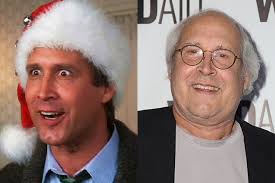 “Ned” Chase, an editor and writer. His parents both came from prominent families, and his grandfathers were artist and illustrator Edward Leigh Chase and admiral Miles Browning. His recent ancestry includes English, Scottish, Irish, and Danish. His grandmother gave him the nickname “Chevy” when he was two years old. Chase was a part of the Saturday Night Live cast from its debut in 1975 until 1976, and then embarked on a highly successful movie career. He scored in the eighties with hits such as Caddyshack (1980), the National Lampoon movies and the Fletch movies. All his films show his talent for deadpan comedy. Sadly, his career has generally worsened throughout the nineties, starring in disappointments such as the mediocre Memoirs of an Invisible Man (1992), and Cops and Robberson’s (1994). 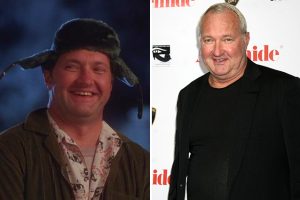 Randy Quaid (Cousin Eddie) was born October 1, 1950, in Houston, Texas, the son of Juanita Bonniedale “Nita”, a real estate agent, and William Rudy Quaid, an electrician. He is the older brother of actor Dennis Quaid. Quaid has English, Scots-Irish, and Cajun (French) ancestry. Through his father, Quaid is a first cousin, twice removed, of cowboy performer Gene Autry. Randy Quaid grew up in Bellaire, Texas, a small city surrounded by Houston, and in southwest Houston. He is an American actor. He has been nominated for a Golden Globe Award, BAFTA Award and an Academy Award for his role in The Last Detail. Quaid also won a Golden Globe and was nominated for an Emmy Award for his portrayal of U.S. President Lyndon Johnson in LBJ: The Early Years. He also received Emmy nominations for his roles in A Streetcar Named Desire and Elvis. Quaid is also well known for his roles in the National Lampoon’s Vacation movies, Brokeback Mountain, Independence Day and Kingpin.

Beverly D’Angelo (Ellen Smith Griswold) was born November 15, 1951, in Columbus, Ohio, the daughter of Priscilla Ruth, a violinist, and 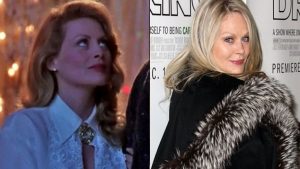 Eugene Constantino “Gene” D’Angelo, a bass player and television station manager.  Her father was of Italian descent.  Her maternal grandfather, Howard Dwight Smith, was the architect who designed Ohio Stadium, also known as “the Horseshoe” at Ohio State University.  She worked as an illustrator at Hanna-Barbera Studios and as a singer before pursuing an interest in acting. Spending some time living in Canada, she was a backup singer for American-born rockabilly singer Rompin’ Ronnie Hawkins’ band The Hawks, who after going out on their own became legendary group The Band.  She has three brothers, Jeff, Tim and Tony.  She is an American actress and singer, who starred as Ellen Griswold in the National Lampoon’s Vacation films (1983–2015).  She has appeared in over 60 films and was nominated for a Golden Globe Award for her role as Patsy Cline in Coal Miner’s Daughter (1980), and for an Emmy Award for her role as Stella Kowalski in the TV film A Streetcar Named Desire (1984). Her other film roles include Sheila Franklin in Hair (1979) and Doris Vinyard in American History X (1998).

Christmas Vacation – Did You Know? 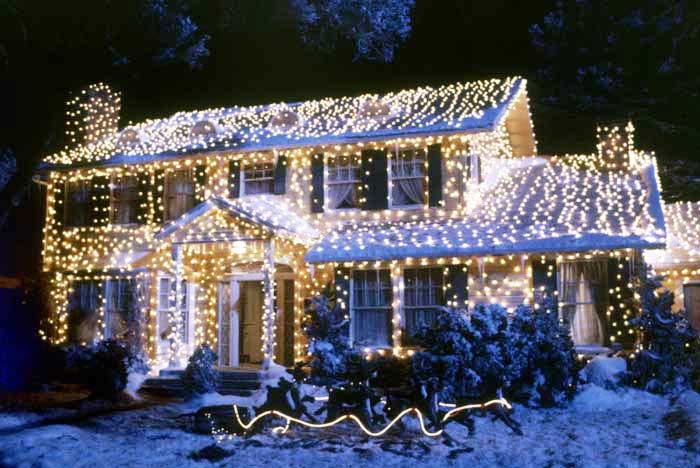 It’s been a while but Chevy’s movies are always fun.

I totally agree! Ones that can be watched and enjoyed years later, are the best!

mummy here and there

Oh boy I haven’t seen this in years,such a brilliant film. Gotta watch this again X

Author
Jamie
Reply to  mummy here and there

It’s definitely one that is good every year! 🙂

Those are the best ones! 🙂

I saw it in theaters when it first came out. I hadn’t watched it in years but I did watch it last year and I still laughed!

Those are the great ones, when they can still make you laugh! 🙂

We love Christmas Vacation and watch it every year! Hallmark has a line of ornaments and we have a few of those, too!

I wish our Hallmark store wouldn’t have closed down, I would love one of those! 🙂

Yes, I’ve watched it a few times. My husband wants our house to look like their house. It’s intense. I reign him in, though!

That would be epic! My husband has tried, but we just don’t have the right amount of sockets! ha/ha