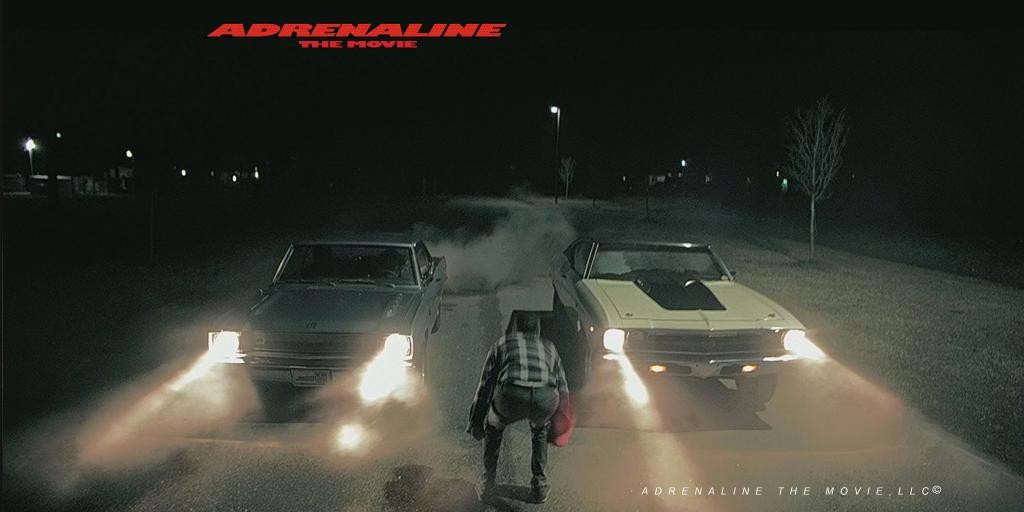 Adrenaline (DVD Review)
It’s Not What You Drive, It’s What Drives You

I received the “Adrenaline” movie from Elliott at Edify Media and couldn’t wait to watch it.  My family is one that loves anything to do with auto racing, especially drag racing and NASCAR.  So a movie that had that, faith and great actors – we’re in!!

The story starts out really exciting and then changes drastically.  I love how the production company tied everything together and really made it so that you look at your own life and what is important to you.  The quote of “it’s not what you drive, it’s what drives you”, makes so much sense!!  You sometimes really just need to take a look in the mirror, and find out if what you are holding at a high point of importance in your life is really something that needs to be focused on.  Seeing how friends who became family in this movie, showed what our lives need to be about.

This movie is one that I would definitely recommend to anyone who likes movies about cars, racing, or even just life.  It is great for all ages, has a wonderful story and topics that ring so true to those that might not even be about this lifestyle.  Seeing what a difference we can make in others lives, though just simple things, really makes you take a look at what’s important!

Thanks Elliott for another great movie! 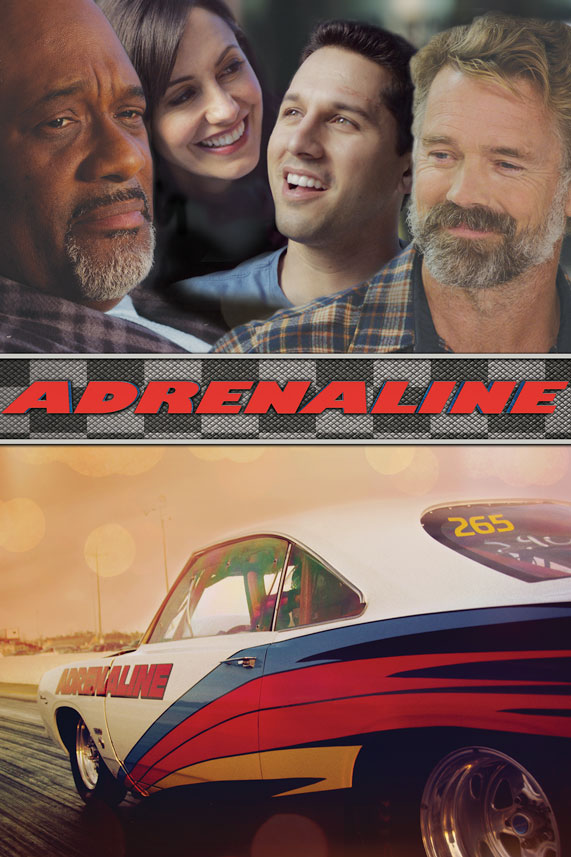 Los Angeles, California – Winner of the International Christian Film Festival, Adrenalin stars Michael Rosander as Joseph Jenkins, a drag racer whose life is changed forever by a near-fatal car crash that leaves him partially paralyzed, forcing him to face new circumstances as he ultimately 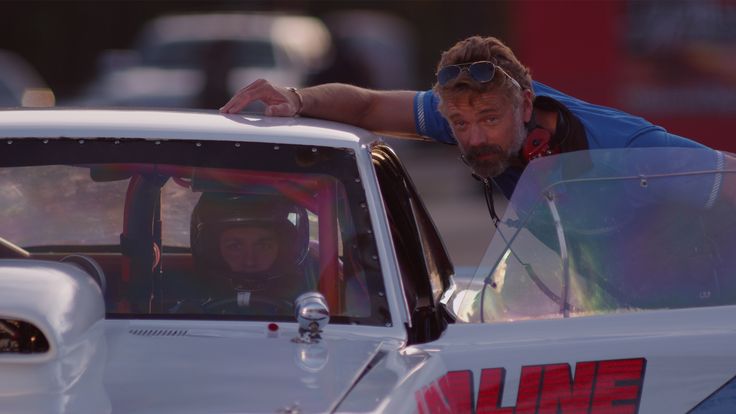 learns to race again. John Schneider (October Baby, Smallville) plays Paul Sharpe, Joseph’s uncle that helps his nephew find his way to race again. “After straightening the curves all these years, it was a pleasure to finally race in a straight line,” said Schneider, the beloved “Dukes of Hazzard” star. “I am very excited about this film.”

Adrenaline will be available on Digital and DVD September 8th. For more information go to www.wordfilms.com.

Synopsis – A drag racer’s life is turned upside-down after a near fatal car crash, leaving him paraplegic. Joseph Jenkins (Michael Rosander), thinks his life is over, but while in the hospital, he meets Elijah Salisbury (Gregory Alan Williams), who gives him a new perspective on life and helps get him back to living. When Jason returns home, an old friend of his father’s, Paul Sharpe (John Schneider) steps in and helps him back into a race car, and teaches him how to race all over again.

Michael Rosander (Joseph Jenkins) is an actor, writer and comedian.  He is passionate about creating productions that incorporate magic, comedy, and unique characters with one unifying theme. Under his company, No Sleeves Magic, Rosander lets his imagination run wild in his performances. His degree in theatre has given him the structure and knowledge to mold magic in such a way that every trick and action has a purpose and every transition propels the story forward.  In addition to his love for magic, Michael Rosander enjoys a career as a working actor for film and television. He can be seen in the CBS series Under The Dome, the host for Walmart commercials, and several award-winning short films. Rosander recently finished up his first lead role in the film Adrenaline, starring John Schneider from Dukes of Hazzard.  Since 2014, Michael has been lecturing at Magic Conventions including KIDabra and the Kapital Kidvention, sharing this approach to magic with magicians everywhere.

attended Coe College and served in the United States Marine Corps before pursuing a career in acting.  He made his acting debut opposite Steven Seagal in the 1988 film Above the Law. The following year, Williams won the role of Garner Ellerbee in Baywatch. He reprised the role in the 1995 spin-off series Baywatch Nights, before returning to Baywatch in 1996.  After leaving the series in 1998, Williams has had recurring guest roles on The Sopranos, The West Wing, The District, The Game, Army Wives, and Drop Dead Diva. Additionally, he has guest starred in episodes of NYPD Blue, Boston Legal, One Tree Hill, and Meet the Browns and has also lent his voice to the animated series Aqua Teen Hunger Force. From 2009 to 2013, Williams appeared as Judge Warren Libby in the comedy series Drop Dead Diva. Since 2011, Williams has portrayed the role of Coach Pat Purnell in the USA Network drama series Necessary Roughness.  Williams has also had roles in several films including Remember the Titans (2000), Old School (2003), Be Cool (2005), Dog Days of Summer (2007), Oliver Stone’s biopic W. (2008), The Collector (2009), and MacGruber (2010). Williams also serves as the host of the syndicated series Know Your Heritage and Know Your Heritage: Black College Quiz.

John Schneider (Paul Sharpe) was born April 8, 1960, in Mt. Kisco, New York, to Shirley and John Schneider III, a pilot and U.S. Air Force veteran. His parents divorced when he was two. John began acting at the age of eight. He was in many plays in New York. He and his mother moved to Atlanta, Georgia, when he was fourteen. He got involved in the local theater and was in many local productions. He had a small part in Smokey and the Bandit (1977) starring Burt Reynolds.  His big break came when he won the role of Bo Duke on The Dukes of Hazzard (1979) on CBS from 1979-1985. He auditioned for the role pretending he was a genuine country boy. He had a weeks growth of beard and held a beer can claiming he was from Snellville, Georgia. He later became a very successful country singer and had several hit songs including “I’ve Been Around Enough To Know” and “Country Girls.” He has since opened Faith Works Productions in San Antonio, Texas. He also appears in Dr. Quinn, Medicine Woman (1993) as Daniel Simon/Red McCall. 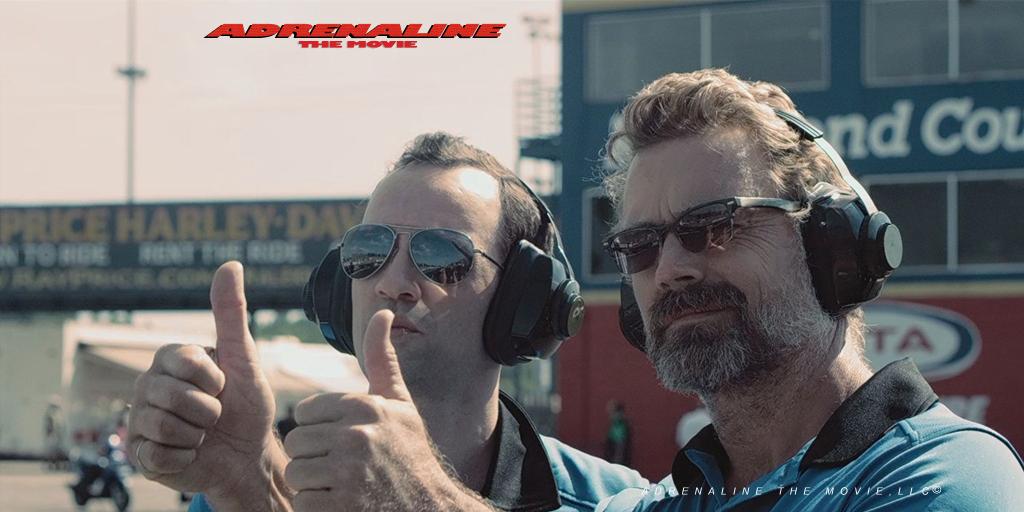 Disclaimer: I, Jamie Tomkins, own and operate TigerStrypes Blog located at www.tigerstrypes.com. From time to time you’ll hear about my real life experiences with products and/or services from companies and individuals. Let it be known that I have no affiliation with these said companies, and have not received compensation for reviewing their service/product. The service/product was given to me by the company or any agents of the company. The review that I give regarding the product/service is based off my own personal experience; I do not guarantee that your experience will be the same.
14 Comments
Newest
Oldest Most Voted
Inline Feedbacks
View all comments

I just saw something about this the other day and wanted to know the name of it! It looks really great!

Sounds like a very inspirational film. I think my oldest son would probably get a lot from this story.

It’s a great movie for the whole family, Carlee! 🙂

I haven’t seen this. I bet that it will keep me on the edge of my seat.

It was a great movie with a touching story! 🙂

I learned that we can request a showing locally by reserving enough Tugg tickets.

That’s interesting, Jeanine. I sure wish that our local theater would do that!

I love that – “it’s what drives you” such a great way to look at things! Looks like a movie my hubby and I would love to see.

It is definitely a great movie!! Definitely want to watch it again soon!

My brothers would absolutely LOVE this movie. I might have to buy them a copy for Christmas. Thanks for sharing!

You’re welcome, Sarah – maybe you’ll win a copy and be able to share it! 🙂

My action loving boys would like this movie. They love anything that has cars in it.

Definitely one of the best for back in the day!