(I received this book from Handlebar Publishing and was asked to listen to it and give my opinion.  All opinions are my own.  Full disclaimer below) 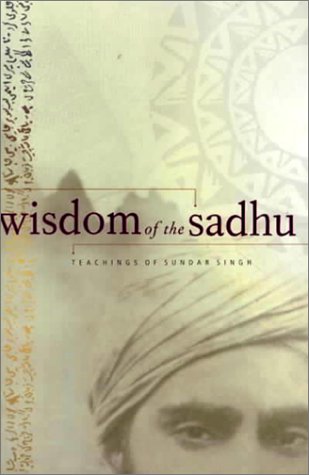 I received the “Wisdom of the Sadhu” book about Sundar Singh from Julie with Handlebar Publishing and was asked to read it and give my review on it by way of blog post.

I began reading, not sure who Sundar was, or what the book was about.  I read on the back that it was a collection of anecdotes, sayings, parables and meditations from Sundar’s teachings.  In my honest opinion, it was very hard to follow and didn’t really keep me interested.  Now, don’t get me wrong, there are some very great stories in the book, like on page 28-29 where it tells the story of how even being born as a Sikh, he felt that something else was out there.  His snippet reads: “ I prayed and prayed, waiting for the time to take my last walk.  At about 4:30, I saw something strange.  There was a glow in the room.  At first I thought there was a fire in the house, but looking through the door and windows, I could see no cause for the light.  Then the thought came to me: perhaps this was an answer from God.  So I returned to my accustomed place and prayed, looking into the strange light.  Then I saw a figure in the light, strange but somehow familiar at once.  It was neither Siva nor Krishna, nor any of the other Hindu incarnations I had expected.  Then I heard a voice speaking to me in Urdu: “Sundar, how long will you mock me? I have come to save you because you have prayed to find the way of truth.  Why then don’t you accept it?”  It was then I saw the marks of blood on his hands and feet and knew that it was Yesu, the one proclaimed by the Christians.  In amazement, I fell at his feet.  I was filled with deep sorrow and remorse for my insults and my irreverence, but also with a wonderful peace.  This was the joy I had been seeking.  This was heaven…Then the vision was gone, though my peace and joy remained.”  That right there was amazing.  Knowing that God loves all people and would take the time to speak to one who’s family had not known Him was awesome – God so loves all of us.  Also for this man to “get it” and to feel God’s peace, tells you of His great power.

The story goes on to tell of how Sundar told his family about the Lord and had his father and family so upset, saying “we reject you forever and cast you from among us.  You shall be no more my son.  We shall know you no more.” – that would be horrible to go through.  Praise God that we know even if our family, friends, etc. cast us out, He will by no means cast us out and loves us all so much!  His love can cover all of the agony and pain that we are going through.  It won’t be easy, and it won’t always be happy times, but in the end – it’s all worth it.

There is a lot more to Sundar’s story in this book and I’m sure many people would either dislike or love it. That is up to you to read it, and then make that decision. 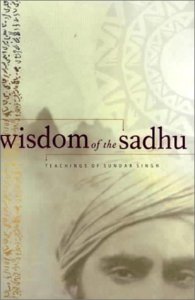 Known in his lifetime as India’s most famous convert to Christianity, Sadhu Sundar Singh (1889–1929) would not approve of that characterization. He loved Jesus and devoted his life to knowing him and following him, but he never accepted Christianity’s cultural conventions, even as he embraced its stark original teachings.

A modern Saint Francis, Sundar Singh left the wealth of his home at sixteen to live as a sadhu, or wandering holy man. His beggar-like existence, his intense devotion, his mystical encounters with Jesus, and his simple yet profound parables became the stuff of legends. No one who met him – including the thousands who flocked to hear him during his visits to Europe, the Orient, and the United States – remained unaffected.

Wisdom of the Sadhu, a collection of anecdotes, sayings, parables, and meditations, brings together the best of Sundar Singh’s teachings. Couched as they are in a distinctly Indian idiom, they probe the essence of the Gospels with unusual freshness and offer insights of great depth and value to every serious seeker.

(1)Fourteen year old Sundar Singh blamed the Christian God for the death of his mother. He threw filth on his Christian 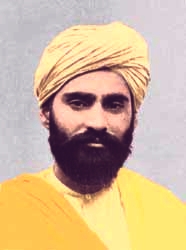 teachers, mocked their Scriptures, and interrupted classes. Then he made an ultimate gesture of scorn. He built a fire and page by page tore up a Bible and burned it. “Although I believed that I had done a very good deed by burning the Bible, I felt unhappy,” he said.

Within three days Sundar Singh could bear his misery no longer. Late at night, on this day December 19, 1903,* he rose and prayed that God reveal himself if he really existed. Otherwise he would throw himself in front of the train which passed by his house. For seven hours Sundar Singh prayed. “O God, if there is a God, reveal thyself to me tonight.” The next train was due at five o’clock in the morning. The hours passed.

Suddenly the room filled with a glow. A man appeared before him. Sundar heard a voice say, “How long will you deny me? I died for you; I have given my life for you.” He saw the man’s hands, pierced by nails.

In that moment he recognized Christ. The boy who had burned the Bible became a man who would endure terrible sufferings for Jesus. He made twenty trips into Tibet, where he met severe persecution.

But first, Sundar had to face his own people. The Sikhs had endured serious opposition in their early history. As a consequence they were fiercely loyal to their faith. Conversion to Christianity was considered treachery. Every effort was made to woo or coerce Sundar Singh back to his ancestral faith.
His father pleaded. An uncle opened a cellar full of treasures. A prince appealed to the boy’s patriotism. His own brother spread lies about him. His former gang hurled muck at him. The mission was attacked. Christians were denied service. A boy who followed Sundar Singh was poisoned to death.

Finally Sundar realized he must break with his people. He cut off the hair he had worn long like every Sikh. Then he was told, “We reject you forever… We shall forget you as if you had never been born. You will leave this house with nothing but the clothes you wear on your back. …” When painful cramps wrenched his gut, he realized that his family had poisoned his last meal. He staggered to a mission hospital.

After his recovery, he donned the yellow robe of India’s holy men. Unlike many gurus, he kept himself clean and did not torture his body. Dressed in his thin yellow robe, Sundar took to the road, preaching the gospel of Christ. Over the years, many were won to faith through him. Even his own father was converted. But in 1929, a sickly Sundar set out for Tibet. He never returned. Nothing was heard from him again.

Enter To Win A Copy of the Book Here:

Win the “Wisdom of Sadhu” Book 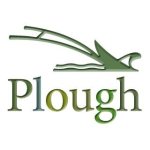 Plough Publishing House, founded in 1920, is an independent publisher of books on faith, society, and the spiritual life. We’re based in Walden, New York with branches in the United Kingdom and Australia.

We also publish Plough Quarterly, a bold new magazine of stories, ideas, and culture to inspire faith and action. In addition, we serve up fresh views and insights daily online. (Sign up for weekly updates.)

Because we believe in quality over quantity, we’re able to lavish attention on every project. We devote rigorous attention to editing and design, and we stand behind each of our titles with strong and innovative promotion.

Plough has always aspired to be more than just another publisher – our goal is to help build a worldwide network of writers, readers and doers who, while belonging to diverse traditions, share a common conviction: that faith has the power to transform every aspect of life.

(1) Christianity.com page with this info

“Disclosure (in accordance with the FTC’s 16 CFR, Part 255: “Guides Concerning the Use of Endorsements and Testimonials in Advertising”): Many thanks to Handlebar Publishing for providing this book for my review. Opinions are 100% my own and NOT influenced by monetary compensation. I did receive a sample of the product in exchange for this review and post.   Only one entrant per mailing address, per giveaway. If you have won the same prize on another blog, you are not eligible to win it again. Winner is subject to eligibility verification.”