The Lumo Project – Gospel of John

I recently heard about “The Lumo Project” from Laura Beth with FlyByPromotions.  I wasn’t sure what it was all about, but being able to look into it through the great information Laura Beth shared made me very interested.  Being able to see the stories, that you normally read was a great thing.  The people in the film make you feel like you are there and actually experiencing what they did.  It really makes you see that the Words of the Bible are something that really happened here on earth.

My favorite part of the movie was finally seeing a character that looked the way Jesus might have looked.  There are so many photos and movie characters of some fair skinned, light hair person and from where He was from, He probably didn’t look that way.  I loved all of the characters and hearing my son tell us his perception on a few things.  He’s actually been reading John in school and could tell us what was coming next, etc. – it was great!!

See for yourself this great story at www.lumoproject.com – you can even get it on Netflix, which I think is wonderful.  What a blessing to know that that company is willing to have something on it such as this.  So many are being anti-religion and not wanting to promote anything of Christianity.  I recently heard about a little girl wanting to post about being thankful to God on Twitter and they didn’t allow her due to the word “GOD”.  Really?

Let’s make a stand people, and let companies know that we won’t be quiet about them trying to quiet us in regards to God.  Thank you Netflix for going against the grain!  I’m really interested in your company moreso now than ever before! 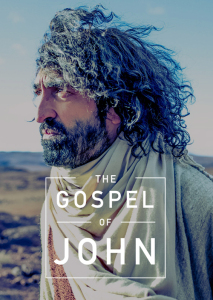 The Lumo Project is a ground breaking, multi-language biblical film resource transforming the way we discover, study and engage with the life of Jesus through the four New Testament Gospels: redefining the standard of visual Biblical media.

The Lumo Project encompasses four feature-length films – one for each Gospel account – that revolutionize the way we experience the story of Jesus and the world of First Century Palestine in which he lived.

For the first time on screen, the Lumo Project takes the actual four individual Gospel texts as its script, word for word, unedited. We use the very latest historical research to recreate Palestine of the First Century as 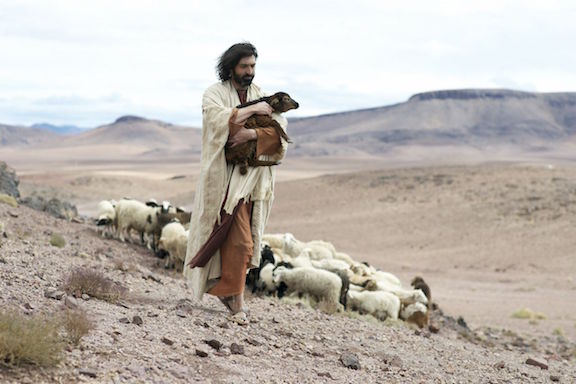 authentically as possible. We break with the stereotypical tradition of a westernized Jesus and his life story and present it as it really was 2000 years ago. The Lumo Project is a versatile educational resource that can be seen and heard by a truly global audience as it can be dubbed into any version and any language.

“No other Jesus production so successfully captures the story of Jesus in its fourfold form” – Dr Edward Adams, Professor of New Testament Studies, King’s College, London

The Lumo Project is a pioneering educational resource designed to promote biblical literacy for anyone interested in the Gospel stories , irrespective of faith. It contains all the original stories that changed the world from Jesus’ miraculous birth to his agonizing death on the cross and his triumphal resurrection; all his miracles, his teachings, his parables and the extraordinary story of his life. The Lumo Project provides a unique Gospel experience for the 21st Century and is accessible to everyone. 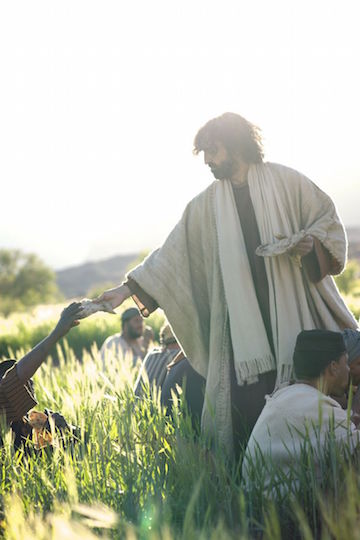 members can view unlimited digital content on virtually all internet-connected devices at times of their choosing, with complete control over play, pause and resume functionality and all without the interruption or distraction of commercials.

The Gospel of John is the first feature film to be produced as part of The Lumo Project, with the other three Gospels; Matthew, Mark and Luke, underway. On December 1st 2014, the Gospel of John will join the Netflix library and become instantly accessible to the 36 million subscribers of Netflix in North America.

Ensuring that the Gospels are accessible to all, regardless of their language, location, background and upbringing, is the overriding mission of The Lumo Project. This is the first time such an ambitious narration of the Gospels has been undertaken in full, and over time, the vision is to translate the Gospels into every known language.

Brent Ryan Green, the executive producer behind the feature film, explained why the Netflix launch is such a significant achievement for the project.

“The Netflix North America launch marks the first step towards achieving this vision. As well as the English narration, a full Spanish translation will be released, making the Gospel of John accessible to the Latin American audience too.”

This exciting alliance with Netflix will see the feature film production of the Gospel of John rolled-out internationally across a number of territories, in their native languages. Narrations in French, German, Dutch, Swedish, Finish, Danish, Norwegian, Brazilian and Portuguese will be released over the coming months.

The Gospel of John is predicted to be well-received within the territories it is first broadcast. It is hoped that this will lead to further access being given across a number of other global territories in due course.

Further details about The Lumo Project and the filming of the Gospel of John can be found at www.lumoproject.com.

I’ve never heard of this, but it sounds really good! Just another reason why I need to hop on the Netflix train.

I had not heard of the Lumo project before. I’ll be sure to check this out further. Thank you!

I need to get Netflix so I can watch this. This sounds really interesting.

That definitely looks like something I can get behind. I just re-watched Son of God on DVD, so in that kind of a frame of mind.

Gotta love Netflix…they really do have a wide range of things for people to watch…and learn from. That is very cool that the Project takes into consideration different languages. Sounds like a solid educational resource.