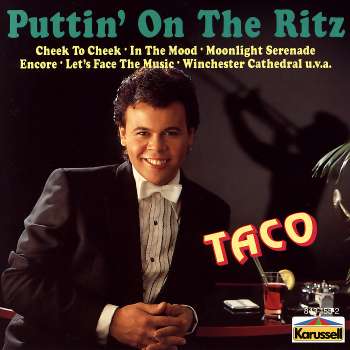 So to get on with this “Things That Brings Back Memories” blog post for this week, I’m going to pick Puttin’ On The Ritz by Taco, which was released in 1982.  If you don’t know about the song that I’m talking about, here it is:

I never knew that this was a cover song that had an original version out years before – really?  I remember that in the 80’s, I loved this song so much, that I wanted to dress up like Taco for Halloween at Cabrillo Elementary School in about 2nd grade.  I used a baton that had black & white electrical tape over it to look like his dancing baton.  I was called to the office, and got in trouble for having a dangerous item at school.  Whatever! I was a dancer, dang it! ha/ha  Did you ever listen to this song?  What did you think of it? 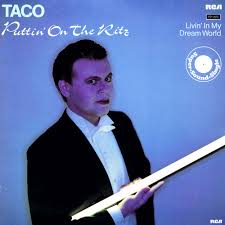 “Puttin’ On the Ritz” is a song orignally written by Irving Berlin. He wrote it in May 1927 and first published it in December 2, 1929.  It was registered as an unpublished song August 24, 1927 and again on July 27, 1928.  It was introduced by Harry Richman and chorus in the musical film Puttin’ On the Ritz (1930). According to The Complete Lyrics of Irving Berlin, this was the first song in film to be sung by an interracial ensemble.  The title derives from the slang expression “putting on the Ritz,” meaning to dress very fashionably. The expression was inspired by the opulent Ritz Hotel.

Hit phonograph records of the tune in its original period of popularity of 1929–1930 were recorded by Harry Richman and by Fred Astaire, with whom the song is particularly associated. Every other record label had their own version of this popular song (Columbia, Brunswick, Victor, and all of the dime store labels). Richman’s Brunswick version of the song became the number-one selling record in America. 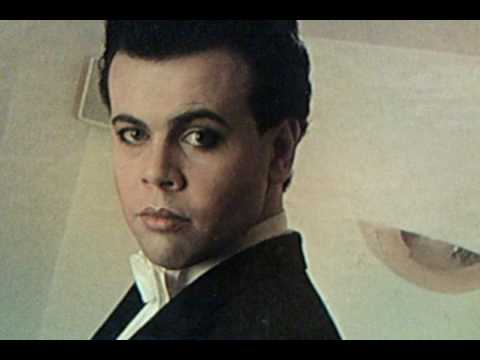 In 1982 singer Taco released a synth-pop cover version of “Puttin’ On the Ritz” as a single from his album After Eight, released on Polydor of Germany. The single was aided by its hugely popular music video (of which there are two versions) which includes a tap dance solo in honor of the late Fred Astaire.  The original version contains characters in blackface and has since been banned from many networks. The alternate version eliminates many shots of the blackface characters; notably two who appear during the song’s “super duper” line are replaced with a photograph of Gary Cooper, however the blackface characters can still be seen in a few shots.

The single was a global hit, reaching No. 1 in Cashbox as well as No. 4 on the Billboard Hot 100 chart,making Irving Berlin, then 95, the oldest ever living songwriter to have one of his compositions enter the top ten.  It was certified Gold by the RIAA for selling over one million US copies.  It was Taco’s only hit in the States.  This version of the song was ranked No. 53 in VH1’s 100 Greatest One Hit Wonders of the 80’s special.  The song topped the charts in Sweden and New Zealand, and it entered the Top 5 in numerous countries including Norway, Austria and Canada. 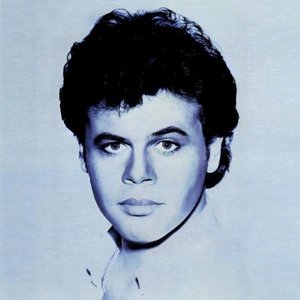 Taco Ockerse, born in Jakarta, Indonesia on July 21, 1955, had spent many of his childhood years moving around the world residing in the Netherlands, the United States, Singapore, Luxembourg, Belgium and Germany.  He attended the International School of Brussels, Belgium, and graduated in 1973. Afterward, he studied interior decoration and finished acting school in Hamburg. He held lead roles in numerous school productions, including You’re a Good Man, Charlie Brown; Carousel; The Fantasticks; and Fiddler on the Roof.

In 1975, he began his first professional theatrical engagements in Hamburg.  This included roles in Children’s Theater, and roles as an ensemble member of the Thalia Theater in a number of plays, including Sweet Charity, Chicago, and Three Musketeers. He also directed and choreographed for the musical Nightchild. In 1979, he played “Chino” in John Neumeier’s West Side Story at Hamburg Opera House. He founded his first band, Taco’s Bizz, in 1979.

In 1981, Taco signed his first record contract with Polydor (Germany) for two record releases, whereon he released his first single, “Puttin’ On the Ritz”, which in 1982 was picked up by RCA Records for US release. His version of the song also had pieces of other Irving Berlin songs, such as “White Christmas”. The single was widely played throughout the U.S. by late summer of 1983 eventually peaking at number 4 in September 1983 on the Hot 100 as well as number 1 on Cashbox.  Although the single eventually earned him a Gold-certification in USA for selling over one million copies, it was Taco’s only top-40 hit in the U.S.  In 1983 and 1984, he toured extensively throughout Europe. While the single “Puttin’ on the Ritz” topped the charts in Sweden and New Zealand, it entered the Top 5 in numerous countries including Norway, Austria and Canada.  His subsequent album, After Eight, was released in over 40 countries and managed to reach No. 4 in Norway, No. 5 in Canada, No. 11 in Austria, No. 17 in New Zealand, No. 23 in the United States, and No. 59 in Germany.  The album earned Taco a number of Gold certifications including one in Finland for selling over 25,000 copies.

I always associate that song with Young Frankenstein 🙂

Interesting, I never knew that.

I have never heard of this. I will go wonder over and hear some more

It was one of my faves when I was younger. 🙂

Oh my, now you have that song stuck in my head! I remember when it originally came out, it was played everywhere!

It was a popular one for sure! 🙂

I don’t remember this song in the 80’s–bit I vaguely remember it from when when Mom and Dad used to play it. Putting on the Ritz was a favorite expression way back then.

It’s funny, when I was doing the research, I never knew it had been out for that long! It’s amazing how music can stand the test of time!

Why yes, yes I do remember Puttin’ on the Ritz, I was an adult by this time and I remembered my mother having listened to a song very similar. I did not know that it dated back to 1927 though. I often wonder how much great song bases were lost back in those days and what could be done with it now. I think the black faced musicians were part of the time and should not have been removed. I am far from racist but maybe there is something I just can’t understand.

I love that certain songs can last forever!