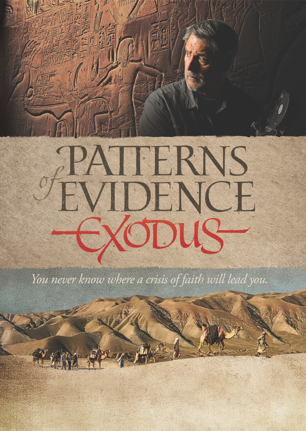 I received the “Patterns of Evidence: Exodus” DVD from FlyByPromotions.  I thought that it would be a very interesting story, and I was right!  So many times, in today’s world, people take someone’s opinion and figure that it’s completely correct and should never be challenged.  Well Mr. Timothy Mahoney decides that it might be best to take another look and see why things just don’t match up.

We are going through the book of Exodus right now at our church, and it was really interesting to see the places and hear some of the history, that coincided with the story.  I always love to see the pictures that go with the words.  Hearing about his journey and the people that he talked to, trying to get the correct information was very interesting.

There was a gentlemen named David Rohl who is an Egyptologist, as well as an agnostic.  I was amazed at the amount of knowledge that he had of historical information that had to do with the bible and he still did not believe all of the truth.  All I can figure is the problem of so many saying that religion and science cannot be combined.  The bible stories were scientifically proven and verified…what more does someone need?  The information in the movie was amazing, and one that you could even look for more on your own to validate it before forming your opinion.  We all need to do our own research before coming to a conclusion.  Be open to what others have to say, but know that just because they say it, it does not always make it right!

Here’s the preview for the movie. I hope you can enjoy it, as much as we did! 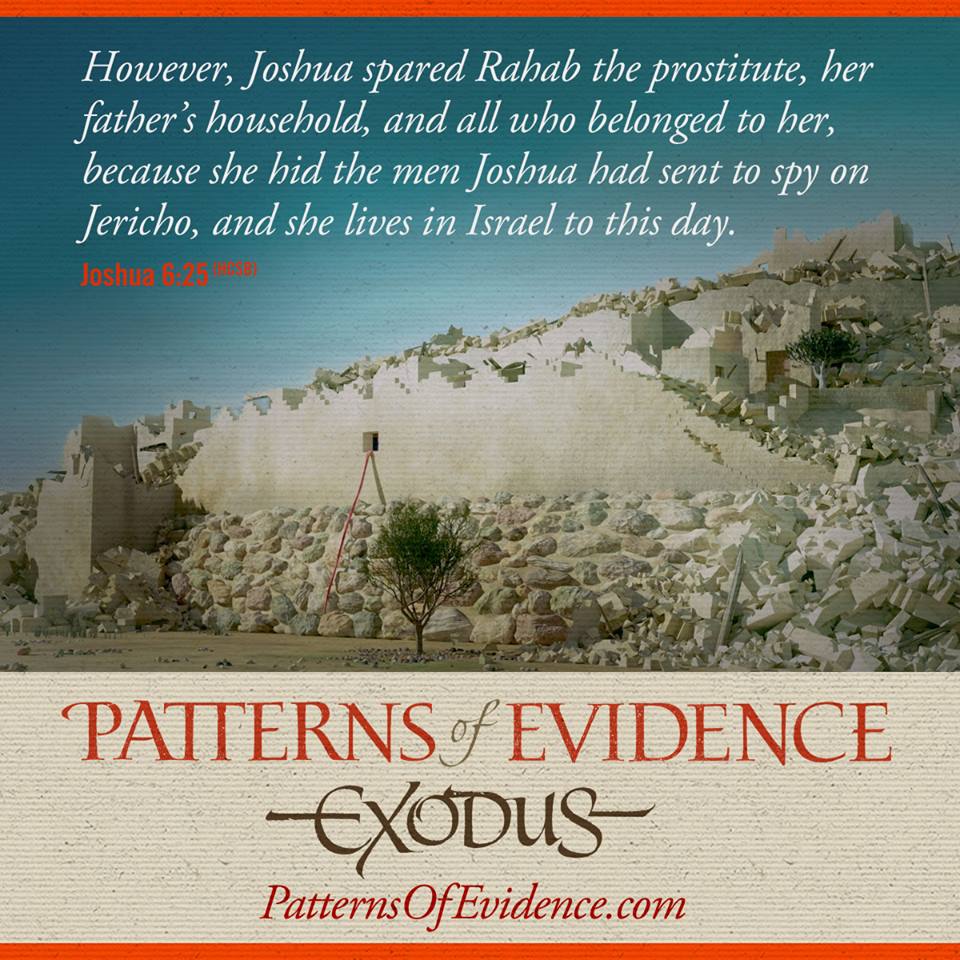 What is the validity of history found in the Bible? Is it fact or fiction? What does the hard evidence really have to say about the foundational story of the Old Testament: the Exodus out of Egypt? An in-depth investigation by documentary filmmaker Timothy Mahoney searches for answers to these questions amid startling new finds that may change traditional views of history and the Bible.

For more than 50 years, the vast majority of the world’s most prominent archaeologists and historians have proclaimed that there is no hard evidence to support the Exodus story found in the Bible. In fact, they say that the archaeological record is completely opposed to the Bible’s account. This view of extreme skepticism has spread from academia to the world. The case against the Exodus appears to be so strong that even some religious leaders are labeling this ancient account as historical fiction.

Filmmaker Timothy Mahoney begins with the question, “Is the Bible just a myth, or did the archaeologists get it wrong?” He decides to tackle this issue with a deliberate scientific approach. After examining the details in the biblical text, he journeys across the globe to search for patterns of evidence firsthand. The result is the most in-depth archaeological investigation into the Exodus from Egypt ever captured on film.

One of the biggest mysteries of the ancient world is the question of whether the historical events recorded in the Bible actually happened. The stakes of this question are extremely high because today’s world is so connected to the Bible. In fact, the Bible may have been the greatest single influence to shape Western civilization. For more than 1500 years, the West accepted the truth of the biblical accounts. Presently, these accounts form the foundations of faith for hundreds of millions of Christians and Jews worldwide. If these events never happened, are those religions based on a gigantic lie? 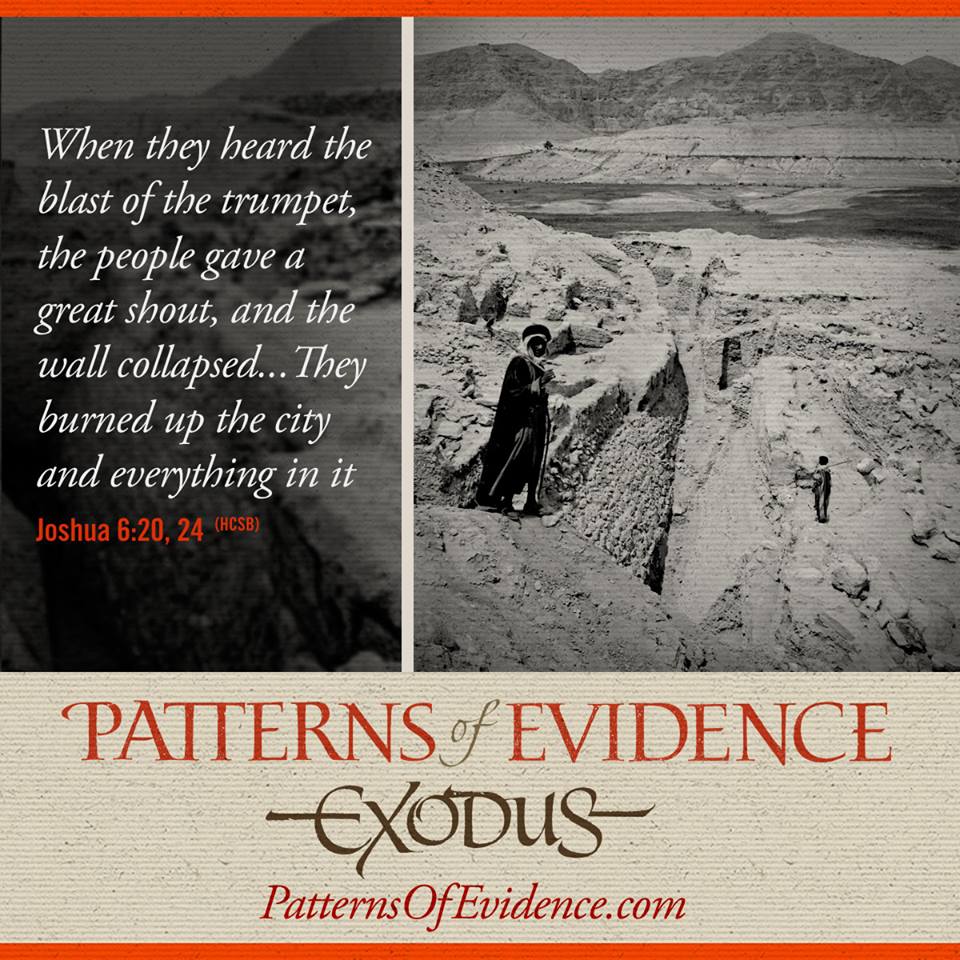 Many of today’s tensions in the Middle East are connected to the Bible. The opposing camps in the culture wars can be defined, in large measure, by their views of what the Bible is – and what it means. When issues relating to biblical history come up, they automatically qualify as controversial – and the unveiling of new archaeological finds related to the Bible are met with an atmosphere of explosive apprehension.

The story of the Exodus has become particularly controversial. For more than 50 years, the vast majority of the world’s most prominent archaeologists and historians have maintained that there is no hard evidence to support the Exodus story. In October of 1999, the prominent Israeli archaeologist Ze’ev Herzog wrote in Ha’aretz Magazine, “This is what archaeologists have learned from their excavations in the Land of Israel: the Israelites were never in Egypt, did not wander in the desert, did not conquer the land in a military campaign and did not pass it on to the 12 tribes of Israel.”

The case against the Exodus appears to be so strong that even some religious leaders are labeling it as historical fiction. According to Rabbi David Wolpe, named the most influential rabbi in America by Newsweek Magazine, “The Exodus certainly didn’t happen the way the Bible depicted it, assuming that it was a historical event in any description.”

This is a dramatic shift from attitudes of just a century ago. In the Nineteenth and early Twentieth centuries, European pioneers of archaeology came to the Near East with a shovel in one hand and a Bible in the other. At first, their discoveries seemed to be very supportive of the Bible. However, over the years, new findings and more exacting practices determined that the dates for many of the finds were actually from periods outside the biblical timeframe. In their zeal to prove their faith, it appeared that the previous generation had jumped to their conclusions prematurely.

Is the Exodus just a myth, or is it possible that the archaeologists got it wrong? 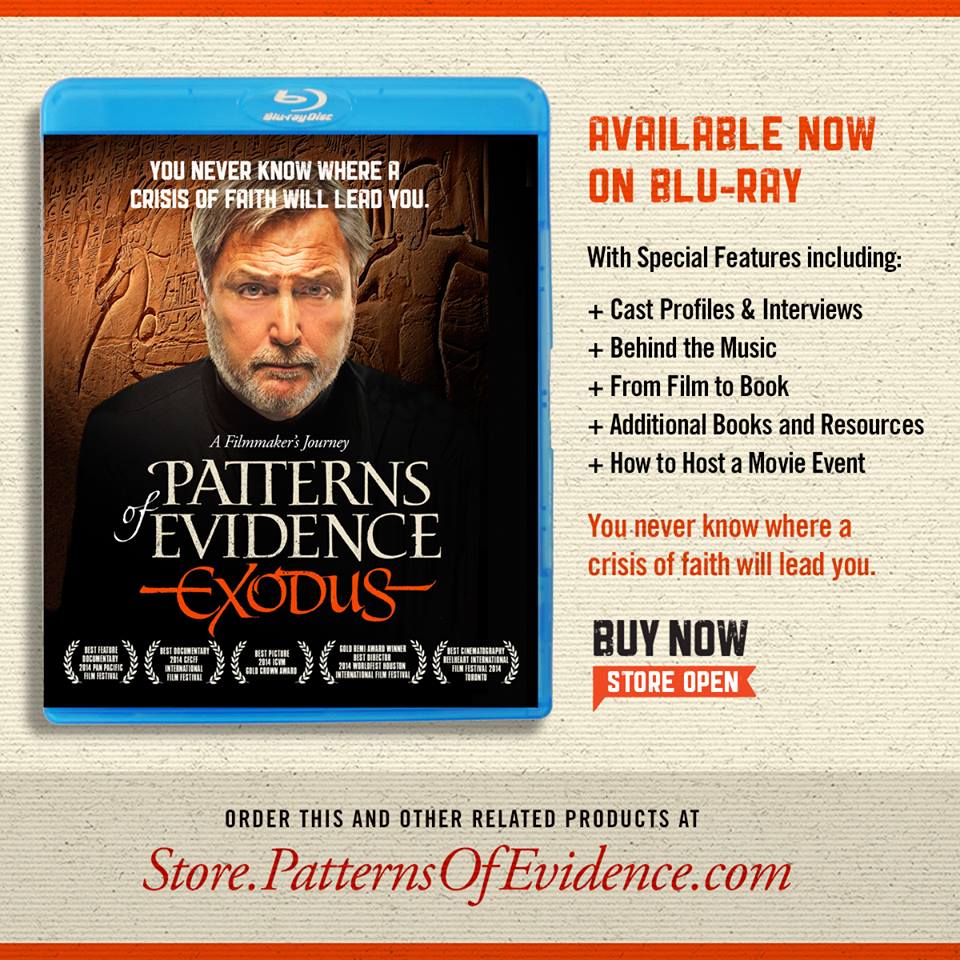 Win A Copy Of The DVD:

“Disclosure (in accordance with the FTC’s 16 CFR, Part 255: “Guides Concerning the Use of Endorsements and Testimonials in Advertising”): Many thanks to Propeller Consulting, LLC for providing this prize for the giveaway. Choice of winners and opinions are 100% my own and NOT influenced by monetary compensation. I did receive a sample of the product in exchange for this review and post. Only one entrant per mailing address, per giveaway. If you have won a prize from our sponsor Propeller / FlyBy Promotions in the last 30 days, you are not eligible to win. Or if you have won the same prize on another blog, you are not eligible to win it again. Winner is subject to eligibility verification.”  “Disclaimer: I, Jamie Tomkins, own and operate TigerStrypes Blog located at www.tigerstrypes.com. From time to time you’ll hear about my real life experiences with products and/or services from companies and individuals. Let it be known that I have no affiliation with these said companies, and have not received compensation for reviewing their service/product. The service/product was given to me by the company or any agents of the company. The review that I give regarding the product/service is based off my own personal experience; I do not guarantee that your experience will be the same.”

Thank you for giving your honest opinion on this Jamie. I was tempted to review this DVD as well, just so, like you said, I could hear another person’s viewpoint. You bring up a very important life lesson- we all should strive to be open to the opinions and ideas of others, but not take them as our own without fully researching the topic!

Amen, my friend!! We all need to ask for biblical counsel from those that we know, who know the truth. Giving opinion, I think, just lets you see things in another light. I love hearing what other people think about certain things, and it’s always fun to learn from the “family”. 🙂 Thanks for stopping by!

I heard about this and wanted to see it! Should have picked it up when I saw it the other day. This would be a great discussion movie to watch with a group of mine.

Make sure you enter to win, and then maybe you can get one! 🙂