“My Name is Paul” is a great story made into a new movie coming out on April 8th.  I got an email from Elliott with Edify Media about this new movie asking if I would watch it and blog about my review.  I was not financially compensated for this post. I received a sample for review purposes. The opinions are completely my own based on my experience.

My husband, son and I sat down to watch it one night and really liked it.  It’s definitely a new spin on the historic story!  The times are more of what we can relate to and some of the things happening are most likely actually taking place in some countries.  We need more eyes opened in this scary time on earth, when many of us are being questioned and threatened for our faith in God.  The actors in the film were great, it kept our attention…well, my husband fell asleep, but that was due to working hard on the job and not the movie.  He did see most of it and said he actually wants to watch it again, since he really liked the story.

Do you have any “Paul’s” in your life?  Is there anyone you know now that once was like “Paul” and now is on fire for the Lord?  I know that some people will think, “no way”, but just think about it.  Words against others are something even worse than the bullet, etc.  We have to make sure to live our lives as the “after” person and try out best to bring God’s Good News to the world before it comes to and end.

Be sure to check this movie out and let your friends and family know about it, too.  Also, enter below to win a copy, or pre-order it to get it quicker! 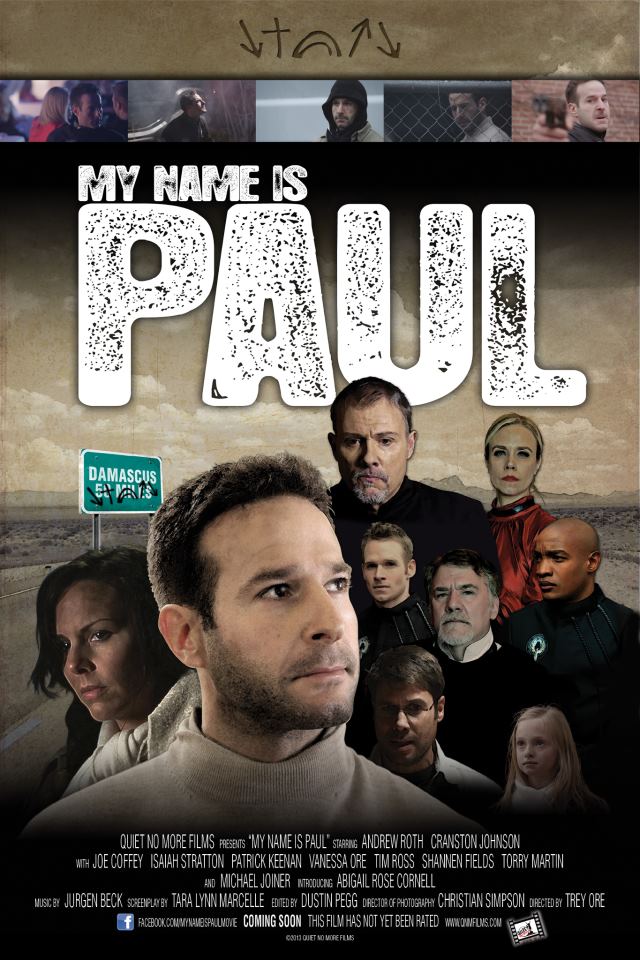 FAITH-BASED FILM “MY NAME IS PAUL”

TO ARRIVE ON DVD FROM WORD FILMS ON APRIL 8th

Nashville, TN – (February 4, 2014) – Word Films announces the March 11 DVD release of faith-based film “My Name is Paul” by producers Jurgen Beck and Vanessa Ore. The film, using the analogy of the Apostle Paul who started as a zealous persecutor of Christians, follows Paul’s hate-filled intentions to destroy Peter (the enemy of his leader) when an unforeseen accident and miraculous self-discovery lead him down a different path where he learns to live and love “The Way” (Christ). “My Name is Paul” stars Michael Joiner of “The Grace Card” and Shannen Fields of “Facing the Giants” and has been awarded the Dove “Family-Approved” Seal for ages 12+.

“If God can use a guy like Paul, who called himself the Chief of Sinners, what can He do with a guy like me or the person that watches this film,” said the film’s director Trey Ore. “Paul is one of the most referenced people in the Bible, yet many don’t know how ruthless this man truly was. I now have a better understanding of what grace is all about. So, if we can help even one person understand that we are never too far for God to reach us, this film was worth making.”

Ore continued, “After our first private screening of ‘My Name is Paul’ I was told how this movie spoke to a Vietnam veteran that had been haunted for the last 40 years by his past difficult missions and decisions. When this man saw how ruthless Paul was and that God still had a purpose for him, it gave him hope. He saw that God’s grace could cover even his transgressions.”

“From the moment I arrived on the set of ‘My Name is Paul’ I knew that God was present in a very special way…and sure enough these filmmakers have taken a small budget and made a film a hundred times greater,” said Michael Joiner. “I have seen the movie twice now and feel it is destined to be one of the greatest faith based films ever made. Not only creatively, but also in its ability to reach a hurting world for the Gospel. I am extremely blessed to have been a part.”

“My Name is Paul” takes place in an apocalyptic dark future where Paul is hate-filled and intent on finding and destroying Peter, a Christian and the enemy of his leader. In an accident he is blinded and Ananias, who follows “The Way,” prays for him. His sight returns taking him off his hate-filled course and he learns to live and love “The Way.” Now he has to find Peter but his former leader and the government against “The Way” conspires to use him to get to and destroy Peter and the movement.” 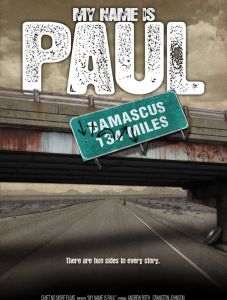 If this looks like a movie you would like, enter to win one here:
a Rafflecopter giveaway

Sounds like a great movie for family movie night!

I got this movie too the other day and i can’t wait to watch it!

Sounds like you enjoyed the movie. It’s nice to see independent movies getting support.

I will have to add this movie to my collection. My sister will also LOVE this movie. She may just be getting it as a little thinking of her gift.

I am not like Paul at all. I came to the Lord after a death in the family

Praise God that we’ll be able to see our family again Tara!!