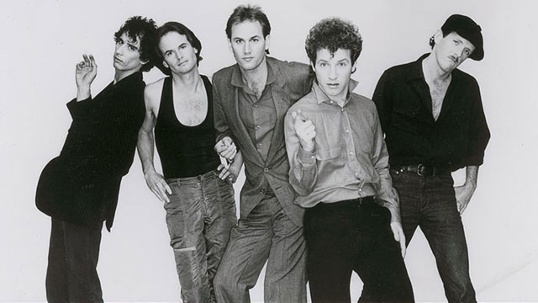 So to get on with this “Things That Brings Back Memories” blog post for this week, I’m going to pick “Jenny / 867-5309” by Tommy Tuntone, which was released in November, 1981.  This is one of those songs, that with the first few notes, you know exactly what will come from the speakers.  Great sound, great music and timeless!!  If you don’t know what I’m talking about, here it is:

The song “Jenny/867-5309” is one that most of us from the 80’s grew up with and could sing along to, with no problem.  I remember years ago, when I lived in California, there was guy in Pomona that had this exact number.  He always complained about people calling and asking for Jenny.  When asked why he didn’t change his number, he said “I had it first”!  Always cracked me up!

This is definitely one that is on the “One-Hit Wonders” list!  You really didn’t hear much from them after it got so high on the charts.  Back in the day, there were so many of those types of songs, and bands.  I remember watching VH1 awhile back and seeing like the top 100 “One-Hit Wonders”.  Of course, this song was on there, but I was just amazed at how many there were.

“Jenny / 867-5309” is a song written by Alex Call and Jim Keller and performed by Tommy Tutone that was released on the album Tommy Tutone 2, on the Columbia Records label. It peaked at #4 on the Billboard Hot 100 chart and 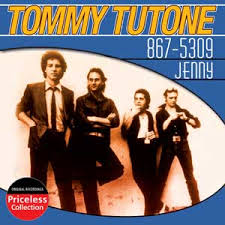 #16 on the Billboard Top Tracks chart in 1982.  The song caused a fad of people dialing 867-5309 and asking for “Jenny”.  The song is about a guy who gets Jenny’s number off the bathroom wall. He can’t work up the courage to call her, but thinks he can have her if he ever does. Songwriter Alex Call came up with it while sitting under a plum tree. He told us: “Despite all the mythology to the contrary, I actually just came up with the ‘Jenny,’ and the telephone number and the music and all that just sitting in my backyard. There was no Jenny. I don’t know where the number came from, I was just trying to write a 4-chord rock song and it just kind of came out. This was back in 1981 when I wrote it, and I had at the time a little squirrel-powered 4-track in this industrial yard in California, and I went up there and made a tape of it. I had the guitar lick, I had the name and number, but I didn’t know what the song was about. This buddy of mine, Jim Keller, who’s the co-writer, was the lead guitar player in Tommy Tutone. He stopped by that afternoon and he said, ‘Al, it’s a girl’s number on a bathroom wall,’ and we had a good laugh. I said, ‘That’s exactly right, that’s exactly what it is.’ I had the thing recorded. I had the name and number, and they were in the same spots, ‘Jenny… 867-5309.’ I had all that going, but I had a blind spot in the creative process, I didn’t realize it would be a girl’s number on a bathroom wall. When Jim showed up, we wrote the verses in 15 or 20 minutes, they were just obvious. It was just a fun thing, we never thought it would get cut. In fact, even after Tommy Tutone made the record and ‘867-5309’ got on the air, it really didn’t have a lot of promotion to begin with, but it was one of those songs that got a lot of requests and stayed on the charts. It was on the charts for 40 weeks.” 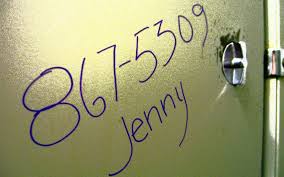 In some cases, the number was picked up by commercial businesses or acquired for use in radio promotions. 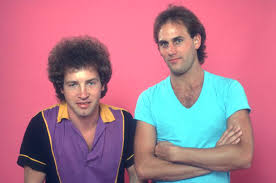 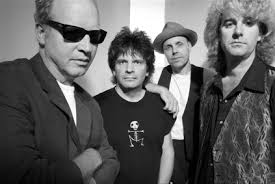 usually referred to as a San Francisco band, it was actually based in Willits, California, at the time that “Jenny” was released. The song became so popular that people in the United States to this day dial this telephone number and ask for Jenny as a prank. Regarding the famous number, “We had people threatening to sue us. It was the Buffalo Chief of Police’s daughter’s number in New York,” said frontman Tommy Heath.

Heath and Jim Keller founded the band in 1978, with Heath acting as the lead vocalist and rhythm guitarist, also playing keyboards on occasion; Keller playing lead guitar and supporting vocals. Heath and Keller were the only constant members of Tommy Tutone during the band’s heyday, and the lineup featured a rotating membership of bassists and drummers. Bassist Jon Lyons (original name Jonathan Lyons Terlep) who replaced original bassist, Terry Nails (Steve Jones, Ozzy Osbourne) was later replaced by Greg Sutton, Pete Costello, and Jimmy James. Mona Gnader, the bassist in Sammy Hagar’s Waborita band, played with the band as well. Original drummer Mickey Shine (Clover and drummer on the first Elvis Costello album) was replaced by Victor Carberry for the band’s second album. Carberry was in turn replaced with Jerry Angel. Joe Lamond played drums in the mid to late eighties. John Cowsill of The Cowsills played percussion (and sang) on “867-5309/Jenny.”  From 2001 onward, the band has consisted of Heath, James, Greg Georgeson (guitar), Andy Gauthier (drums), and occasionally Costello.

Tommy Heath became a computer analyst and moved to Portland, Oregon where he worked for a start-up called Cornerstone Revolutions, though he currently resides in Santa Rosa, California.  In 2007, the band signed a recording contract with Spectra Records.

Haha, that’s funny women used that number as a fake number! So many fun facts and history to know, thanks for sharing it!

Crazy, huh? Thanks for stopping by!

I remember this song and that same man complaining about people calling asking for Jenny!

Love the memories and laughs that a song can bring out! 🙂

Thanks for stopping by – sorry you’re going to be singing it forever!! ha/ha

I just heard this song somewhere! Great facts, I didn’t know some of them at all.

Back in the day, we just had the radio and the DJ telling us stuff. Now being able to find details online is fun!! 🙂 Thanks for stopping by!

I just love these throwback posts! It’s fun to reminisce, and now that tune is stuck in my head. The background on the phone number is fun. How crazy! Could you imagine all the wrong numbers you’d have to answer?

It would have drove me nuts!! I always say now with caller ID, we can’t have much of that fun anymore!! And, yes, my refrigerator is running!! 🙂

It’s so funny how songs bring back memories. Whenever I hear Dave Matthew’s, I think of college. When I hear Queen, I think of when we lived in Las Vegas because they overplayed Queen. Big. Time. Hehe – I love it all!

Amazing what music can make you remember!! 🙂 Love it!

The song Heaven from Bryan Adams reminds me of my high school dance!

Hopefully that was a good thing!! ha/ha

What’s funny is how popular this song is so many years later. I remember when it came out and the people who had this number had to change their phone number. It was on the nightly news. 🙂

I remember hearing about the music store in San Jose with the Jenny recording from my brothers way back in the day. Fun memories!

oh this song, used to stick in my head and make me nuts. lol I still sing it and I always wanted to meet Jenny

Love it!! My best friend is Jenny, so we always would ask her if that was her number!! ha/ha

My husband still listens to this song. Great info about the song.