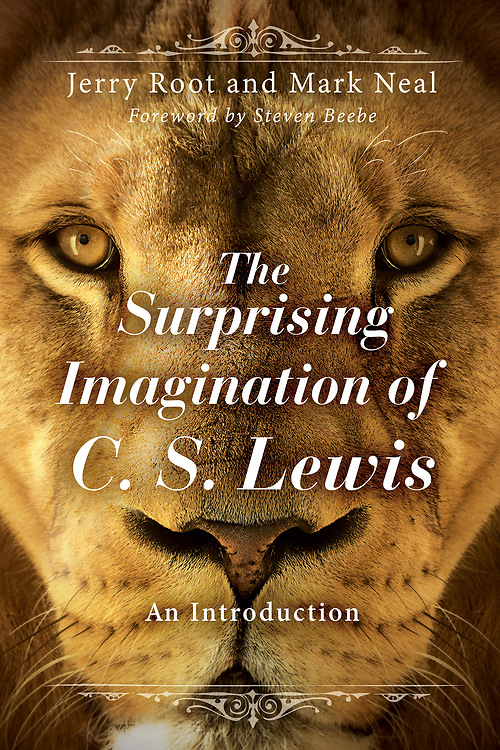 I received the “The Surprising Imagination of C.S. Lewis” book from Handlebar Publishing and couldn’t wait to start reading.  C.S. Lewis is one of those that still today is quoted about in sermons, teachings, and more.  Also, his books and movies are some that will never go out of style, and be enjoyed by families for many years.

The book was really interesting, seeing about how he used his imagination in different books that he wrote.  Seeing the many ways that he was able to pull from something simple and make it extravagant was amazing!!  I loved being able to feel as if I was sitting at the foot of his chair, listening to him explain some of the stories that he had written.  I’m sure that he was one that you could listen to for hours and go away feeling that you had been entertained, but also took pieces with you, that you had learned from.

I loved the quote on page 59, where it said, “I believe in Christianity as I believe the sun is risen, not only because I see it but because by it I see everything else.”  Wow – that is deep.  A lot of people have trouble with faith, due to not being able to see Jesus in person, but if we all live our lives as He leads us, they will be able to see Him in us!!

This is a great book for those that have learned from C.S. Lewis’ teachings in the past, read his books, seen his movies, or just want to get a different look at how faith can change lives!

Thank you to Julie from Handlebar Publishing for introducing me to the amazing story and for allowing me to share it with my readers!! 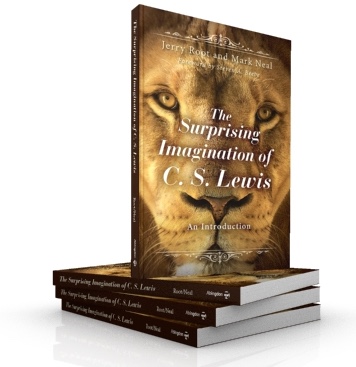 A fresh look at this Christian champion and master storyteller through his varied uses of imagination.

Narnia, Perelandra—places of wonder and longing. The White Witch, Screwtape—personifications of evil. Aslan—a portrait of the divine. Like Turkish Delight, some of C.S. Lewis’s writing surprises and whets our appetite for more. But some of his works bite and nip at our heels. What enabled C.S. Lewis to create such vivid characters and compelling plots? Perhaps it was simply that C.S. Lewis had an unsurpassed imagination. Or perhaps he had a knack for finding the right metaphor or analogy that awakened readers’ imaginations in new ways. But whatever his gifts, no one can deny that C.S. Lewis had a remarkable career, producing many books in eighteen different literary genres, including: apologetics, autobiography, educational philosophy, fairy stories, science fiction, and literary criticism. And while he had and still has critics, Lewis’ works continue to find devoted readers.

The purpose of this book is to introduce C.S. Lewis through the prism of imagination. For Lewis, imagination is both a means and an end. And because he used his own imagination well and often, he is a practiced guide for those of us who desire to reach beyond our grasp. Each chapter highlights Lewis’s major works and then shows how Lewis uses imagination to captivate readers. While many have read books by C.S. Lewis, not many readers understand his power to give new slants on the things we think we know. More than a genius, Lewis disciplined his imagination, harnessing its creativity in service of helping others believe more deeply. 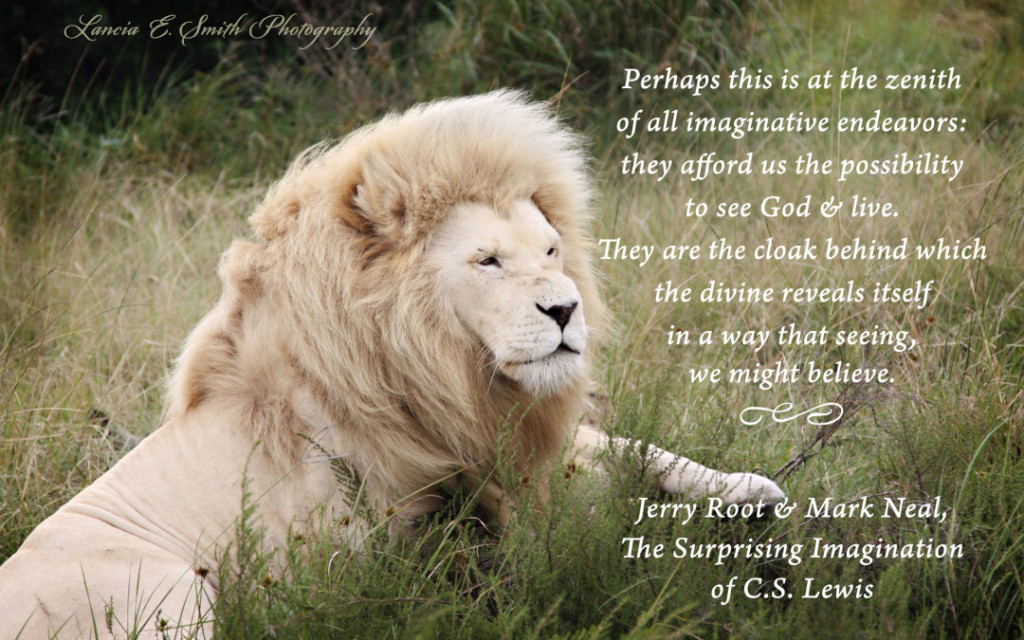 Get A Copy For Yourself:

Jerry Root Ph.D. was born and raised in Southern California. He came to Christ while a freshman at Whittier College through the ministry of Campus Crusade for Christ. While in college he played football and wrestled earning seven varsity letters. He was mentored at Granada Heights Friends Church and in 1978 was Recorded (the Friend’s equivalent to ordination) with the California Yearly Meeting. Later he was also Ordained in 1980 by College Church in Wheaton, Illinois. Jerry was a college pastor for 19 years at Granada Heights Friends Church in California, and College Church in Wheaton, Illinois. He served four years as senior pastor at Trinity Baptist Church in Santa Barbara, California. While in Santa Barbara he was the chaplain for the Santa Barbara County Fire Department.  Jerry has been studying C. S. Lewis and a constellation of subjects related to Lewis since 1970. Both his M.Div. thesis and Ph.D. dissertation were about C. S. Lewis. He has taught college and university courses on C. S. Lewis continuously since 1980. He has lectured on Lewis at 59 Colleges and Universities in 9 different Countries and has preached or lectured in 24 different countries and 32 states.  Currently he is an associate professor of Evangelism and Leadership at Wheaton College and also teaches in the Christian Formation and Ministry Department at Wheaton College where he has taught since 1996. Jerry has also been a visiting professor at Biola University and Talbot Graduate School of Theology since 1990. He is married to Claudia since 1975 and has four married children and eleven grandchildren.

Mark Neal is an author who lives and works in Chicago. He has previously published work on C.S. Lewis, though The Surprising Imagination of C.S. Lewis is his first book. His interests in Lewis include how the concept of sehnsucht (longing) shapes and defines our lives, the ways in which imagination functions as a form of knowing realities that can’t be known in any other way, and medieval cosmology. He has also published poetry and written about the effects of digital technologies on human culture and relationships. He has a bachelor’s degree in English literature and a master’s degree in education. Mark has had various careers in his lifetime, but he currently works as VP of digital marketing for C. Grant & Company, a marketing agency located in the western suburbs of Chicago working with higher education, nonprofits, business and publishing. He recently married his wife, Reba, and they live outside of Chicago, Illinois.

Thank you for writing this great review of our book!

You’re welcome, Mark – thank you for writing such a great book!! It was a blessing to be able to share!

Chelsea @ The Johnsons Plus Dog

Just love C.S. Lewis so I bet I would like this book. Thanks for sharing at the #HomeMattersParty – hope to see you again next week!

Author
Jamie
Reply to  Chelsea @ The Johnsons Plus Dog

His writings are always amazing. If you dig in, you can learn so much more! 🙂

I love C.S. Lewis. I remember the first time I read The Lion, The Witch and the Wardrobe.

My husband still has those books from years ago! 🙂

I love the works of CS Lewis as well. This book sounds wonderful and getting to read high lights of his major writings would be memorable to say the least.

I loved how it had a bit of definition of some of his writings. Sometimes you wonder what they could mean, and this book helps with that! 🙂

CS Lewis is the best. It will be fun to check this out since I’m a super fan!

It’s a great book to learn even more about his heart for writing! 🙂