I received the “Iesodo – Joy” movie from Elliott at Edify Media, Inc. and was asked to view them and then give my opinion.  I was not financially compensated for this post. I received a sample for review purposes. The opinions are completely my own based on my experience.

My family had watched some of the previous Iesodo movies and I reviewed those here.  We heard about this new one that came out and couldn’t wait to see it.  Even older kids like it and that includes me!! ha/ha  The story was based on Joseph & Mary’s trip, as she was expecting.  It was adorable to see it in a bird’s sense…I cannot imagine flying while almost ready to have a baby!!  The story has an great way to speak to kids in a way they can understand, and help them to feel God’s love in it.  This would be a perfect gift for Christmas, as a way to praise the Lord for sending His Son for us here on earth.

All of the Iesodo videos that we have watched have been great – I would definitely recommend these to any parent, school group or Sunday School for sure! 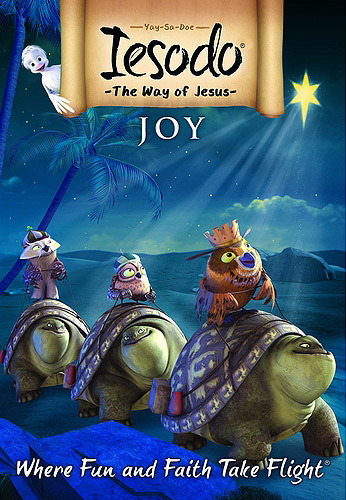 Los Angeles , California- Iesodo (YAY-sa-doe) is a highly acclaimed Telly Award winning series featuring a cast of animated birds who live in a Cypress Tree on the shores of Galilee. Presented with cutting edge imagery, Iesodo, which means “the way of Jesus”, is a wise and gentle dove that gives an allegory to the stories and messages of Jesus with “solid biblical teaching.” (American Family Journal). With each and every story, he and his lovable feathered friends “present the essence of the Gospel of Jesus Christ in a winsome, compelling way.” (MovieGuide.org).

Zaya Toonz, the animation company behind Iesodo, assembled a collaboration of animation experts with experience in both the children’s and Christian 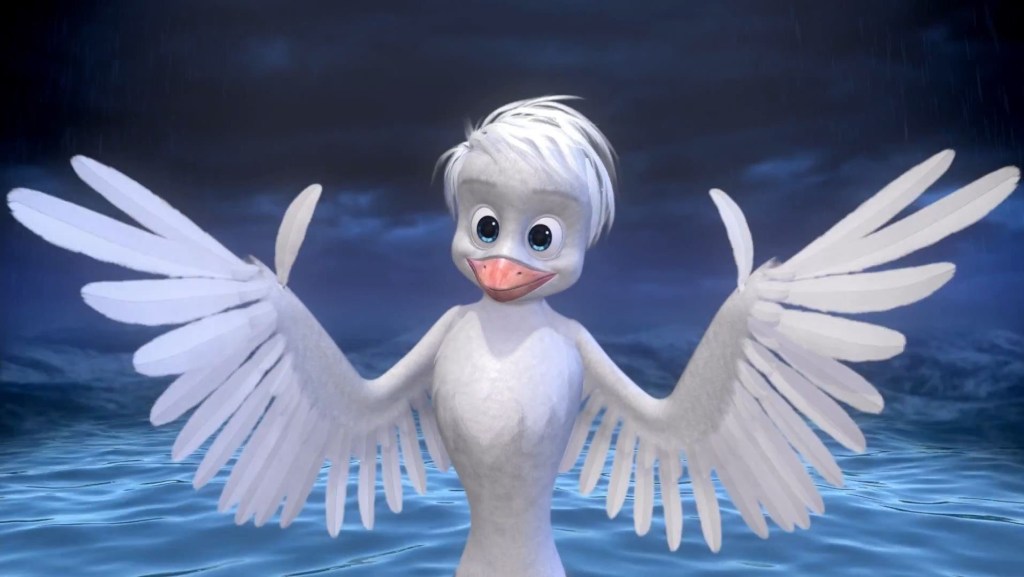 markets. Directors for the series include Brian E. Ray whose credits consist of “Muppet Babies,” “My Little Pony Tales” and “Ed, Ed, and Eddy,” as well as Colin Brady, whose credits include “Toy Story,” “Toy Story 2” and “A Bug’s Life.” Brady also served as the former animation supervisor for Pixar Animation Studios. Producer Eric S. Rollman, President of Rollman Entertainment, formerly served as President of Production for Fox Kids and Marvel, and writer/producer Rob Loos is an Emmy Nominee and writer/producer for “McGee and Me,” “Christmas Lamb,” “Kids 10 Commandments” and “Touched by an Angel.” The “Iesodo” series also features the voice of Erin Bethea (“Fireproof,” “Amazing Love”) as Maggie. For more information, visit http://www.iesodo.com.

JOY DVD SYNOPSIS (Yay-Sa-Doe) is a wise white dove whose name means “The Way of Jesus.” He and his feathered friends bring your favorite New Testament stories to life in a whole new way including this special re-imagining of the Nativity story. Let your heart take flight and tweet along to holiday carols and all-new songs!

Festivities are in full swing as the flock prepares to celebrate Iesodo‘s birthday! The Cypress Tree is decked out with holly berries and excitement is in the air. Everyone gathers as Rocky shares the incredible story of Iesodo’s birth.

FULL SERIES: Iesodo (YAY-sa-doe) is a wise white dove whose name means “The Way of Jesus”. He and his feathered friends bring your favorite New Testament stories to life in a whole new way. Iesodo (pronounced Yay-Sa-Doe) and his friends live in the Holy Land, in a beautiful Cypress Tree on the shores of a vast Lake (or as we know it, the Sea of Galilee). These birds are an unlikely group of friends, and though they have their differences, they have one thing in common: since they met Iesodo, their lives have never been the same. Now they’re out to spread his message of hope to the entire bird world!

Head over to http://www.iesodo.com/fun-games/ for some fun things to do as a family.

Jared Hankins: Executive Producer: Hankins is the inspiration behind the project. Passionate about entertainment that connects with a wide audience, Hankins is excited about the opportunity to offer a faith-based video series that presents the story of Jesus in a compelling way for the whole family. Hankins directs and produces high quality commercials, productions and promotions, is the founder of Rizon Media in Little Rock, AR & COO of Kombine Media in Burbank. You can learn more about Kombine Media at www.kombinemedia.com and Rizon Media at www.rizonmedia.com.

Eric S. Rollman: Producer: Rollman brings much experience in kids’ and family based entertainment to the Iesodo team. The former President of both Saban/Fox Family Productions and Marvel Animation is accredited on over 8,000 hours of television and movies, including Power Rangers, The All-New Captain Kangaroo, Iron Man, Spider-Man and The Avengers. In 2010, he founded Rollman Entertainment, Inc. which continues to focus on his areas of core strength and experience for major corporate brands including Seaworld, National Football League and Lionsgate. Find out more about Rollman Entertainment, Inc. at www.rollmanentertainment.com.

Rob Loos; Writer/Producer: With a long and illustrious career, Loos has extensive experience in both the faith-based and children’s entertainment market. He has been responsible for bringing high quality content to the market with great success including McGee and Me, Kids Ten Commandments and The All-New Captain Kangaroo, He’s worked on multiple projects alongside Eric Rollman and is thrilled to have the opportunity to team up with him again on this groundbreaking series.  He is an award-winning television writer, director and producer with Rollman Entertainment, Inc., serving as both writer and producer of “Iesodo.” In addition to his work on “Iesodo,” Loos is also story editor and co-producer of the Emmy-nominated “NFL Rush Zone.”  Loos served as writer/producer for “Touched by an Angel,” “The Christmas Lamb” and “Kids 10 Commandments.” The mini-movie kids’ series, “McGee and Me,” also produced by Loos, sold over 5 million copies and earned 12 Gold and 12 Platinum Awards.

Enter to win one here:

I, Jamie Tomkins, own and operate TigerStrypes Blog located at www.tigerstrypes.com. From time to time you’ll hear about my real life experiences with products and/or services from companies and individuals. Let it be known that I have no affiliation with these said companies, and have not received compensation for reviewing their service/product. The service/product was purchased by myself with either monetary means, points, or coupons. No portion of the product/service was given to me by the company or any agents of the company. The review that I give regarding the product/service is based off my own personal experience, I do not guarantee that your experience will be the same.

My boys who are 6 and 7 would enjoy this movie.

My kids would love this movie! They love learning about Bible stories, and of course anything with animals in it is a winner!!

This sounds like such a cute movie. I love movies that the family can watch.