“I received the Hop To The Music pack as a member of the Entertainment New Media Network. No further compensation was received and all opinions are my own. This post may also contain affiliate links.”

This spring, get ready to “Hop to the Music” with your favorite Disney Music albums! 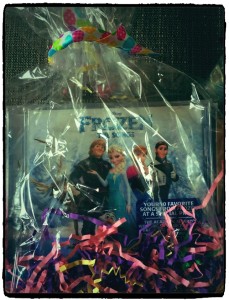 I was so happy to open the mail the other day, and find this great package from Disney Music Emporium!! It was such a delight to receive some of their greatest CD’s.  All of this is so perfect for the Easter holiday coming up, what kid (or adult) wouldn’t enjoy a gift of Disney music?  Seeing it wrapped in such a fun way, with the cute shredded paper, this would be great for your child to find in their Easter baskets.  Might even want to throw a hint to your husband to put one in yours, too! 🙂

The music was great, and had so many different styles – I loved that!! You know when you buy that CD and almost every song sounds the same?  Well, with these, you don’t even have to worry about it.  All of the selections are great and ones that you can rock out to, relax with and enjoy with your kids.  I could so see adding some of these to your MP3 player and having a Disney Music party in the car, or wherever you could plug it in!!

The sound of every one is awesome, the artwork on the cases is adorable and like all of anything Disney, they will be something that can be passed down and enjoyed by so many generations to come!!

Here are the great CD’s that I was blessed to receive:

Whatever the precise plot machinations that led Guardians of the Galaxy to rely so heavily on the Super Hits from the ’70s doesn’t quite matter when it comes to regarding the soundtrack. Here, the record works as a sampler of soft rock and other hits that are familiar not only from exposure on the radio, but also their use in movies. “Hooked on a Feeling” played a pivotal role in Reservoir Dogs, “Spirit in the Sky” opened up Miami Blues, “Fooled Around and Fell in Love” was in Boogie Nights, and “Escape (The Pina Colada Song)” has been in countless films and TV shows — as has almost everything else here with the possible exception of David Bowie’s “Moonage Daydream,” which touches upon the space age futurism of this comic book caper. The expanded double-disc set has a second CD containing Tyler Bates’ big, sweeping score, but it’s the “Awesome Mix” offers a nostalgia trip that’s potent even if you’ve never seen the film. 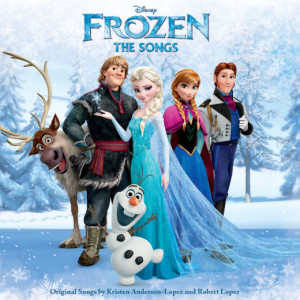 The soundtrack to Disney’s animated musical Frozen leaves behind the instrumentals, and offers only the featured songs. These songs, written by Robert Lopez and Kristen Anderson-Lopez, are the heart of this great movie, which has appealed to so many fans since its release. The powerful performances from many leading ladies, including Kristen Bell and Idina Menzel, as well as Demi Lovato’s single of the enormous hit “Let It Go,” help to make this CD a great piece, worth owning and sharing with your family and the generations to come. 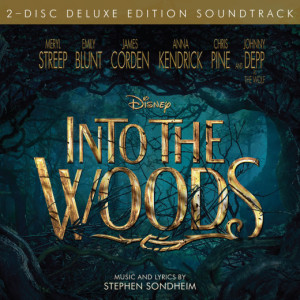 Into The Woods (Deluxe Edition) features 20 songs from the film and the score, which includes songs from the original stage musical, ‘Finale/Children Will Listen,’ ‘Giants in the Sky,’ ‘On the Steps of the Palace,’ ‘No One Is Alone’ and ‘Agony,’ among others. The movie, that starred Meryl Streep, Emily Blunt, Johnny Depp, and more is a modern twist on several beloved fairy tales, intertwining the plots of a few choice stories and exploring the consequences of the characters’ wishes and quests. This humorous and heartfelt musical follows the classic tales of Cinderella (Anna Kendrick), Little Red Riding Hood (Lilla Crawford), Jack and the Beanstalk (Daniel Huttlestone), and Rapunzel (MacKenzie Mauzy), all tied together by an original story involving a Baker and his Wife (James Corden and Emily Blunt), their wish to begin a family and their interaction with the Witch (Meryl Streep), who has put a curse on them.

“If it comes to this blogger’s attention that the winner of this giveaway has won on an additional blog for this same prize, this blog reserves the right to choose another winner”

Thank you for hopping to this music giveaway from “Disney Music Group”, I hope that you are the winner! Disney will send prizes directly to you within 4-6 weeks.

Find out more about the “Disney Music Emporium” here:

I, Jamie Tomkins, own and operate TigerStrypes Blog located at https://tigerstrypes.com. From time to time you’ll hear about my real life experiences with products and/or services from companies and individuals. Let it be known that I have no affiliation with these said companies, and have not received compensation for reviewing their service/product. The service/product was given to me by the company or any agents of the company. The review that I give regarding the product/service is based off my own personal experience, I do not guarantee that your experience will be the same.

The only movie I have seen is Guardians of the Galaxy, I liked all the songs.

I still love “Love is an Open Door” from Frozen.

Stopping by from EMNetwork to share and show your giveaway some love. Loving the blog by the way, I am bookmarking to check out more later!

I’ve watched Guardians and Frozen and love their soundtracks!!

Such an awesome collection of great music!

This is great music. My kids love frozen.

Seen them all, and isn’t “Let it Go” still stuck in everyone’s head, lol 🙂

The Let it Go song from Frozen is forever engraved into my mind….lol!

Isn’t that crazy Jeanna?? I actually found this version that goes with how I feel! ha/ha

I loved the music in Guardians of the Galaxy! Plus of course we are still singing the Frozen soundtrack 🙂