*DISCLAIMER: I received this DVD from FlyByPromotions and was asked to read it and give my opinion.

I got an email from FlyByPromotions about the movie “Holy Ghost” and was asked to watch it and give my review on it by way of blog post.  I didn’t know what it would be about, or who was in it, so I didn’t have any previous opinions on this film.  After watching it, I had differing opinions on it.  There were parts that were great and amazing to see how God worked and used this to teach people.  Then, there were some that really made me wonder.  I even felt led to get a second and third opinion on it from some of my CL’s in GMO.  For those that don’t know, I’ve been a Community Shepherd with Global Media Outreach for many years.  This ministry uses the internet to further God’s Word and teaching to those that either cannot go to church, have not been taught, etc.  I have people that I watch over, who are called Community Leaders (CL’s) that are some I trust very much and am blessed to call them friends.  I took some of the parts that made me question, and asked their opinion, which I will share in a bit.

There were many parts to the movie.  The “cast” hadn’t set anything in a script, per se, and were just going on what they were told to do by God.  Being led by the Holy Spirit is a very important thing in today’s world and many more need to remember how important that third part of the Trinity is.  Like one of the people in the film said…”In today’s church there seems to be a silent divorce between the Spirit and the Word”  This seems to be something I myself have seen.  Some only felt led to do certain things when they read it and others when they feel it from the Holy Spirit.  Like he said, both of these are completely necessary in your walk of faith.  There shouldn’t be a “Church of the Spirit” vs. “Church of the Word” in the world today.  All of those need to be pieced together to be fully understood.

The part that didn’t ring true to me was at the beginning when they felt led to visit Salt Lake City.  A few of the guys were on the street and when they felt led to talk to a guy and started talking about being haunted, etc.  The one guy said “I can heal you”….ummmm, no you can’t, it is God who does the healing!!  He then decided to make the guy “feel” a certain thing, which to me looked like the magician David Blane on the street asking if they could see him hover there, do you know what I mean?  It is only God who does any of these things, no man, no woman, etc. can heal anyone, it’s all God.  Now granted, there are doctors that help, etc., but true healing comes from the Lord.  For them to say can I (emphasis on “I”) heal you, that right there makes me wonder.  I know after they talked about it more, they said that God was doing all of the things, but if I was a non-believer, I would wonder if it was possible to be done by a person..  Myself, as someone who does believe in God and follows Him strongly would be a bit more comfortable, but someone who doesn’t believe could be scared to meet someone saying those things.  I asked a few of my GMO CL’s, like I said before and let them view that part and the trailer, etc. and got these opinions from a few of them:

The clip with the healing makes it seem like this is not much of a Christian movie. The guy is saying that “he can take it away” and clearly not pointing to Jesus Christ being the one that takes away the issue. There is no sense of repentance within what they are saying. I am not sure this is the kind of movie that I would go to see or even rent… (MD)

In my opinion, the works are to be done in the name of Jesus, not the Holy Spirit.  In the ’80’s, many of the church people were demonized and demonically oppressed through emphasis on the Holy Spirit over Christ. I believe in the work of the Holy Spirit. Christ isn’t proven by “sensations of feelings” but by being called by God and given faith to believe.  (SA)

Now with all of those opinions, I feel that how I felt was correct. You might not see it the same way, and that’s fine.  Just in the way that I’ve been taught, some of these things just don’t go over well.  The rest of the movie had some great things in it.  Being told by the Spirit to go to a certain place at a certain time, and then having the owner of that business just show up out of nowhere, and come to find out needed the Lord, that was amazing…and totally a God thing!! And hearing the story of the guy who plays in the band with Brian Welch, that was awesome, too.  However, I still wonder how the two of them can be a part of a band that promotes some of the things that it does.  I know they feel it’s a way to reach some that would in no other way be reached, but in my heart, it just seems wrong.  One part that was said was “It’s not about religion, it’s about Jesus”, and that part I completely agree with.  We shouldn’t be so set on a “religion” that we lose focus of the Father, the Son and the Holy Spirit, which are the most important!

For an overall story, this movie was…okay.  It wouldn’t really be one that I would pay to rent or buy and due to how I feel, I won’t be hosting a giveaway on this title.  I usually always give away a copy of the movie or book I review, but something in my heart says not to do that with this one.

Once again, all of these are solely my own opinion, and if you saw it, let me know how you felt about it.  I might just be seeing something in a different way and would love your comments on it.  Darren Wilson who is behind this film seems like a really great guy, I hope that he can soon come out with another movie that is one that I would be happy to offer as a giveaway to my readers. 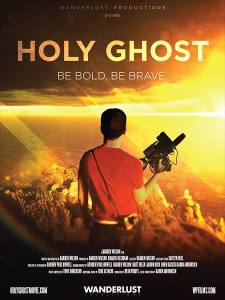 Can the Holy Spirit direct a movie? In this fast-paced documentary from the director of Finger of God, Furious Love and Father of Lights, Darren Wilson sets out to make a movie that is completely led by the Holy Spirit. No plan, no script, no safety net – just go wherever he feels the Spirit leading him to try and discover the adventure God has for him. Whether its the riches of Monte Carlo, a heavy metal concert, or the oldest city in the world, the result is a film that not only challenges and excites, but also reveals a God who is far more alive and active than you ever imagined.

While we understand that the more modern term for the third member of the Trinity is typically “Holy Spirit”, Darren did not want to use that title for a few reasons. He did want to keep the name of the Holy Spirit front and center in the title so no one would have any question as to what the film was about, but chose to go with “Holy Ghost” in large part due to the overall point of the film.

Early on in the film Darren claims that his desire is to “make God famous.” He is simply stating that this film is looking to reclaim some of the reputation that has been tarnished regarding the Holy Spirit over the years. Holy Ghost is an older term, one associated with old time religion, tent revival meetings, and perhaps a more primitive view of God and grace. By making this the title, we want to put a new spin on an old concept. Bring something fresh to something that, for many, seems outdated and archaic. In essence, it is a somewhat ironic title, and one with a fair amount of tension in it. But we believe that tension is a necessity of all great art, and therefore, Holy Ghost it is.

In Darren’s own words: “Growing up in a fairly traditional evangelical church and community, I always viewed the Holy Spirit as this almost unknowable, vapor-like being that I could never relate to. But if He is truly a Person of the Trinity, then it stands to reason that the Holy Spirit has a personality, and that is ultimately what I want to explore in this new film. Can we take away some of the mystery and honestly explore who He really is? Can we be honest that some of the church has wholly ignored Him, while some of the church has been somewhat abusive with Him? Can we cut through much of the misunderstanding and fear people have of the Holy Spirit, and learn to embrace Him no matter what might come out the other side? Can we learn to truly partner with the Holy Spirit in love, power, and grace for a world that is dying for something real? That’s what we’re going to try to accomplish with this film.” 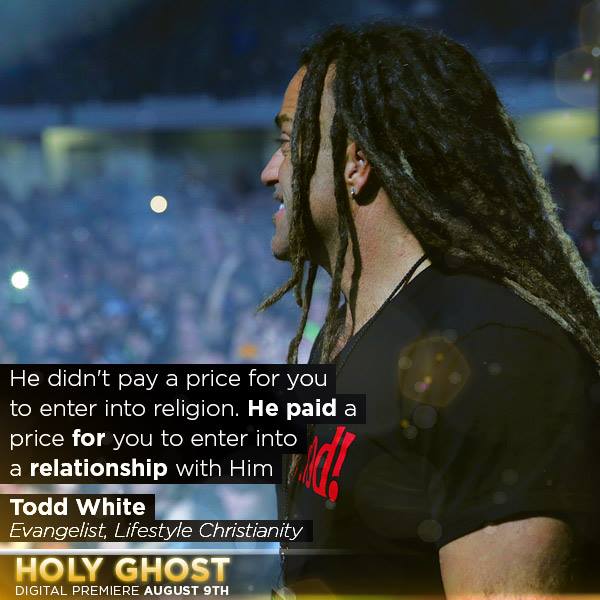 About The Production Company 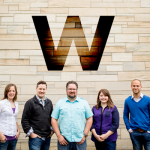 Wanderlust Productions was founded by Darren Wilson in 2006 when he began work on what would become his first feature length film, Finger of God. The company currently concentrates on creating feature films that are both creatively exciting and spiritually engaging.

Find out more about them here:

“Disclosure (in accordance with the FTC’s 16 CFR, Part 255: “Guides Concerning the Use of Endorsements and Testimonials in Advertising”): Many thanks to Propeller Consulting, LLC for providing this movie for my review. Opinions are 100% my own and NOT influenced by monetary compensation. I did receive a sample of the product in exchange for this review and post.”