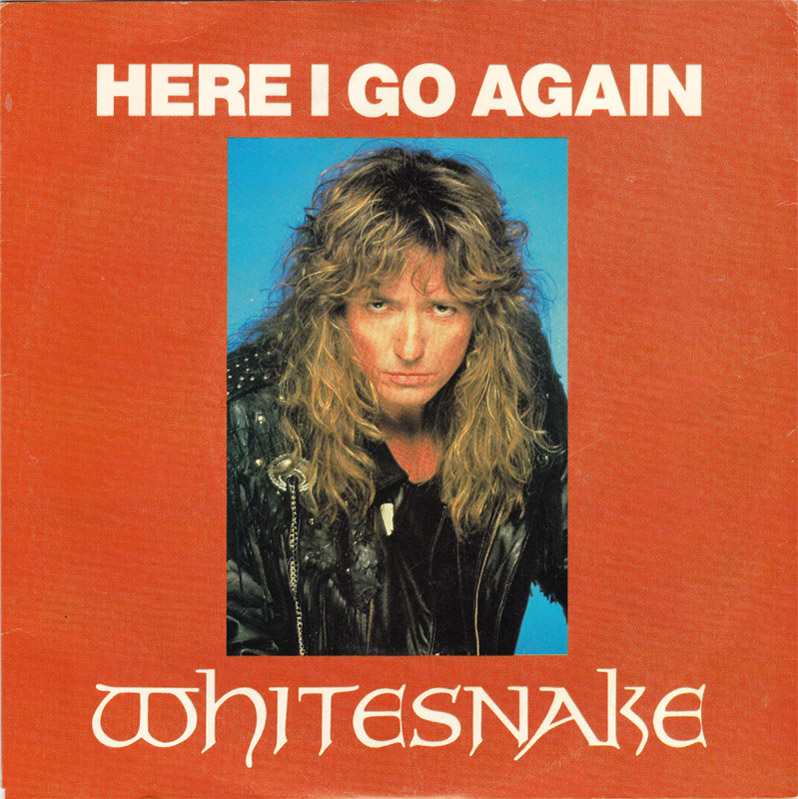 So starting on this beautiful Monday of the week, I’ll give you a little look into my life and past with “Things That Brings Back Memories” for me.  This Whitesnake song Here I Go Again is one that most of us from the 80’s remember all so well.  I remember watching this video all of the time when Headbanger’s Ball was on MTV back in the day.  Yeah, that’s when MTV actually had music…amazing, huh?  Have you ever heard of this song?  Check it out here:

Things That Bring Back Memories - Who remembers Here I Go Again by @davidcoverdale? #MondayMemories Click To Tweet 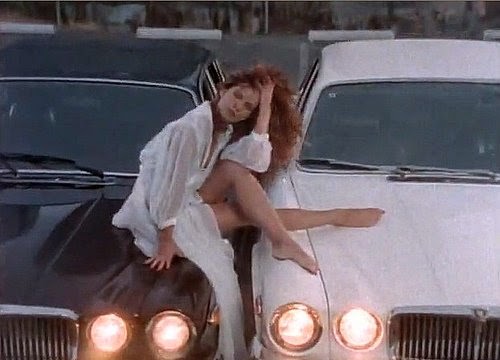 Here I Go Again is a song by British rock band Whitesnake. Originally released on their 1982 album, Saints & Sinners, the power ballad was re-recorded for their 1987 self-titled album. The song was re-recorded again that year in a new “radio-mix” version, which was released as a single and hit number one on the Billboard Hot 100 chart on 10 October 1987, and number nine on the UK Singles Chart on 28 November 1987. The 1987 version also hit number one on the Canadian Singles Chart on 24 October 1987. In 2006, the 1987 version was ranked number 17 on VH1’s 100 Greatest Songs of the ’80’s.

The song was written by the lead singer, David Coverdale, and former Whitesnake guitarist, Bernie Marsden.

The first music video was made for the original 1982 version. It starts with Coverdale sitting in a concert hall seat and singing the first verses. The video continues as a lip synced “live” video showing the 1982 line-up (Ian Paice who was drumming for the recording is replaced by Cozy Powell) of Whitesnake performing the song.

The music video for the re-recorded version was directed by Marty Callner, who directed most of Whitesnake‘s videos in the 1980’s. In the video actress Tawny Kitaen is seen posing on the hoods of two Jaguar XJs and seducing Coverdale while he is driving. Kitaen and Coverdale would later marry.

Due to Coverdale firing the other members of the band before the album was released, he is the only Whitesnake member present on both the recording and in the music video; this was the case for all music videos released for songs from the 1987 album.

I about lost it when I saw the recent Walmart commercial.  It’s always so weird to hear music from my past being reintroduced…or played in an elevator. 😛  Check this out: 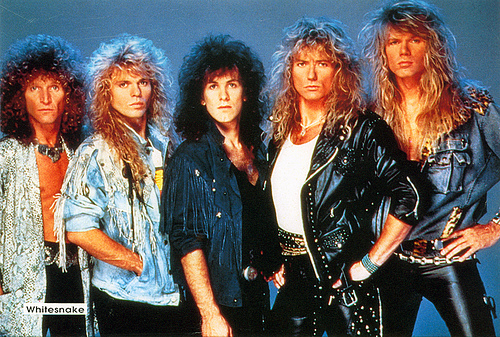 Whitesnake are a rock band formed in England in 1978 by David Coverdale, after his departure from his previous band Deep Purple. Their early material has been compared by critics to the blues rock of Deep Purple, but they slowly began moving toward a more commercially accessible rock style.  By the turn of the decade, the band’s commercial fortunes changed and they released a string of UK top 10 albums, Ready an’ Willing (1980), Come an’ Get It (1981), Saints & Sinners (1982) and Slide It In (1984), the last of which was their first to chart in the US and is certified 2x platinum.

The band’s 1987 self-titled album was their most commercially successful worldwide, and contained two major US hits, “Here I Go Again” and “Is This Love”, reaching number one and two on the Billboard Hot 100. The album went 8 times platinum in the US, and the band’s success saw them nominated for the 1988 Brit Award for Best British Group.  Slip of the Tongue (1989), was also a success, reaching the top 10 in the UK and the US, and received a platinum US certification.  The band split up shortly after this release, but had a reunion in 1994, and released a one-off studio album, Restless Heart (1997).

Whitesnake officially reformed in 2002 and have been touring together since, releasing three studio albums, Good to Be Bad (2008), Forevermore (2011) and The Purple Album (2015). In 2005, Whitesnake were named the 85th greatest hard rock band of all time by VH1. 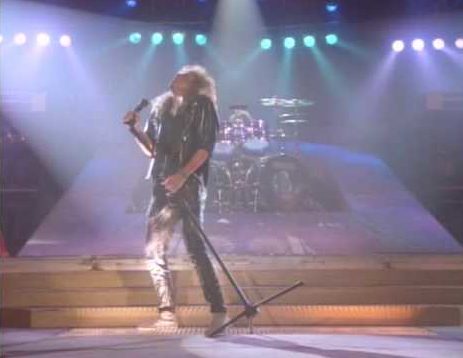 I loved that song! I did not know it came out in 82, only that it was star status in 87. I went to see the band in 2015 and they still rock! The audience was a bit older but hey so am I. This is the first I have seen of that Walmart ad video, love it!

I like it when the audience is older, they are a bit more respectful and sometimes less screaming, so you can actually hear the music! 🙂

I don’t remember them. However I listen to mostly Country. I bet my husband would know them.

That’s why there are so many genres, which is awesome!

Not only do I remember them, we danced to their music in high school. Thanks for the random memory!

Isn’t that crazy to think back about those times? I remember cruising with friends, blaring this music! 🙂

I never heard of this group or this song–but then my memories are more from the 60’s, 70’s and 80’s. They did not do videos back then!! I remember walking through the halls at my high school and everyone either singing or humming the song Michele by the Beatles–Lord I hated that song–at least back then–now I actually kind of like it!

I love it! It’s funny how some popular tunes to some seem like junk! 🙂