Skip to content
Thank you Icon Media Group for partnering with me on this Champion blog post & the great giveaway! 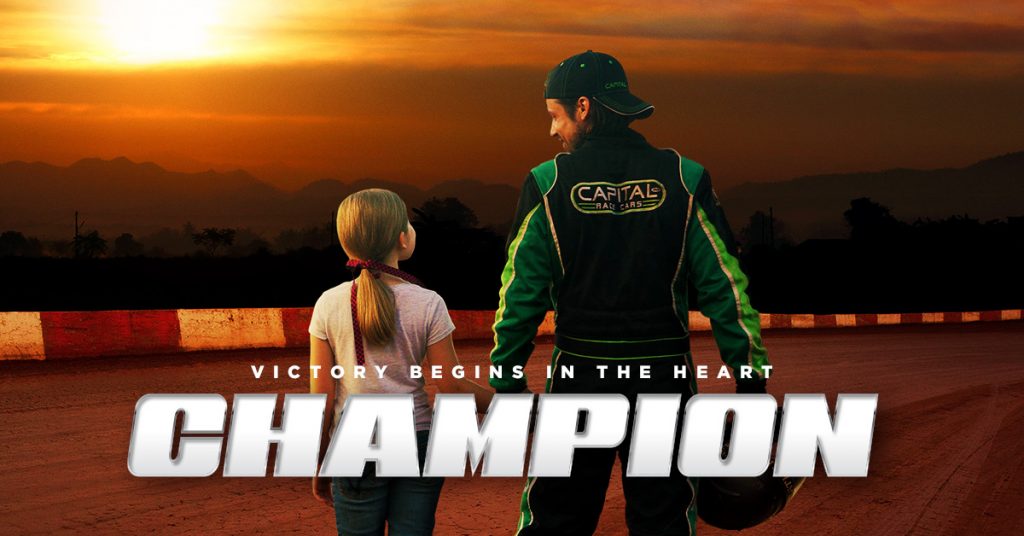 Victory Begins in the Heart – Champion Movie Review
#ChampionMovie #Forgive
I received a link to the Champion movie that is coming out soon, and was able to watch it with my family and really loved it! When I saw that it was going to be about racing and God, I knew it was going to be great! I wasn’t really sure exactly what the story would be about, but seeing the whole movie made you laugh and cry. It also made you realize how important family is, God’s grace and forgiving others.

Just like it says in Ephesians 4:32, “Be kind and compassionate to one another, forgiving each other, just as in Christ God forgave you.” 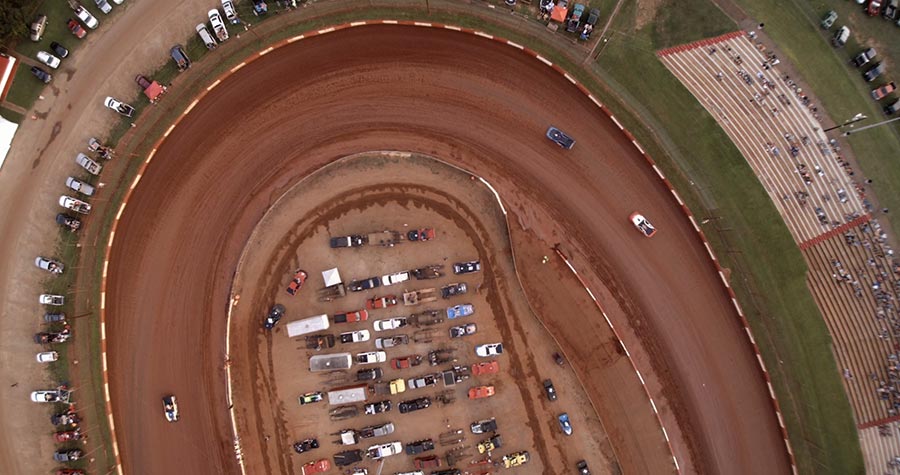 If the Lord can forgive me for all of the bad things that I’ve done in my life, than I’m sure I can use His strength to forgive someone else. It might not be easy and it might not happen fast, but if you let the Lord work through you, it will allow you to move on. One of the guys of the movie I heard in one of the “Making of the Movie” videos said that a lot of the times, being upset and not forgiving someone is like you drinking the poison and then watching them to see when they die. One of those lines that doesn’t make sense, but then makes perfect sense, if you’ve been there.

We’re only on this earth for a certain amount of time. Let’s use that time to be a Champion for Christ and let everyone know that through His love, we can conquer anything. Let’s have the words of 2 Timothy 4:7 when we come to that checkered flag of life….”I have fought the good fight, I have finished the race, I have kept the faith.”

I definitely recommend this movie to anyone. There are different walks of life, different ages and a lot of trials that are dealt with. It’s a great one to talk about with the family and see how they feel about certain things. You can even go to their website and sign up to receive the 40 Days of Forgiveness daily devotional from now until the release of the new movie CHAMPION. You will receive a daily devotion by email as well as information about the movie. Click the picture below to find out more: 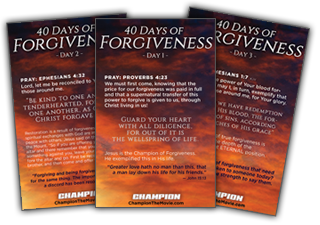 About the Champion Movie:

In the supercharged world of dirt track racing, a single mistake causes the lives of two men to change forever. One must fight for his family, the other must fight to forgive.

Dirt track racer Sean Weathers was at the top of his game…an unstoppable career, scores of fans, and an adoring daughter. When a rivalry with another racer turns personal, the ego that propelled him to success causes a tragedy, sending his life into a tailspin.

Jack Reed was attempting to make up for past mistakes. He had prospered as a businessman but failed as a family man. In a sudden turn of events, his chances for reconciliation are ripped from his grasp.

Sean and Jack’s lives collide, and an unexpected bond forms between them. Working through a painful journey of healing together, they each learn about second chances and the true freedom only forgiveness can offer. 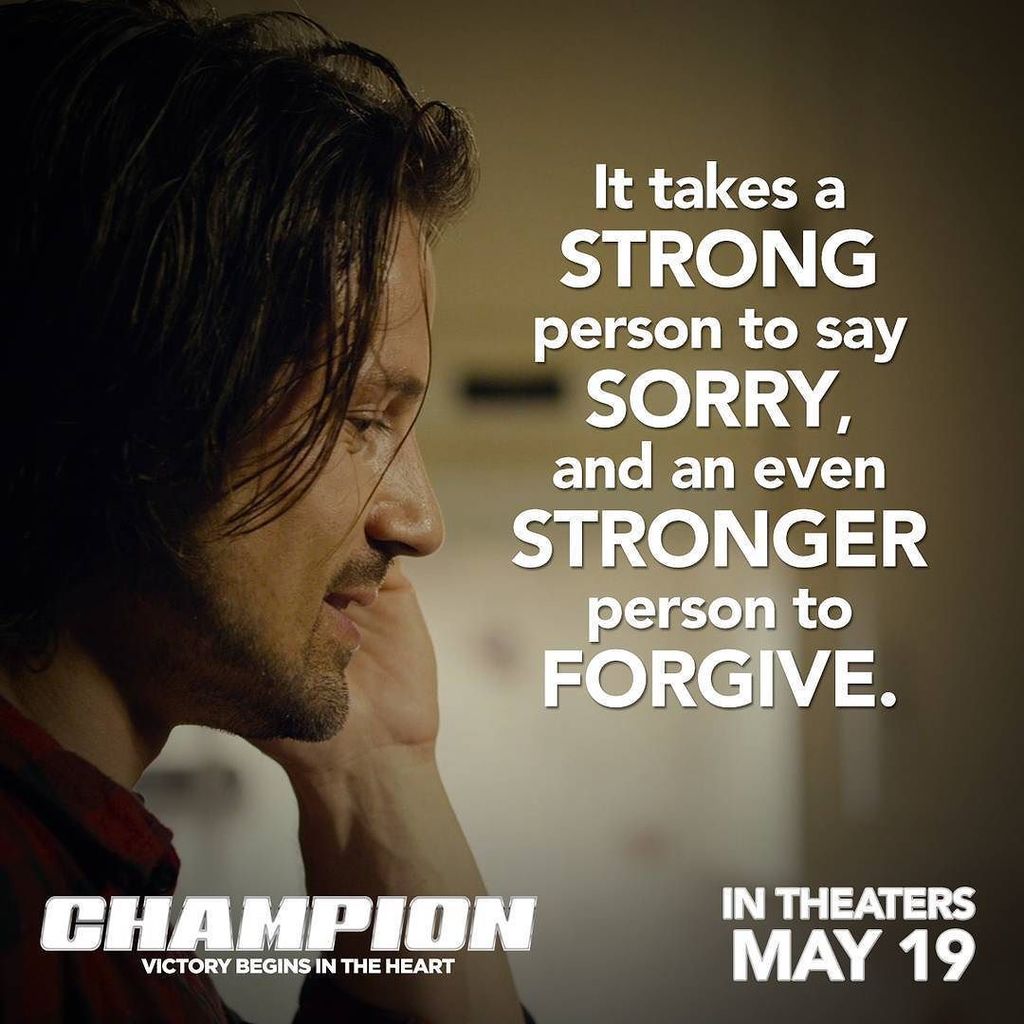 Andrew Cheney (Sean Weathers) – Andrew Cheney is best known for his leading role as William Reynolds in the 2015 American Christian historical action-adventure film BEYOND THE MASK. His feature credits also include FOURTH WORLD, SEASONS OF GRAY and 77 CHANCES. Andrew was married to his Beyond The Mask co-star Kara Kilmer in 2016, they currently reside in Chicago, IL.

Faith Renee Kennedy (Gracie Weathers) – Faith-Renee is consistently described as a rare, ‘old soul’ child actress, leaving a lasting impression wherever she goes. Being on set, on stage or in front of a camera or microphone makes her come alive. A native of Georgia, Faith had her breakout role at the young age of 7 as Alice on Sundance TV’s original series, RECTIFY. She likes hanging out with her friends, dancing, reading, writing stories, swimming, doing crafts and riding her scooter. She also recently won 1st place in the IT FACTOR Talent show in Atlanta out of over 65 contestants. A commercial that she was the lead in for In Touch Ministries won the NRB Best Television Commercial for 2013. She also won the award of ‘Most Likely to Be Famous’ by The Actor’s Scene (TAS) in 2013 and again in 2014. She won Best Eye Acting in 2012.

Gary Graham (Jack Reed) -Gary Graham was born in Long Beach, California. One of his earliest roles was in the 1980 CBS mini series SCRUPLES based on the Judith Krantz novel. He was also cast on the television show MOONLIGHTING co-starring opposite Bruce Willis. He may be best known for his starring role as Detective Matthew Sikes in the television series ALIEN NATION (1989–1990). Star Trek fans probably know him best from his more recent guest-starring roles on STAR TREK: ENTERPRISE as the recurring character Ambassador Soval. He has played more than 38 TV roles and has also been in more than 40 movies. 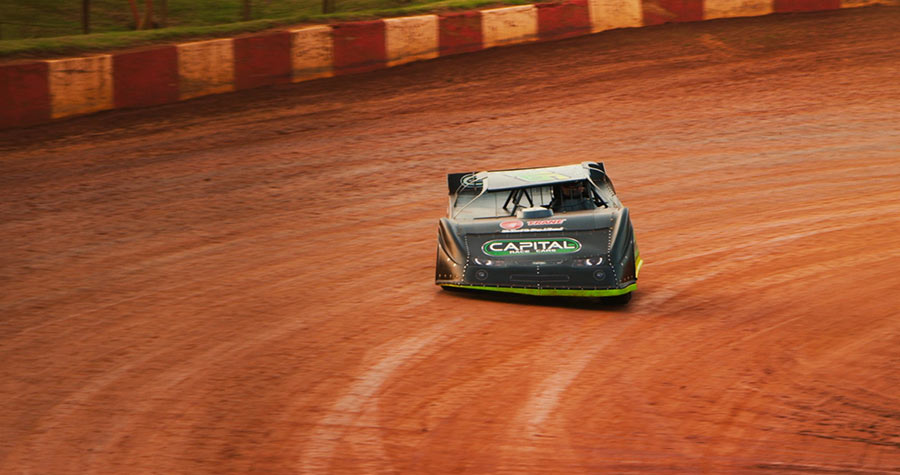 […] is Being Released on DVD#ChampionMovie #ForgiveIf you remember my post from awhile back about the Champion movie review, than you’ll be familiar with this story.  The movie is now coming out on DVD and will be […]

Amen to that Shelley!

I love movies that incorporate our faith and values. I’m adding this to our list to watch.

This movie is amazing! Even great to take friends who don’t have faith….yet! 🙂

It definitely was a great movie – so many wonderful people and teachings for the one watching.

These are my kind of movies, that incorporate God and wholesome values into them. Thank you for sharing!