So to get on with this “Things That Brings Back Memories” blog post for this week, I’m going to pick Word Up by Cameo, which was released in 1986.  If you don’t know about the song that I’m talking about, here it is:

The song Word Up is one that I still have on my MP3 player in my car.  I think no matter what your normal groove for music is, this one will always make you want to sing along and dance!  Did you ever listen to this song?  What did you think of it?

More Info on the Word Up Song:

“Word Up!” is a funk and R&B song written and recorded by Cameo in 1986. Due to its heavy play on American dance and R&B radio, as well as music video play on MTV (which has LeVar Burton as a police detective trying to arrest the band), the single became the band’s best known hit.

Besides being a commercial success, the track also earned critical acclaim from several publications. “Word Up!” won Cameo the Soul Train Music Award for Best R&B/Soul Single as well as the NME Award for Best Dance Record. Like the band’s previous single “Single Life”, “Word Up!” features a sample of the opening notes of Ennio Morricone’s theme to The Good, the Bad and the Ugly. 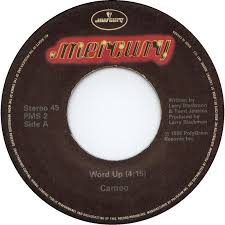 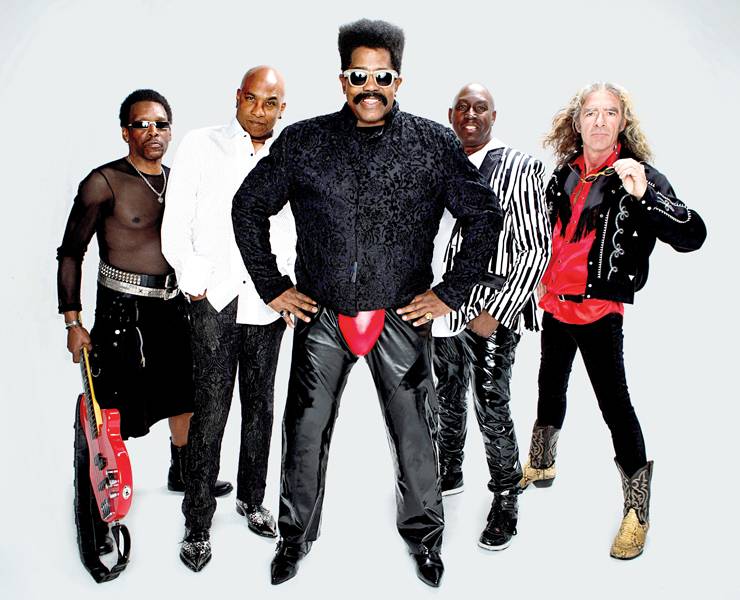 Cameo is an American soul-influenced funk group that formed in the early 1970’s. Cameo was initially a 14-member group known as the New York City Players; this name was later changed to Cameo to avoid a lawsuit from Ohio Players, another group from that era.

As of 2009, some of the original members continue to perform together, while two others were hired by the hip hop group Outkast.  In 2015, Cameo announced a new residency show at the Westgate Las Vegas Resort & Casino, opening March 2016.

In 1974, Cameo started out with 10 members created by Larry Blackmon and called the New York City Players. Signed by Casablanca Records to their Chocolate City imprint in 1976, the group soon changed its name to Cameo after concerns that New York City Players might cause confusion between them and the funk band Ohio Players. Prior to this, Blackmon, keyboardist Gregory Johnson, and the late Gwen Guthrie formed the band East Coast, together with James Wheeler (alto saxophone), Melvin Whay (bass), Michael Harris (percussion), and Haras Fyre (also known as Pat Grant) on trombone. They released one self-titled album in 1973 on the independent label Encounter.

Cameo started with a deep, funk sound, but it was obvious from the start their sights were set on the dance floor. Their first album was Cardiac Arrest. The first hit single “Rigor Mortis” was the start of Cameo’s hit-studded career; it went gold. Ugly Ego, We All Know Who We Are, and Secret Omen contained dance floor songs such as “I Just Want To Be” and “Find My Way”, the latter of which was a major disco smash and was included on the Thank God It’s Friday soundtrack.

The height of Cameo’s career was in the 1980’s, particularly Word Up! with its hits, “Word Up!” and “Candy”. The writers of “Word Up”, Cameo’s biggest hit, were Larry Ernest Blackmon (founder and front man) and Thomas Michael Jenkins (member of the group).

Tomi Jenkins, who released his self-produced CD The Way in 2005, is writing and recording his follow-up EP. He is also the music supervisor/producer on the film Icemosis, the story of a 1970s fictional funk band. The film is in music production and they hope to have the film released in 2013. He is also the author of a murder mystery entitled “Crime, Love and Honor” which he is autographing and selling at concerts.

Aaron Mills continues to tour with Cameo as well as other artists. He has worked with Andre 3000 and Big Boi to record a bassline for “Ms. Jackson”.

Ex-Cameo vocalist John Kellogg became an entertainment lawyer representing such hit artists as the O’Jays, the late Gerald Levert and LSG. He also pursued a career in music industry higher education, becoming Assistant Chair of the Music Business/Management department at one of the world’s leading institutions of contemporary music, Berklee College of Music in Boston, MA.

Larry Blackmon & Tomi Jenkins recorded the next Cameo album with a tentative release scheduled for late fall 2012 or early 2013.

Such an 80’s song! My parents use to blast this song back in the day!

Your parents? Thanks Jasmine!!! ha/ha Just Kidding!!! They must have rocked out to good stuff. 🙂

Way to make me feel old!!! Just kidding. 🙂 I was 9 in ’84 and only remember certain things. I’m just glad for the internet now, to be able to retrace and see things again!

I definitely remembered the song when I played it but it didn’t conjure up any specific memories this time. It has a catchy beat though!

Some music meant more to others. Thankfully, there are many different types to choose from. 🙂 Thanks for stopping by.

I had young parents, and they loved this song. I remember them playing this song alot.

Before playing the video, I would have said that I was unfamiliar with the song. I didn’t recognize it by its name, but as soon as it started playing, I knew it.

That is so true with so many songs. We either think that they are named something else, or have just forgot what they are. I’m glad that you still remembered it. 🙂

Thank you for sharing! This is on my cardio playlist for walking. I love it!

That’s a great idea, Jenn!! That would definitely make me walk a bit faster. 🙂

So fun learning all this background info! What a blast from the past!

That’s why I love doing these posts! Back in the no-internet days, we couldn’t know all of this about a band usually. 🙂

Thanks so much for the blast from the past! What fun!

It definitely is – you’re welcome, Ellen!

OK that really is a classic and I will have that song in my head for the rest of the day. I don’t think I have ever watched the music video before!

The video was definitely a different one!! ha/ha