For this week’s “Things That Bring Back Memories” post, I am going to pick something in the topic of “TELEVISION” and go with Beavis & Butt-Head.  This was a show that was a favorite on MTV in the 90’s.  It started in 1993 and most of us loved watching it with friends later in the evening and cracking up, probably because it was just so dumb!!

I don’t know how many people still see this photo below, and know exactly what he was going to say….do you? 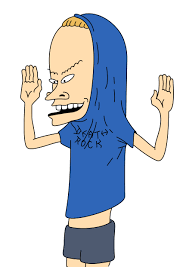 For those of you, who are either too young, or just don’t remember it, here’s a video of the intro to the Beavis & Butt-Head show:

and of course the warning before watching for those that were dumb enough to try things themselves: 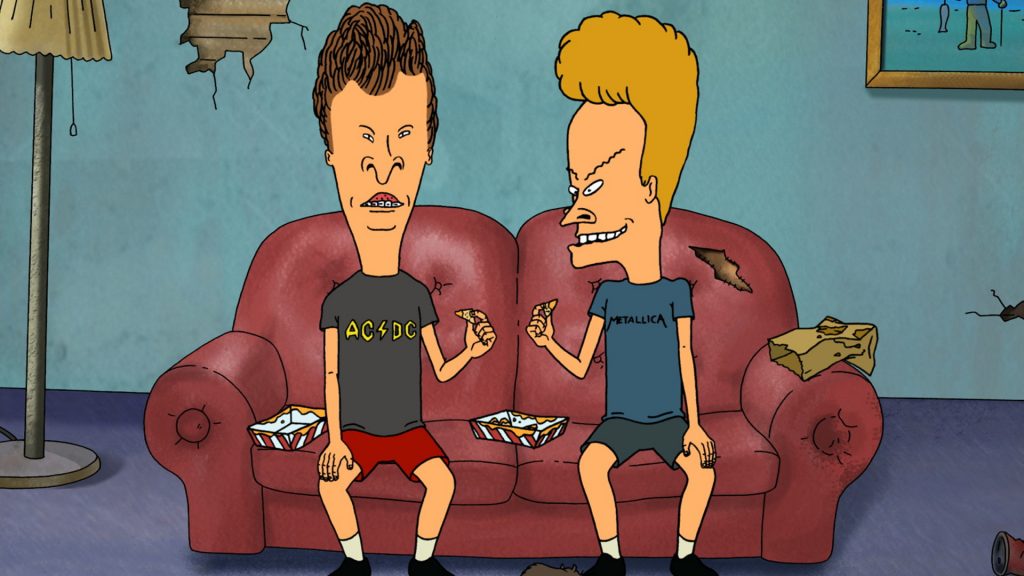 Beavis and Butt-Head is an American animated sitcom created and designed by Mike Judge.  The series originated from Frog Baseball, a 1992 short film by Judge originally aired on Liquid Television. After seeing the short, MTV signed Judge to develop the concept.  The series first ran from March 8, 1993 to November 28, 1997. In 1996, the series was adapted into the animated feature film Beavis and Butt-Head Do America.

It was revived in 2011 and new episodes began airing on MTV from October 27 to December 29, 2011. Mike Judge has stated that he wants to try to get Beavis and Butt-Head back on MTV or another network.

The show centers on two socially incompetent, heavy metal-loving teenage wannabe delinquents, Beavis and Butt-Head (both voiced by Judge), who go to High School at Highland High in Albuquerque, New Mexico (the same city where Judge went to high school). They have no apparent adult supervision at home, and are dim-witted, under-educated and barely literate, and both lack any empathy or moral scruples, even regarding each other. Their most common shared activity is watching music videos, which they tend to judge by deeming them “cool,” or by exclaiming, “This sucks!” (the latter is sometimes followed by the demand, “Change it!”). They also apply these judgments to other things that they encounter, and will usually deem something “cool” if it is associated with violence, sex, or the macabre. Despite having no experience with women, their other signature traits are a shared obsession with girls, and their tendency to chuckle and giggle whenever they hear words or phrases that can even remotely be interpreted as sexual or scatological.

Beavis and Butt-Head are in ninth grade at Highland High School. Their stupidity leads to a demotion all the way down to kindergarten in the episode “Held Back,” but they soon prove to be such an annoyance that the elementary school principal quickly re-promotes them back to Highland High. 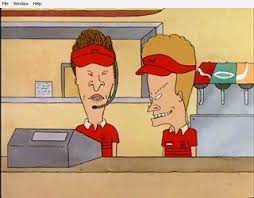 Each episode features frequent interstitial scenes in which they critique music videos using commentary improvised by Judge. The remainder of the episode depicts the duo embarking on some kind of scheme or adventure.  Their teachers at Highland High are often at a loss as to how to deal with them, and in many episodes they skip school altogether. Their actions sometimes result in serious consequences, but often for others, for which they themselves show no remorse whatsoever.

Over its run, Beavis and Butt-Head drew a notable amount of both positive and negative reaction from the public with its combination of lewd humor and implied criticism of society.  It became the focus of criticism from social conservatives, such as Michael Medved, while others, such as David Letterman, and the conservative magazine National Review, defended it as a cleverly subversive vehicle for social criticism and a particularly creative and intelligent comedy. Either way, the show captured the attention of many young television viewers in the United States and abroad and is often considered a classic piece of 1990’s youth culture and Generation X. Trey Parker and Matt Stone, creators of South Park, cite the show as an influence and compared it to the blues. They met Mike Judge before the show aired.

In 1997, Dan Tobin of The Boston Phoenix commented on the series’ humor, stating that it transformed “stupidity into a crusade, forcing us to acknowledge how little it really takes to make us laugh.”  In 1997, Ted Drozdowski of The Boston Phoenix described the 1997 Beavis and Butt-Head state as “reduced to self-parody of their self-parody.”  In December 2005, TV Guide even ranked the duo’s distinct laughing at #66 on their list of the 100 Greatest TV Quotes and Catchphrases.  In 2012, TV Guide ranked Beavis and Butt-Head as one of the top 60 Greatest TV Cartoons of All Time.

Mike Judge himself is highly critical of the animation and quality of earlier episodes, in particular the first two – Blood Drive/Give Blood and Door to Door – which he described as “awful, I don’t know why anybody liked it… I was burying my head in the sand.” 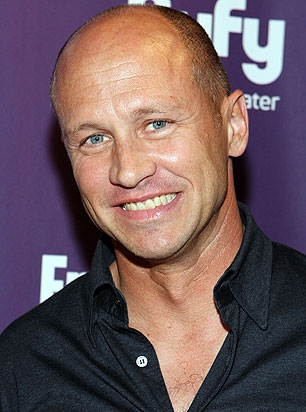 Michael Craig Judge is the second of three children born to archaeologist Jim Judge and librarian Margaret Blue. He was born in Guayaquil, Ecuador, where his father worked for a nonprofit organization promoting agricultural development. Judge was raised from age 7 in Albuquerque, New Mexico. Judge attended St. Pius X High School before graduating with a Bachelor of Science in physics in 1986 from the University of California, San Diego.

Judge also created Silicon Valley with King of the Hill executive producers John Altschuler and Dave Krinsky. The HBO comedy is a single-camera live-action sitcom set in Northern California. One of its main themes is the idea that “the people most qualified to succeed are the least capable of handling success”.  The first season of Silicon Valley was 8 episodes long, and received critical and public acclaim. (Silicon Valley would be renewed for a second season on April 21, 2014, and a third HBO season began airing in April 2016.)

In 2013, Judge collaborated with Seth MacFarlane on a mashup episode of Family Guy. In this episode, complete with a Hill-themed opening, Judge reprises his role as Hank Hill.  Earlier in 2010 and 2012, Judge played cameos as Hill on two episodes of MacFarlane’s The Cleveland Show. 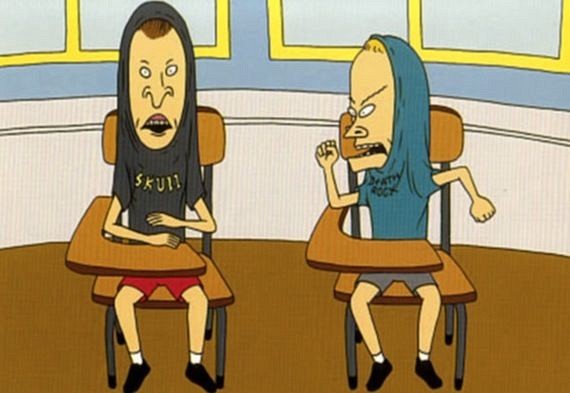 Beavis & Butt-Head – Did You Know?

My little guy likes beavis and butthead, I feel a little guilty since its an adult show, but it’s still hilarious

Some of the stuff in today’s cartoons seems to be worse than this was, back in the day! 🙂